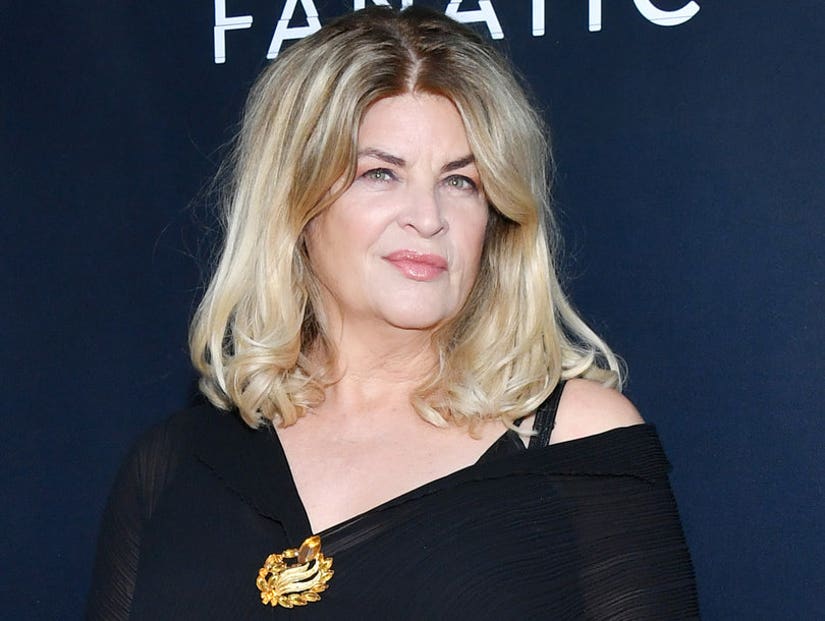 "For u who don't know much about me, I used to be a coke head," the 68-year-old confessed on social media.

Kirstie Alley celebrates her sobriety every week by treating herself to fresh flowers.

The "Cheers" actress took to Twitter recently to reveal she gave up cocaine 40 years ago and "vowed to spend the same [money] weekly on flowers that I'd spent on drugs."

"For u who don't know much about me, I used to be a coke head," the 68-year-old captioned a snap of a giant bouquet of flowers, adding, "I buy & arrange my own flowers as a gift to MYSELF. I buy them in the grocery store."

Kirstie has been open about her addiction, telling Howard Stern in 2013 she initially tried the drug after a devastating split from her first husband, Bob Alley, in 1977.

"I didn't do drugs until I was 25," Alley recalled to the shock jock (via Huffpost). "I got a divorce from my husband, and I started hanging out out with this guy I was sort of madly in love with. He had already done all of his drugs, but he had a lot of druggie friends."

For u who don't know much about me, I used to be a coke head. I quit drugs in 1979 & vowed to spend the same $ weekly on flowers that I'd spent on drugs. I buy & arrange my own flowers as a gift to MYSELF. I buy them in the grocery store ..:)!🥰🌷🌹🌺🌸 pic.twitter.com/WfbcHXjkVC

"I had heard that cocaine made you peppy and happy and I was sort of depressed because I had gotten a divorce and wrecked everybody's lives. So I thought, 'I'm gonna try this,'" she added. "I took one snort of cocaine, and I go, 'Oh my God! I'm gonna do this every day for the rest of my life!'"

Kirstie credits Scientology and its rehab program for turning her life around.

"When I came to Los Angeles in 1979 I went to the detox center at Narconon," she told Los Angeles Times in It was like night and day once I had completed the program. I've never had the desire to do drugs since. When I was straight, I had the courage and energy to try to become an actress. I owe my career to my will to stop using."

Her legion of admirers chimed in on social media with support as one wrote, "Love this! So proud of you with 40 years of sobriety and I'm glad that you do that now!! If I could I would send you flowers!!! Huge fan!!!! Always will be!!!"

That is so beautiful and YOU deserve them. Each year as I celebrate my sobriety I try to treat myself to something I really like or want. I absolutely LOVE the vase you have your flowers in, such elegant taste as always! Very proud of you for all you've done & continue to do❤️