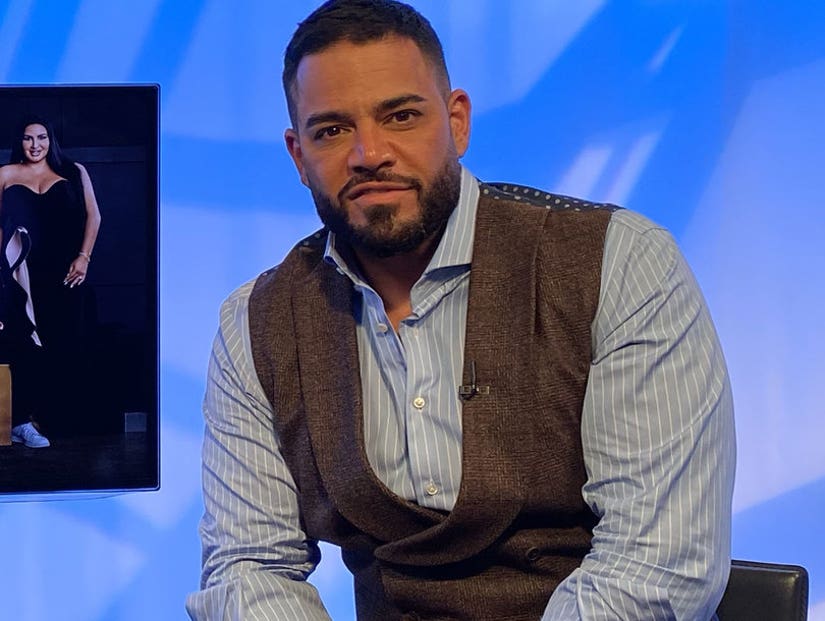 There's some serious drama coming this season on "Shahs of Sunset" and Sunday night's "Strip Jenga" situation is only the tip of the iceberg.

In the episodes ahead, friendships will be severed, lawsuits threatened and restraining orders granted as the show's cast turns on each other like never before -- and we caught up with one guy caught right in the middle.

Mike Shouhed swung by the TooFab studios to tease some of the awkward and/or explosive encounters to come on the Bravo series, starting with rumors Reza Farahan's husband Adam has been sending nude photos and playing "Strip Jenga" with other men while Reza's out of town.

"I'm just as guilty as the person who started the rumor if I don't get in front of it and tell my friend, this is happening behind your back, I want you to know about it," he said of why he instantly relayed the intel to Reza.

"I thought everything was just cool, it was going to be brushed under the rug and be over but I turned around for a second and before I know it there's a massive explosion in our friendships and that's where things just started getting crazy," he said.

The "massive explosion" occurred when Mercedes "MJ" Javid began slamming some of her costars -- and Reza in particular -- after she gave birth to her son, Shams Francis Feight, weeks ahead of schedule. She said Reza blocked her on social media at the time and nobody else from the show reached out to her to see how she was doing. It all escalated from there, with MJ's husband allegedly vandalizing Reza's house, leading to Reza getting a restraining order against him.

And, yes, all of this will play out as the season progresses. 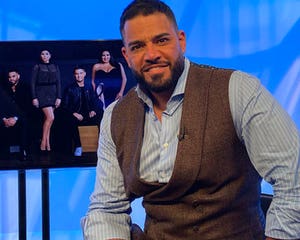 "This season's gonna be the biggest, craziest, funniest, most entertaining season of any show ever on Bravo, ever," promised Mike. "Not just of 'Shahs.' Of 'Shahs' for sure, but of any show on Bravo ever. We literally did not hide anything. We put everything out there and I think the audience is going to really appreciate it."

Mike said he was put in an awkward situation when Reza and MJ started going at it, telling TooFab, "Things blew up and here's my brother and my sister fighting each other."

"Here I am, the Libra, the person who -- although I do get angry -- I typically like things to be harmonious and beautiful and friendly and their relationship was anything but those things," he continued. "I was trying to get them to be at a place where they saw the good in each other and it was a struggle. You see all that, how the rumors popped up, how they were spread and how people took sides and here I was trying to juggle a group of friends to keep everyone together, even though people were like I'm done, I never want to see these people again." 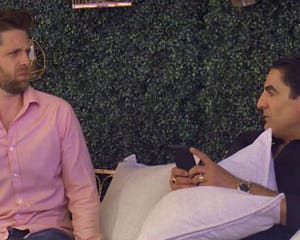 He added that both of them did things that he couldn't justify, but said the fight only got so ugly because their friendships were so deep in the first place.

While Mike wouldn't say where everyone stands now -- saying it would be an "injustice" to the viewers -- he's very happy with how the season plays out.

"If this is our last season of Shahs, I'm proud to say we left everything on the table," he explained. "You will laugh, you will cry, you will cheer, you'll be upset, you'll be mad, you'll root for certain people, but at the end, you'll be like, 'Wow, if I never watch reality TV again, this was the show to end it with."

He also joked they might need some "armed security" when it comes time to film the reunion. 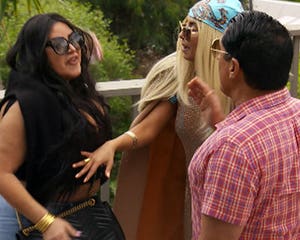