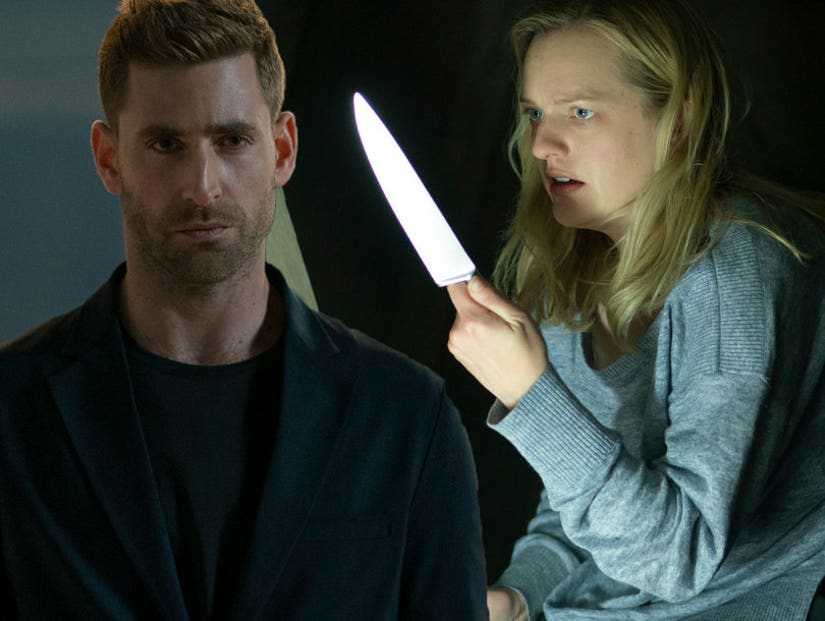 Star Oliver Jackson-Cohen opens up about playing the titular villain and why he believes this is an important story to tell right now.

When a new reboot, remake or even prequel is announced, the first question is -- or at least should be -- "Why now?"

While Universal Pictures may have faltered answering that question when it came to their failed attempt to launch the Dark Universe with Tom Cruise's "The Mummy" in 2017, "The Invisible Man" is a movie made for a 2020 audience.

Written and directed by Leigh Whannell -- who wrote the first three "Saw" movies and the "Insidious" films -- this reboot follows Elisabeth Moss' Cecilia as she faces off against an unseen force following the mysterious death of her abusive ex, played by "The Haunting of Hill House" alum Oliver Jackson-Cohen. As the attacks on Cecilia intensify, less and less people believe her, a familiar tale as awareness grows about the prevalence of gaslighting and cries of "believe women" increase.

"I think what Leigh's done with 'The Invisible Man' is really incredible and actually really important," Jackson-Cohen told TooFab. "If you're going to take 'The Invisible Man' property, this is the way to do it. You make it a character-driven story. The crux of the story about domestic abuse, about a woman asking for help and being told that she's crazy, it's such a genius premise for a movie and I think it's important ... especially with what's happened in the past couple of years." 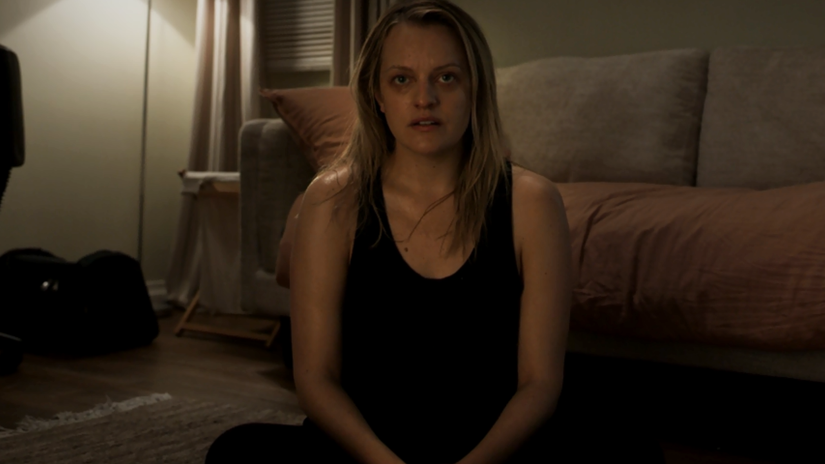 That, of course, would be the rise of the #MeToo and Time's Up movements, which both launched after allegations of rape and sexual misconduct were made against Harvey Weinstein. This week, Weinstein was found guilty of criminal sexual assault and rape in the third degree, while many others in the industry have been exposed for their behavior.

"The #MeToo movement happened and then Time's Up and the worry is that sometimes those things become fashionable and it becomes a trend and then people move on and it is still happening," he continued. "And so it's important that we keep on putting these stories out into the world and it becomes a mirror in a way for society to look at themselves."

To research his role of Adrian Griffin and his abusive relationship with Cecilia, the actor read a lot of interviews with women about "the varying degrees of emotional manipulation and abuse." In doing so, he learned "sometimes the psychological aspect can be more damaging" for the victims, something he believes the movie handles "in a really respectful way, that isn't exploitative."

"He's managed to make a movie that's really thrilling as well," he added of director Whannell, "My hat comes off to him." 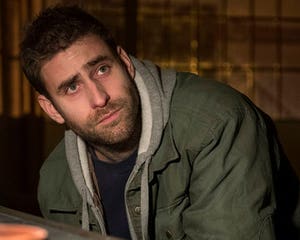 Jackson-Cohen, Whannell and Moss worked hard to really figure out the backstories for their characters, sitting down together for a few days to flesh it all out. According to the actor, the director told him his script was "80% done" when he and Moss signed on -- and added "That's why I hire you, and that's why I hire Lizzie, we finish it together."

"Even though you don't see it in the movie, we felt it was very important that us three were very, very clear about what had gone on prior, what this dynamic was like," added Jackson-Cohen. "There's this kind of threat that follows throughout the movie because we are so clear on the intention, we're so clear about what's happened."

"We felt a responsibility to tell the story," he continued. "And this particular story of Cecilia and Adrian and the dynamics of the abuse that goes on as truthfully as possible."

The "Hill House" star compared what Whannell has done to how Mike Flanagan updated the Shirley Jackson novel for Netflix, saying they both found a way to take a known tale and completely turn it "on its head" to make it "incredibly relevant." He added, "If we've run out of ideas in Hollywood, we need to be really hiring intelligent people" to reimagine what's out there.

Jackson-Cohen is not new to adaptations. Before both "Hill House" and his latest project he also starred on NBC's short-lived "Dracula" series and played an updated version of the Scarecrow on NBC's "Game of Thrones"-y "Wizard of Oz" series "Emerald City." Admitting some of his past work "have not been great iterations" of their source material, trying to put a new stamp on a known property is something he's "always jumped into with open arms."

He said he had no hesitations about updating "Invisible Man," partly because he had no idea that's actually what he was signing on for in the first place.

"Actually, if I'm being perfectly honest, I hadn't put two and two together that it was 'The Invisible Man' because it was such an original story, because it was such a character driven story," he explained. "Had there sort of a monster, potions ... but I didn't realize until they announced I was playing him and suddenly my phone went insane. That's when I sort of put it together. So it's a testament to Leigh that he managed to write something that pulled the wool over my eyes entirely." 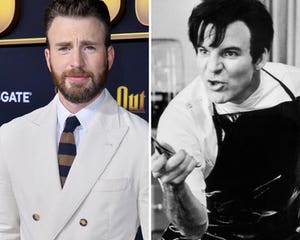 If this movie becomes a success -- and with opening weekend projections around $20 million against a $7 million budget, it should be -- expect Universal to move full steam ahead with more monster movies. "Bridesmaids" director Paul Fieg is working on a film called "Dark Army," while Elizabeth Banks is attached to write/direct/star in "The Invisible Woman." Universal's also working on "Monster Mash," based on the song of the same name, and talk of a new "Bride of Frankenstein" just won't die.

As for the one he's itching to see get an update: "Dr. Jekyll and Mr. Hyde." 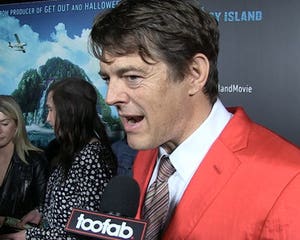