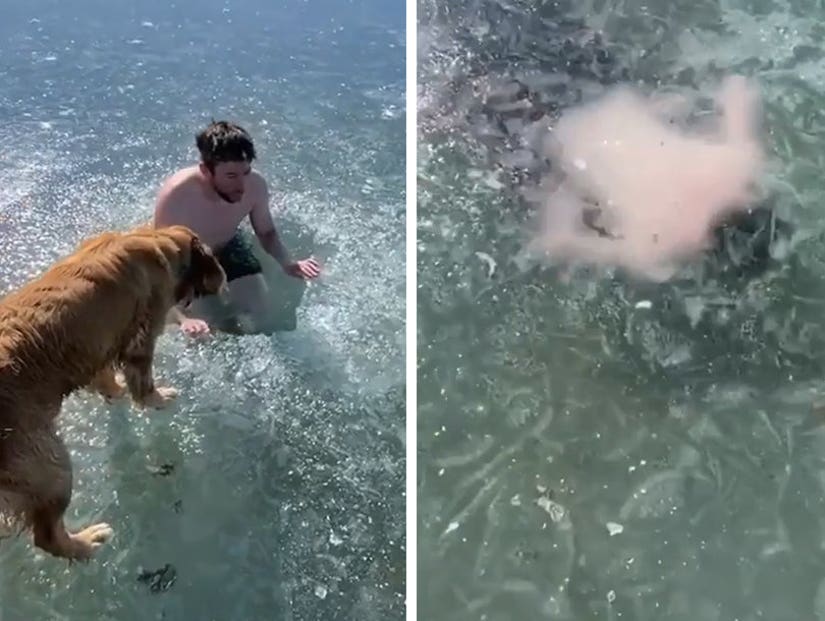 The viral sensation didn't learn his lesson and dove in for round 2.

High-risk stunts performed on TikTok are proving numerous and near fatal -- all in the name of social media clout.

The latest madcap example was brought to us by Jason Clark, who took to Instagram this week to regale us with his tale of a near-death experience when he attempted to swim under a sheet of ice on a frozen lake, while a friend filmed it.

"I have never been this close to dying. I didn't think my eyeballs would freeze so quick," explained Clark, who has garnered over 400,000 followers as @jasontodolist on the uber popular platform.

The clip shows Clark -- dressed weather-appropriately in nothing but shorts -- standing in a hole in the ice before he takes a big breath and dives into the lake, where he swims for about 30 feet before appearing to lose his sense of direction.

"The surface of the water where the hole was didn't look any different than the bottom of the ice. When I flipped around and felt solid ice I thought I was at the hole. When I wasn't that's when I decided to head back and follow the dust I kicked up," he detailed.

The dust, however, had drifted and caused him more confusion he said, making him swim farther away from the hole, when he eventually tried to break the ice with his back, to no avail.

"I was so short on breath I couldn't really see anymore," he added, while admitting he thought this was the end of the line for him.

"I had accepted that was it and I wasn't going to make it. I swung my hand at what I though was just a lighter spot of ice and my hand came through. I then got a ton of energy to stand up. It took 2-3 breaths to regain my vision after resurfacing."

If the stunt had continued any longer, he said he couldn't have counted on his camera operator to help, as "she genuinely thought it was another one of my jokes and didn't recognize the severity of the situation."

The close encounter with the other side, however, didn't deter the daredevil, as he attempted the stunt once more, with success.

"You have to try it twice! Added a little more safety. The exit hole is almost comically big," he shared on Instagram. 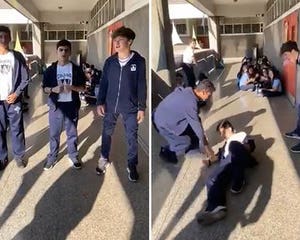 Followers were quick to comment on the posting, with one user saying, "I've nominated you for a Darwin Award," as another shared, "Maybe the stupidest thing I've seen all my life. Ffs, you're not a teenager. Get your s--t together."

Even celebrities chimed in, as Will Smith simply captioned the clip, "#AwwHellNaw," and Jennifer Garner responded, "I do not like this. 🙈🙈🙈"

Clark's social media splash is only the latest in TikTok stunts that have proven dangerous. 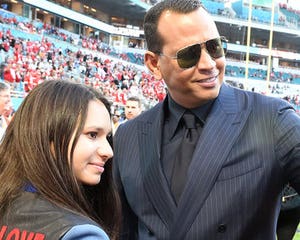 The "Skull Breaker Challenge" has unknowing children being pranked to the point of head trauma. The "Penny Challenge" involves slipping a coin behind a partially plugged-in phone charger to watch sparks fly, which is being branded a fire hazard. Another prank has a person pouring milk and cereal into the mouth of a willing participant lying on their back, who then attempts to eat the breakfast meal. The "Cereal Challenge" can cause severe choking.

TikTok has issued a statement condemning such acts.

"The safety and well-being of our users is a top priority at TikTok. As we make clear in our Community Guidelines, we do not allow content that encourages, promotes, or glorifies dangerous challenges that might lead to injury, and we remove reported behavior or activity that violates our guidelines."