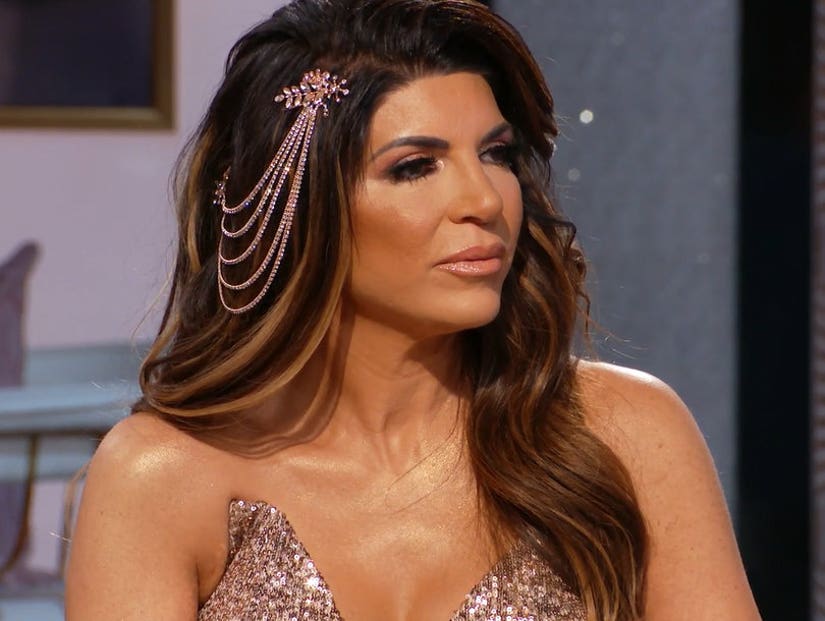 Part Two of the "Real Housewives of New Jersey" reunion was all about Teresa Giudice.

The episode kicked off with Melissa Gorga and Jennifer Aydin wrapping up their fight from last week, with all the women agreeing not to throw things at each other in the future -- what a concept! From there, Andy Cohen set his sights on Teresa, who was largely quiet during the first hour.

First, he brought up how Tre and mortal enemy Caroline Manzo appeared in a Super Bowl commercial together for Sabra hummus. Saying she "of course" did it for the money, Teresa revealed their feud is nowhere near squashed. 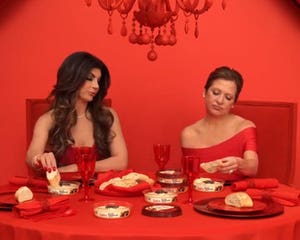 According to Teresa, Caroline first reached out to her lawyer, so they could all speak through him. They hopped on a threeway phone call, "and then we got into it," said Giudice. "She's like, 'When we see each other we are gonna sit down and talk," she explained, "I was like, 'Excuse me, we're not doing anything!'"

Cohen mentioned this conversation would have happened after Teresa accused Manzo of "ratting" to the feds, leading to her and Joe's imprisonments. According to Teresa, that didn't even come up. She also said she didn't think Caroline literally called the authorities, but thought some of her comments about Joe's questionable behavior may have put the microscope on them.

"I said, I'll be honest with you, 'I think you're a f--king shit person," Giudice said she told Manzo. "You were friends with me, my sister in law, Kathy came on the show and you f--king dump me. It was all them against me, I thought she was a shit person for doing that."

"I said, 'No matter what, you're gonna think you're right and I'm gonna think I'm right, so we're never gonna get anywhere,'" she continued. "So I said, 'Let's just go do our job and be done with it and that's what we did."

Giudice said she had no interest in trying to patch up their relationship, adding, "I think she'd not a good person at all."

Cohen, of course, had to ask a ton of questions about Joe as well, as he awaits a decision on his deportation case appeal in Italy. The two announced they've separated, but have not yet filed for divorce. Of the couple's kids, Teresa said they "don't love the idea" of their parents splitting, "but they get it."

A clip reel was then shown of Joe's harsh words for Teresa on the show, as Andy asked if she's spoken with their children about how Joe sometimes speaks to her. "I tell my daughters, I say to them, 'Daddy's a great father, I don't want a guy to speak to you the way daddy speaks to me," she said. "I want you to find a guy who puts you on a pedestal in front of everybody."

She then claimed he only spoke harshly to her when they were filming, as he "tried to act like this macho guy." Melissa disagreed, saying "it was not just on the show. He hated the cameras ... he wasn't passionate, he wasn't a kissy guy." When Teresa said they had a "great marriage," Melissa simply told her, "You can do a lot better."

Conversation then turned to the men Teresa may or may not be hooking up with aside from Joe. There were cheating rumors all season long, after she was photographed with younger men and flirted a bit with her "pool boy."

First, Giudice assured Andy she "didn't get my pipes cleaned" after they ran into each other at the beach over New Year's Eve in 2019. Though she said she has the green light now to have fun since splitting from Joe, she said she hasn't -- adding, "I want to though. I'm dying to!"

"My first guy was Italian, I want my next one to be Jewish," she continued. "I heard Jewish men make the best husbands. I want somebody to talk so sweet to me and gentle, I want to be beautiful to him. I'm done with the whole Italian, tough guy. I'm tired of that. I want something different."

Teresa said she and the pool boy are just good friends, before calling out her brother-in-law for letting daughter Gia know there were cheating rumors in the first place. "I ripped him a new asshole," said Giudice. "If you have something to say, you call me!"

She also said she'd consider having another kid with another man, so she can finally get a baby boy.

The "Real Housewives of New Jersey" reunion will wrap up next Wednesday, with a sure-to-be explosive appearance from Danielle Staub. 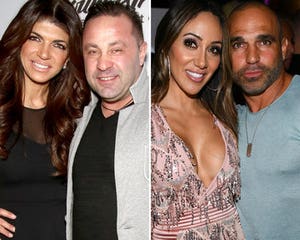