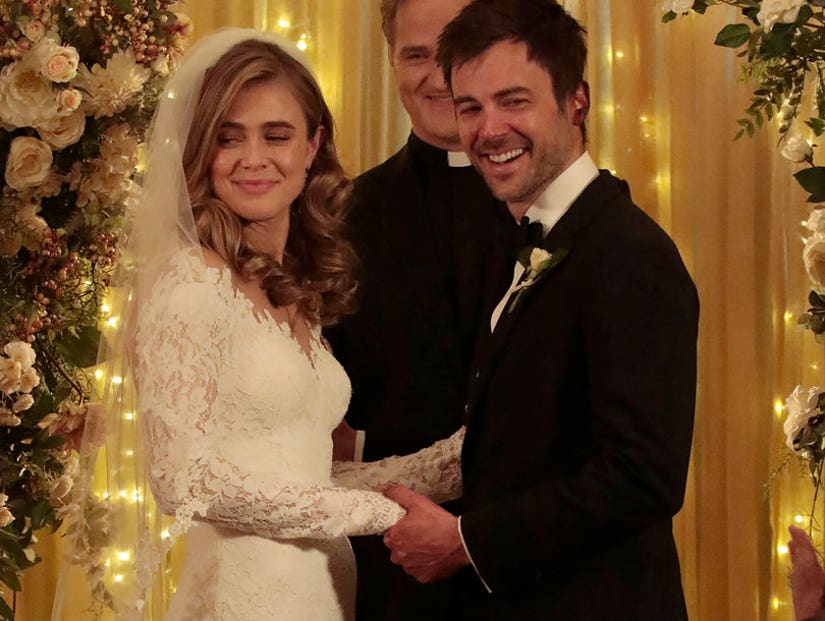 The mysterious shadowy trio from last week proves to be a bigger problem than anticipated -- plus, a multi-layered Calling brings as much clarity as it does more questions.

The penultimate installment of "Manifest's" second season brought tears, reconciliation and a looming danger that manifested (see what we did there) into a genuinely frightening situation by hour's end.

It also brought a new Calling that led Ben on another quest to help a Passenger, as well as uncover something genuinely surprising. But even that may not be what it's really about. We have so many questions about what's going on with that situation. But we have so many more about everything else. 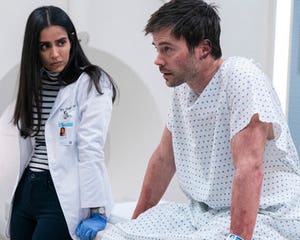 Next week it all comes crashing down, so to speak, as the season wraps and we hopefully find out for sure if Zeke can survive the Death Date or if he and Michaela will have one of the shortest marriages in television history?

That's right, we got a beautiful wedding at Ben's house as Zeke and Michaela obviously had to put a rush on their nuptials. Michaela even got Jared to agree to come, though he ultimately couldn't handle the sight of her in a dress -- probably thinking how they were supposed to get married before Flight 828 messed everything up -- and fled the scene.

Still, it was a lovely ceremony, despite Michaela freaking out beforehand and Zeke's mother almost refusing to show up when she found out his estranged father was going to come. Perhaps those two will work on reconciling their relationship just as Zeke and his mother have. His father has remorse for abandoning the family, so there's something to work with there to at least find cordiality and maybe forgiveness.

We have to wonder if Ward, the passenger Ben found this week following a Calling, was just another one-off appearance as the "case of the week." Ben seemed to resolve his trauma pretty quickly. We say this because Ward had the same Calling as Ben about the exploding plane. It's what brought them together, so Ben thought telling this inspector that it wasn't his fault the plan exploded would resolve the Calling but --

Let's just say that's only one of the many, many questions we have after this week's episode. But the following are the ones keeping us up at night as we anticpate next week's big finale (and start hoping and praying NBC renews this for a third season because we know we're going to have even more questions then). 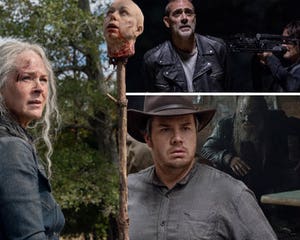 Is TJ Really Going Off to Egypt Alone?

We get that TJ is technically an adult and he can certainly head forth to Egypt on his own, but is the show really going to do that and have him try and find answers to Al-Zuras' journal on his own? He invited Olive to go with them, in a very sweet moment where he revealed all of this was so he'd be around to build a life with her.

Perhaps he'll just go on whatever time span there is between seasons so he'd be back with whatever he finds by the time the show returns. Or perhaps Olive will go with him after all. Or will we get a split narrative and "Manifest" the budget to at least pretend he's over there?

Why Does Pete Go Along with Jace and Kory?

We have so many questions about the trio of men we're simply going to call the Shadows, because of how they've haunted Cal and Adrian already. We get that Jace is a crazed badass and Kory is a cool badass, but we're not so sure about Pete. They were set up like they were these three forces of evil, but Pete seems to be a reluctant participant, and one who's terrified of his brother Jace.

We're still trying to figure out the dynamic of this trio, but it's clear Pete is the weak link. But his fear and trepidation has us questioning everything about them, and why he's going along with them? Is it just fear, or some sense of obligations, or does he have his own hidden dark side we've not seen yet? 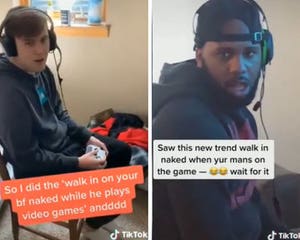 Was Finding Mom's Veil a Coincidence?

So at first it looked like the Calling was about putting Ward's mind at ease. But then a second wave of it hit outside his apartment and miraculously led Ben to his mother's veil, given away years ago now, just in time for Michaela to wear it at her wedding.

But even that didn't prove the point of the Calling, as he had it again after the wedding, so was it just a coincidence him finding the veil? Or does this particular Calling have no less than three different purposes, that we know of so far?

Can Callings do multiple things at once? It wanted to help put Ward's mind at ease and give Michaela a sign that marrying Zeke was the right thing? Why would the Calling care about that?

Are Jared and Andrea Gonna Be a Thing?

Seriously, there's some tension there and Andrea seems like a character that's gonna stick around. Honestly, we're not mad about it as we kind of dig her as another strong, clever, independent woman on this show. We're not saying she needs to become a thing with Jared, but we'd like to see him find some happiness and he clearly has a thing for cops.

It could happen and all we're saying is we wouldn't be mad about it. 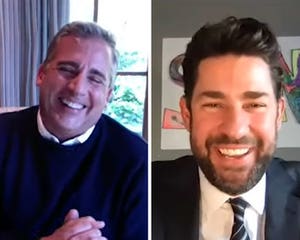 Did Michaela Really See Her Mother?

During the ceremony, Michaela looked out and saw her mother sitting next to her father. Now, we could chalk this up to a wishful thinking or symbolic moment, but she later told Ben about it as if it was this vivid vision. So was it? Was it even perhaps a Calling?

If the Callings were invested enough in her marriage to lead Ben to their mother's veil, then perhaps they wanted to reassure her even more by having her mother appear. Or maybe it was a totally unrelated vision to the Callings. At this point, though, we're not ready to write anything off.

Are the Callings Trying to Teach the Passengers?

We've heard a lot of theories about the Callings from our cast, but this one is interesting. Perhaps they're not good or evil so much as they are teaching tools. But if they are lessons to be learned, than what are they trying to teach the Passengers? Is it to blindly follow like Adrian thinks, or is it just testing their ability to think and process and follow clues.

Is our cast getting more Callings than other passengers? Are they the most active in pursuing them, thus "earning" more Callings, perhaps? Perhaps it's a progressive path where you learn at your own pace and the Stones and their friends are on the accelerated course. 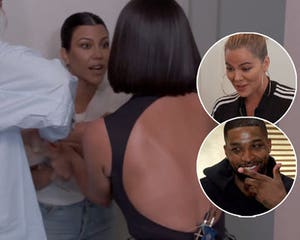 What Is the Exploding Plane Calling?

So it's not about helping Ward and it's not about finding a veil for Michaela, so what is it about? Or is it about those two things and also more? In both of those cases it was about easing guilt and worry. Ward worried he was to blame for the explosion and felt guilt for every death. Micheala was worried about Zeke and felt guilty because she felt she was giving up on him by just marrying him and letting him die.

But the veil put her in touch with her mother, which showed she could have both. So do any of these sentiments tie into the larger Calling? Is it somehow also going to be related to what happens with Cal, or will that just be a huge diversion? Or maybe it's about a general sense of anxiety and guilt and fear that all the passengers are feeling just by having survived. 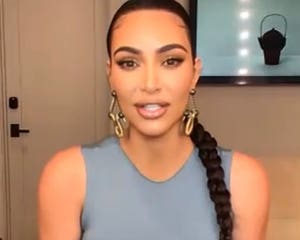 Why Did the Major Wait Until Now to Shut Saanvi Down?

This week it became clear -- at least we think it's clear -- that it was the Major who shut Saanvi down, going so far as to revoke her medical license, which means she's still employed by the U.S. Government and still actively pursuing the 828 case. We never expected her to abandon it.

This week also saw the return of Vance, responding to Saanvi's SOS, and Saanvi vowing to take the fight to the Major. But why did the Major wait so long to shut Saanvi down? Vance thinks she had a breakthrough, so was keeping Saanvi active a part of the plan just in case Saanvi had the breakthrough first? If so, that would mean she was still keeping tabs on Saanvi. If so, who can Saanvi not trust now?

If not, then why did she wait this long? Did it take her all this time to get set up again? Did she know Saanvi was testing things out on herself? Did she know that Zeke had stopped taking the treatments? Maybe without him as a test subject, she lost interest in following Saanvi's work. 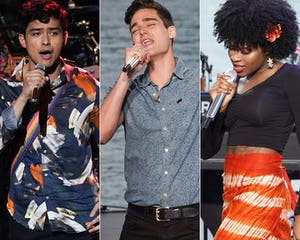 Are the Shadow Just Regular Guys?

We are all over the place with this trio of Shadow guys. Last week, that closing shot made it out like they were these malevolent forces of evil, but this week they were so diminished and humanized throughout the hour, we find ourselves wondering if maybe they're just regular dudes. Even after kidnapping Cal to get to Michaela, Jace said he wanted her to get them their stash back, so are they just drug kingpins?

If so, why are they such shadowy entities and why did they loom over both Cal and Adrian? Why would one shadow (Jace maybe, unless Kory is the real leader) be present in Cal's first-ever Calling drawing before it split into three? If they're not supernatural entities, then why are they so important? Have the Callings been preparing the Stones to deal with these guys?

Do they have any affiliations with any other groups, or are they just independent agents who are capable of orchestrating their own escapes from a prison transfer bus so they can haunt the Stone family (though they did let Jared go despite him roughing up Jace and getting a threat of his own... maybe he's next?)?

Honestly, we don't want them to be regular guys, but if they are, we need a lot of answers as to why they've been set up as the "big bads" this season when we've already dealt with the Major and the Xers. They need to be bigger than both of those things to sell this. 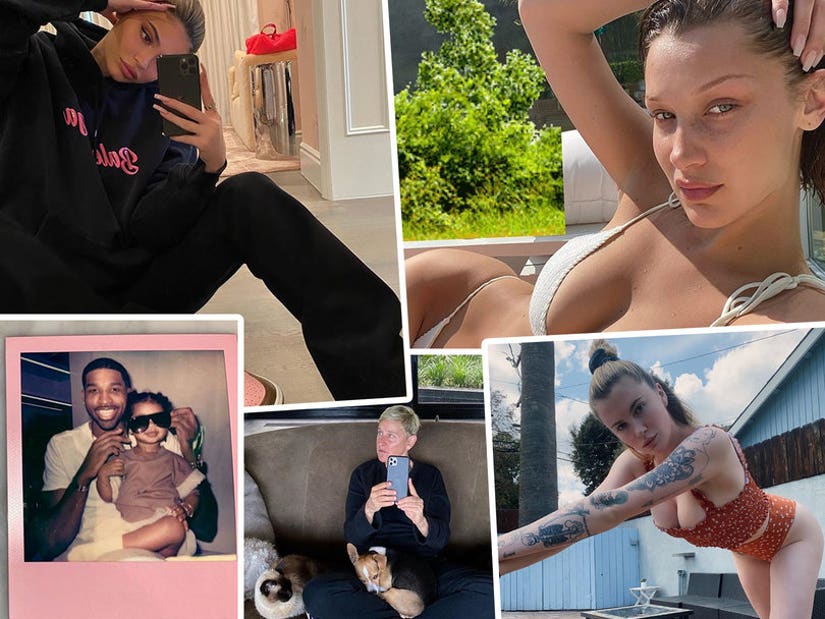