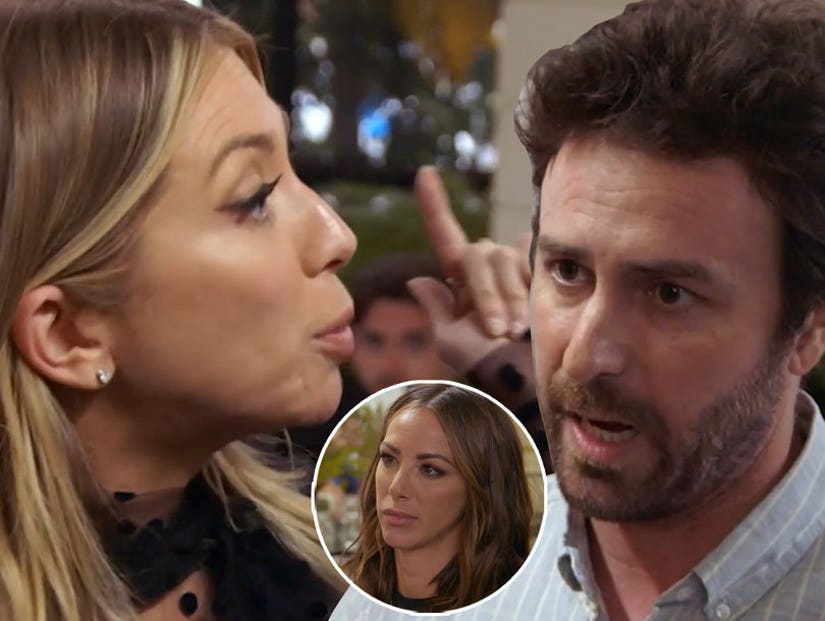 "You don't choose who my friends are, Stassi!"

Beau Clark got caught between girlfriend Stassi Schroeder and her former best friend Kristen Doute on Tuesdays' "Vanderpump Rules" -- and it was not a fun place to be.

Kristen has been on the outs with both Stassi and Katie Maloney, with the two women basically saying their friendship is over for good. Beau, however, was still friendly with Kristen, a fact which clearly upset his other half. 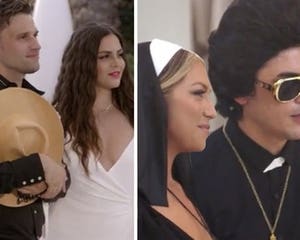 Vanderpump Rules Recap: What Went Down During Tom and Katie's Second Wedding

Stassi said she was "triggered" by Katie's behavior around her man, before bringing their Season 2 drama into the mix, "That's weird and it really does f--king trigger me and this old, when she was with Sandoval and hooked up with Jax, betrayed me and lied about it for a very very long time."

With all this weirdness going on between them, Stassi, Katie and Kristen still had to promote their Witches of WeHo wine with a big party. Schroeder wanted nothing to do with it, reiterating her desire to step away from the partnership when their contract was up.

"I'm Beyonce and I'm ready to leave," she declared in a confessional.

As the women set up the party -- or, as Kristen put it, she set up the party while Katie "helped out" and Stassi did "absolutely nothing" -- Beau was orchestrating an event of his own with Lisa Vanderpump. You see, he planned to propose the next day and Lisa volunteered to host an engagement party with their friends and family after Stassi (hopefully) said yes.

Lisa said they should invite Kristen to the engagement party, with Beau saying he'd see how everything went at the wine event that evening and go from there. Well, based on the event, it's safe to say Kristen probably won't score an invite. 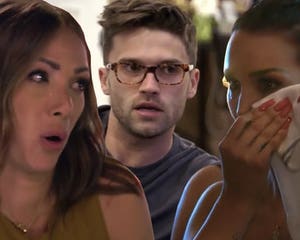 At the Witches soiree, Beau tried to tell Stassi they could at least keep Kristen around "at arm's length," but she wasn't having it. She pleaded with him to "be okay with me not wanting to be friends with someone who is stressing me out and taking away from my life instead of adding to it."

After that tense chat, he then talked to Kristen, who asked if they were still friends. He said that of course they were, but he probably wouldn't be giving her "the biggest hug as I would normally do" with Stassi watching.

"So you can't be my friend because Stassi doesn't like me?" Kristen asked, point blank, "Are you not allowed to have friends that she's not friends with?" He said he just didn't want to make Stassi more upset, prompting Kristen to ask, "Are you afraid of her?"

Making the situation even worse, Stassi then came over as Kristen told her, "I'm trying to just talk to my friend."

"My boyfriend," Stassi corrected, saying Doute's comment was "such a weird thing to say." As Kristen stormed off, she said the whole confrontation was "inappropriate at a wine party."

With Kristen no longer part of the conversation, Stassi then took aim at Beau, saying he didn't owe Doute anything. "Do you want to go run after her? Are you that upset about your friendship ending?" she asked. "What is this? I am shook. What the f--k, why are you so upset about her? You keep choosing Kristen!"

"You don't choose who my friends are Stassi," he hit back, saying he had every right to still consider Kristen a friend. As he asked why she was so upset, she said he was "holding onto something f--king weird."

"You can go home to Kristen or you can go home to me," she told him. "I feel so embarrassed and so weird and I can't believe you're doing this to me right now. I am upset and you refuse to look at me! I am your f--king person, am I not? Am I not? Beau, am I not?!"

As he gave her a blank stare, Stassi walked out. Everyone else looked on in shock, as he then told Katie, "I'm supposed to f--king propose to her tomorrow."

While it doesn't look good, we all know the two did end up getting engaged, with the proposal airing on next week's episode.