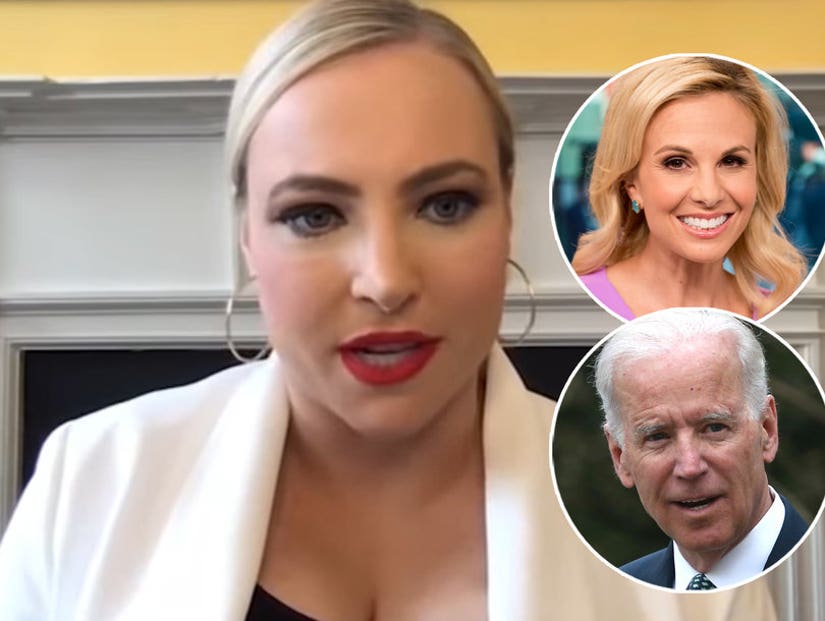 "I don't need to cohost with her again," McCain says of former idol Elisabeth Hasselbeck.

Meghan McCain may have surprised some people with her answers on "Watch What Happens Live with Andy Cohen" on Wednesday night, as she took a stand against one famous conservative while all-but-endorsing a Democratic presidency.

During her appearance on the Bravo series alongside good friend and "Real Housewives of Beverly Hills" star Erika Jayne, McCain was asked for her thoughts on Elisabeth Hasselbeck recent cohosting gig on "The View."

Last month, Hasselbeck returned to the morning show to promote her book, but conversation veered into the controversial as she praised Donald Trump's "strong leadership" during the coronavirus pandemic and said prayer and Purell would save the day. Nobody on the panel seemed to agree with her.

"Yeah, somebody actually sent me a screenshot of my face when she actually said that. I was, I took this virus seriously from the very beginning and thought, wow, this rhetoric was really dangerous," McCain told Cohen.

"I think it's really, really unfortunate and dangerous that she said that," she continued. "I don't need to co-host with her again and it's unfortunate because I've been a huge fan for a long time and anybody's who's screwing around with this virus and putting out certain misinformation, I don't really have a lot of time for right now."

After coming out swinging against Hasselbeck, Cohen wondered who McCain would be endorsing for president and whether she'd be voting for Joe Biden. The Bidens have long been friendly with the McCain family, while Trump obviously has not.

"I just had a really long conversation with him a few days ago and I have, I love him dearly and I keep telling everyone I will promise you you'll know who I'm voting for," she answered, "but it really shouldn't take a rocket scientist to know there's one man who's made pain in my life a living hell and one man who literally shepherded me through the grief process."

"This really shouldn't be rocket science for people. I adore him," she added of Biden.

When asked whether Biden would be the first Democrat her family voted for, McCain said he has been "so integral in my life, especially since my dad got sick."

"I'm always my heart over my head," she continued. "The Trumps are always making my mom cry. Character is really important in this moment and someone who can tamp down fear and anger instead of making it worse."

McCain also slammed Kellyanne Conway and her husband during a game on the show. See what she said about her in the video above -- before adding, "Don't call me or e-mail me KellyAnne, I don't care!"

"She does that every time I say something," added Meghan. "Not interested!"