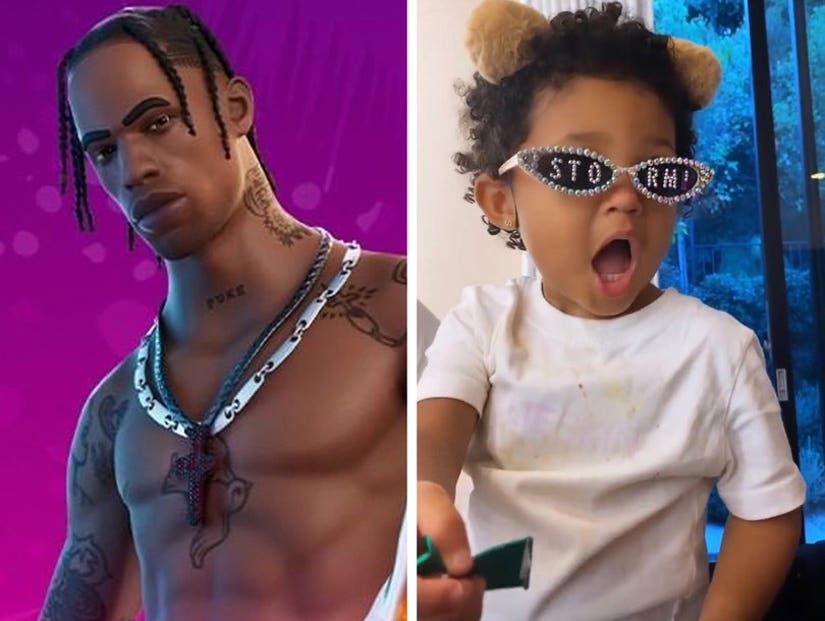 The rapper was releasing a new single on the video game Fortnite, when the 2-year-old adorably interrupted the party.

Travis Scott set an all-time record for his online Fortnite concert, but it was almost derailed by one adorable fan.

On Thursday, the rapper debuted his new song "Astronomical" within the popular online video game and his 2-year-old daughter Stormi crashed his Instagram Live session recording the event, as she hilariously grabbed his Playstation 4 controller to get in some gaming of her own.

"Stormi took over Be back one sec," Travis wrote on the video clip as he filmed her while she rocked a huge pair of headphones.

Sounding surprised at his baby girl's boss move, he said, "My daughter just -- she -- she," before the video cut to the TV screen featuring the Fortnite game.

The same night, Travis' ex, Kylie Jenner, posted a sweet clip of their daughter rocking a pair of bedazzled sunglasses with her name printed on them and a headband with puffy animals ears.

"Stormi your T-shirt, what did you do for dinner time?" Kylie laughed as Stormi smiled for the camera. "You went crazy!"

Stormi must have been on a mission because even earlier in the day, she crashed another one of Travis' Instagram Live sessions.

As Travis picked his daughter up and told her to say hi, Stormi looked straight into the camera and asked, "What's that?"

HONESTLY TODAY WAS ONE OF THE MOST INSPIRING DAYS. LOVE EVERY SINGLE ONE OF U GUYS. AND I KNOW TIMES ARE WEIRD FOR US. BUT FOR ONE MOMENT TO BE ABLE TO HAVE THE RAGERS TO RAGE WHERE EVER YOU ARE IS AMAZING. LOVE U GUYS WITH ALL MY BODY. !!!!! GANG 🌵

And Travis took to Twitter to thank his fans for the amazing support.

"Honestly today was one of the most inspiring days," he wrote. "Love every single one of u guys. And i know times are weird for us. But for one moment to be able to have the ragers to rage where ever you are is amazing," he tweeted. "Love u guys with all my body. !!!!!"

In case you missed Thursday's concert, there will be encore presentations until Sunday. 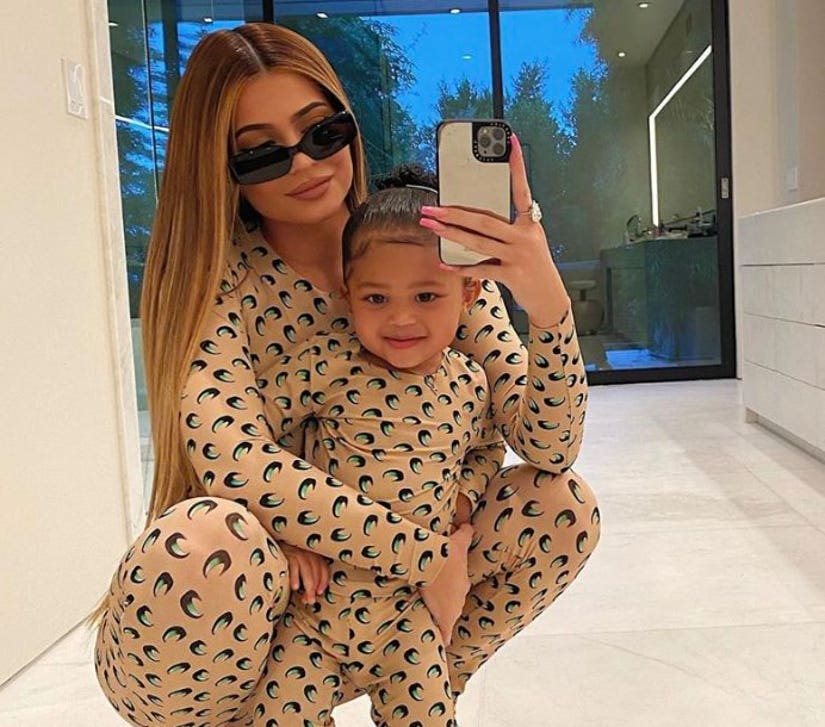