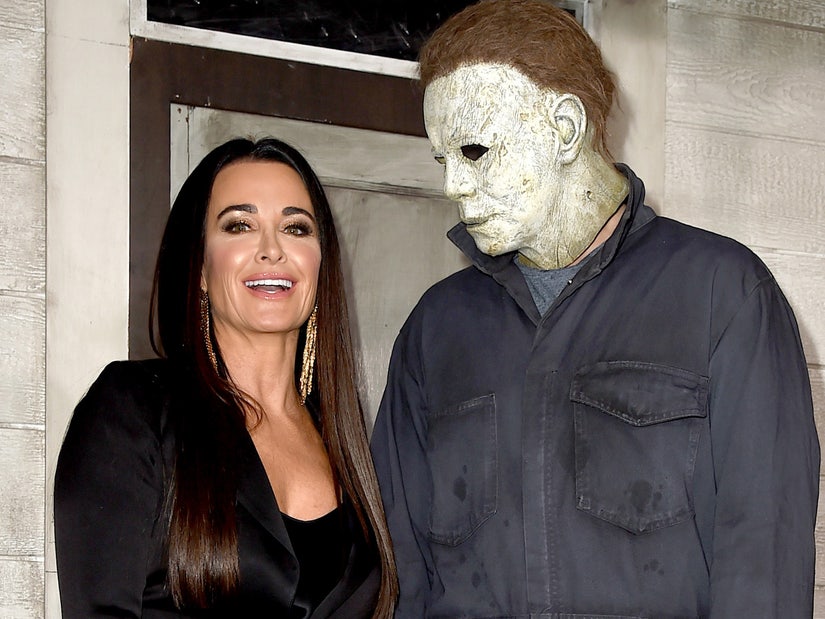 Kyle spills on her return to "Halloween" role and one scene she was "terrified" to film.

The "Real Housewives of Beverly Hills" are nothing compared to masked maniac Michael Myers.

Kyle Richards recently reprised her 1978 role as Lindsey Wallace in the OG "Halloween" movie for the upcoming sequel, "Halloween Kills." While she can't wait for everyone to see the movie, she left the set with quite the painful going away present.

"I will tell you this, I broke my nose and I didn't even tell anybody on the set that night even though I was like, 'I think I broke my nose,'" Richards revealed in a recent interview with Variety. "I was so worried they'd have a stunt person come in and do my job because they had someone there dressed just like me."

Richards, who was nine when the first movie was released, jumped at the chance to return to the franchise over 40 years later. Director David Gordon Green, however, warned her to read the script before she officially signed on.

"They basically came to me and said to me, we want you to participate in the new 'Halloween' and bring back your character. I was just like, oh my gosh, I'm so excited," she explained. "Acting is my first love, that's what I started out doing as a baby. It's just exciting when I can still do that and reprise a role I did so many years ago and work with Jamie Lee Curtis, who I absolutely love and adore."

"I got really excited and then the director said, 'Before you get too excited, you have to read the script because there's some things in there that might be scary to you,'" she continued.

Though she said the mystery scene was something she found "really terrifying," she also said that "as an actress" it was "so exciting to be able to do." 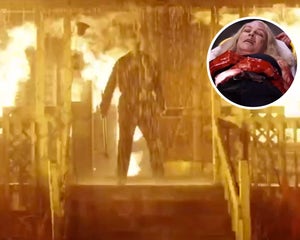 The director decided to give her bangs for the role, something she said she wasn't necessarily a fan of on "RHOBH" this season. Speaking with Variety, she also revealed she stopped getting Botox before the shoot.

"I didn't do Botox at all for six months leading up to the movie, because an an actress you want to be able to move your face," she said. "We should want to be able to move our face in real life, but I'm good thanks. After seeing this season, Im like, no, between the bangs and the no botox and no sleep, I'm like no, not liking this look at all!"

Despite the coronavirus pandemic canceling movie releases left and right, "Halloween Kills" is still slated for an October 2020 release. Its followup, "Halloween Ends," is scheduled for 2021.