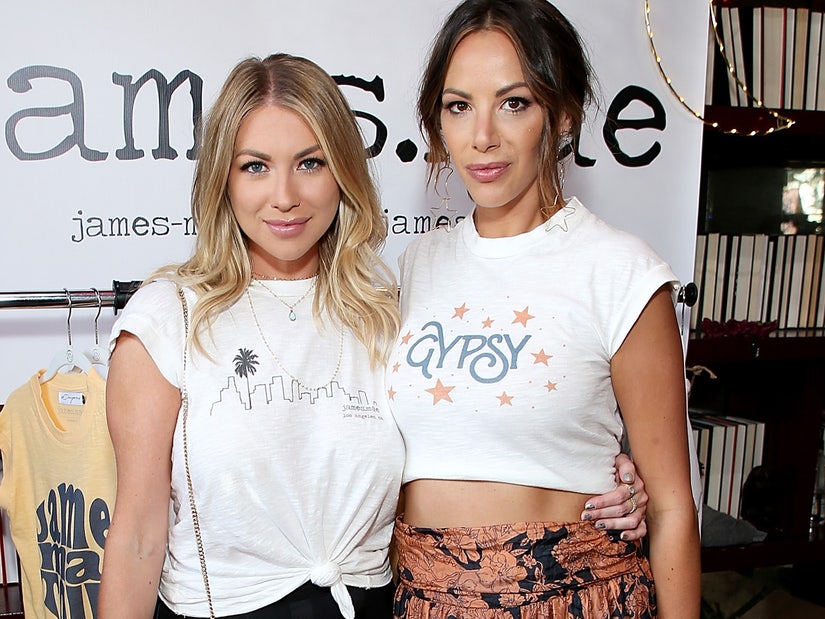 "Both of them recognize actions speak louder than words."

"Vanderpump Rules" stars Stassi Schroeder and Kristen Doute have released their first statement since being fired from the show.

While we know for sure Stassi was dropped by her former publicist, she and Kristen have now both signed with Steve Honig, who released a new comment on Friday morning.

"Stassi and Kristen acknowledged what they did was wrong, have apologized and been punished," it read. "Without casting aside their actions or the impact of those actions, they want to move forward as part of the solution in ways that are productive, meaningful and sincere."

"Both of them recognize actions speak louder than words and that is what will guide them as they move forward," added Honig.

"Bravo and Evolution Media confirmed today that Stassi Schroeder, Kristen Doute, Max Boyens and Brett Caprioni will not be returning to Vanderpump Rules," Bravo confirmed in a statement to TooFab on Tuesday.

The move came after a recent interview former star Faith Stowers did, in which she opened up about her experience as the only Black cast member during her time on the show. Stowers played a minor role in Season 4, before returning as a guest star in Season 6 following a hookup with Jax Taylor -- who cheated on his then-girlfriend/now-wife Brittany Cartwright with her.

She then turned her focus on Stassi Schroeder and Kristen Doute directly, accusing them of calling the police on her after they said she looked like a different Black woman who had been drugging and robbing men in Los Angeles at the time.

When the police did not take Stassi and Kristen seriously the two admitted to also calling the military police claiming Stowers had gone AWOL -- Stowers says she was honorably discharged -- and accused her of stealing Jax's car.

On her own page, Kristen said she had been "taking some time to really process what I've been seeing, feeling and learning. And I need to address something specifically that happened a few years ago with my former castmate, Faith Stowers."

"Although, my actions were not racially driven, I am not completely aware of how my privilege blinded me from the reality of law enforcement's treatment of the black community, and how dangerous my actions could have been to her," she wrote.

"It was never my intention to add to the injustice and imbalance," she concluded. "I'm ashamed, embarrassed, and incredibly sorry. I will do better. I have to do better."