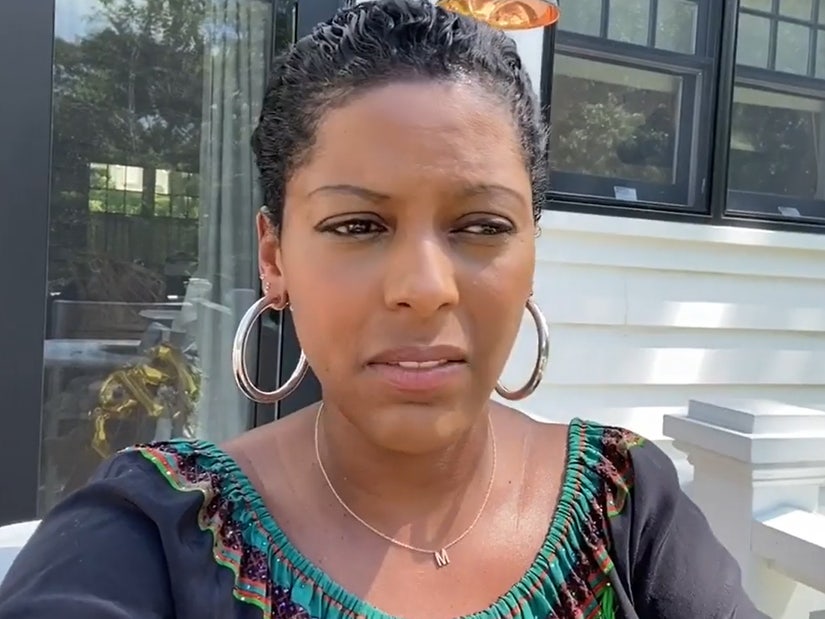 Hall also shares an email she wrote the staff after "an anonymous employee tried to mutiny" back in April.

Tamron Hall is hitting back at reports her show laid off around 20 staffers -- while "securing bags" for herself.

Earlier this week, there were reports "The Tamron Hall" show had cleaned house, with 18 staffers losing their jobs in what Daily Mail referred to as "a giant blood bath." Page Six said many of the ousted employees were replaced with former Oprah Winfrey producers, as part of a regime change with new EP Candi Carter.

Responding to some of the criticism hurled her way, Hall shared a video Wednesday on Instagram, saying she had something she just needed to get off her chest.

"That story that I did not pay 20 people and fired them and left them hanging is a lie," she said. "We didn't fire 20 people. In fact, our season was supposed to wrap June 5, I fought to have the extension of the season to June 25. My creative team was paid through the pandemic and through the extension because I wanted to keep pushing and keep putting out stories that matter to you."

Giving Carter praise for helping them through remote shoots during the pandemic, Hall did admit there were changes behind the scenes -- but said they were routine and made to make the show "better" when it returns next season.

"Like any other show, like any other product, people make changes and we did -- after the season had wrapped. Not during, not while," she clarified. "So this notion that I ran off securing bags, it's not true. It is absolutely not and the notion that I've abandoned people, it's not."

Hall also shared a letter she wrote to the staff back in April on her Instagram, responding to an alleged email in which she says "an anonymous employee tried to mutiny, just wanted everybody not to come to work."

The email was sent out right around the time they started producing the show from home.

"An email sent to the staff, but not to me, has been brought to my attention," she wrote. "Whether you express things anonymously or face to face, we want to listen."

Praising her team for the work they were able to accomplish remotely, she went on to detail why she felt it was important for them to keep churning out content amid the pandemic. She said it wasn't a choice made out of "vanity, but to use the platform that we have for good."

"Again, I understand everyone is stressed out and feeling anxious but to say the 'confusion on the show has run more rampant than the coronavirus' was a gut punch that I could not ignore," she continued. "The success of this show will never erase my humanity."

Hall also pointed out how production on the show was providing employment for many in a time where "millions of people are out of work."

She concluded the letter by saying her goal was to "be a part of helping people put their lives back together ... both for our families and for everyone who watches us."

Hall also said anyone on the staff should feel free to "Reach out to the show's leaders, anonymously or not."