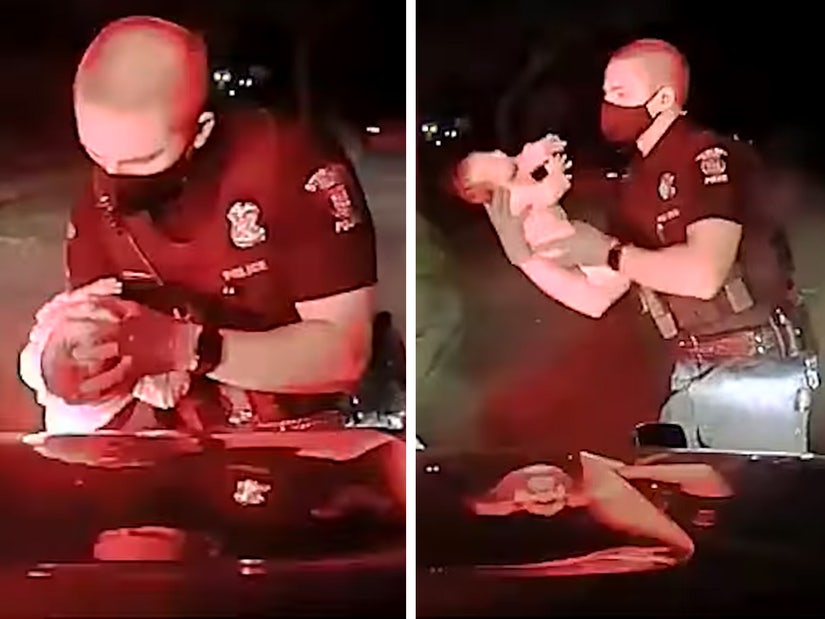 The infant girl's distraught family watched as the officer leapt to action.

A Michigan police officer saved a 3-week-old baby from choking to death as the infant's mother and family members looked on in distress last week.

Footage reveals Maciejewski pulling up in his patrol car, racing to grab the baby from the crying mother and performing back thrusts to clear the infant's airway.

Maciejewski kept incredibly calm attempting to revive the baby as her distraught mother pleaded for help and moved around in an attempt to keep a watchful eye on her tiny girl.

'It's okay, he's crying, he's okay,' he reiterates to the mother.

Another police officer pulls up in a patrol car as the mother collapses to the ground and a family member tells the hero cop that the infant is a girl. 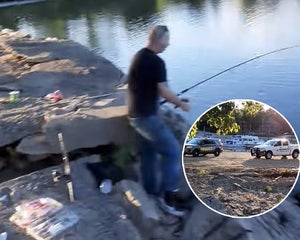 "She?" Maciejewski says. "Yeah, she's breathing. She was crying a minute ago."

The baby was then turned over to Sterling Heights Fire Department who took her to a local hospital, according to Fox2News.

"If it wasn’t for Officer Maciejewski’s quick, calm, lifesaving actions, the outcome of this incident could have been tragically different," the Sterling Heights police department said in a statement.

"Not only did the officer save the baby, but the officer did an outstanding job consoling the family."