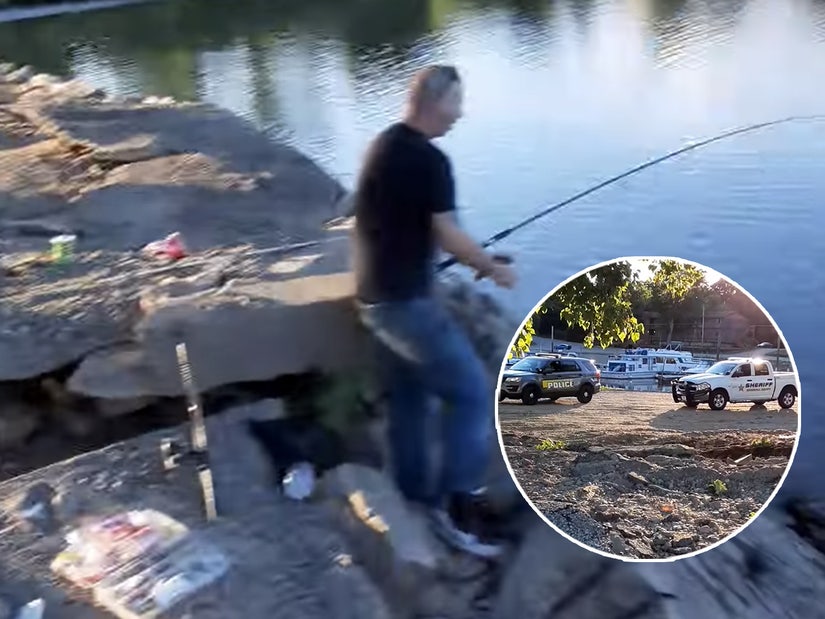 Two fishermen in Illinois made a horrific catch on Sunday — or so they thought.

Jon Arozamena and pal Mike Issa were enjoying an evening fishing off the marina in Henry, until the former reeled in his line with a human foot attached.

"I swear to God on everything I love this is not f--king fake," Arozamena gasped in a Facebook video now viewed more than 72k times. "I'm out here fishing and look what I just reeled in."

Pointing the camera at the gruesome haul, there indeed was a foot, seemingly severed at the shin, and possibly belonging to a child.

"I just called the police, the police are on their way, that is a human foot," Arozamena rattled. "It's human remains, I just reeled it in on that f--king fishing pole."

"The police are on their way out here, this is no bullshit — this is the real deal. This is a f--king foot. It seems to be like frozen or something or a kid's foot."

Issa was equally spooked: "This is crazy. This is no joke. Look at that - that is a human foot," he freaked out in his video. "I'm shaking."

In subsequent clips, they showed the police arriving as they sealed off the area of the crime scene, and prepared to retrieve the forensic evidence.

Less than two hours later, Henry Police Department already had the mystery solved, posting an update on the grim case on Facebook.

"Sunday, 07/12/2020 there was a report of human remains found in the marina," they wrote. "At approximately 7:25 pm, Henry Police department responded to the marina and located the reported object.

"Through an investigation it was determined to be a fake foot. This was not and is not real human remains."

"Any related post on Facebook or any other social media platform that you may have seen is false information. There is no threat to the public at this time."

The Marshall County Sheriff’s Department told CIProud they believed the foot was a Halloween prop.

Not every report of washed up cadavers is a false alarm however — just last month a group of Seattle teens making a TikTok video discovered a suitcase stuffed with human remains. 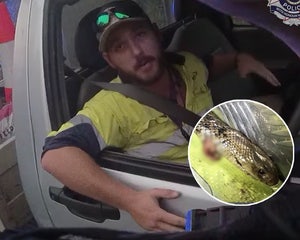