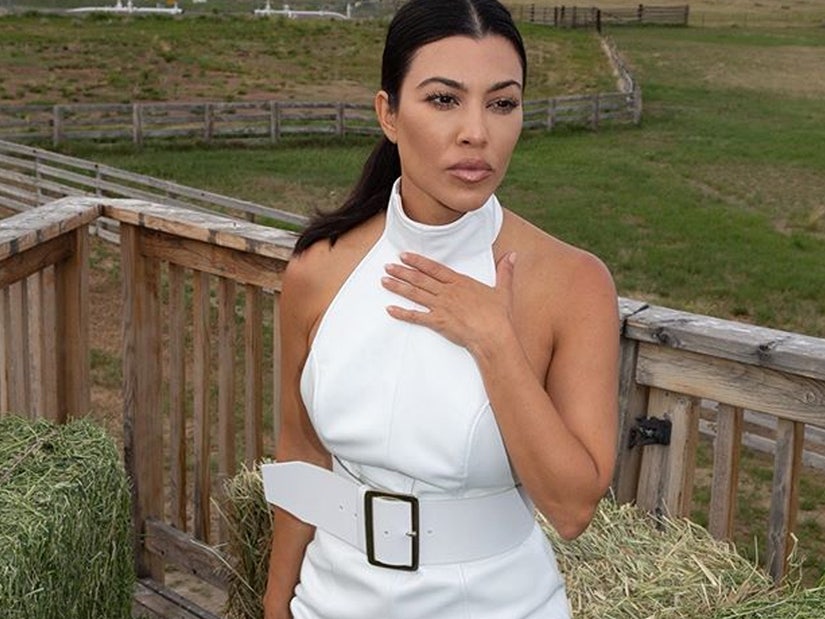 Sometimes you just know when it's time to make a change...

It's easy to get attached to our favorite people on television and when stars decide to depart from a show, it can be devastating. It's even more difficult to deal with when it happens unexpectedly.

But despite fans' appreciation, some celebs know when it's time to make a change. And sometimes they're forced to make that change because of drama going on behind-the-scenes.

Whatever the reasoning, these 17 celebrities all shocked their fans when they announced their TV show departures.

Anna Faris announced her departure from her series "Mom" and her desire to "pursue new opportunities" after the show's seventh season. The news came just weeks before the cast was set to begin filming the new season and was a major surprise to longtime fans.

"The past seven years on ‘Mom’ have been some of the most fulfilling and rewarding of my career. I'm so thankful to [creator Chuck Lorre], the writers, and my amazing castmates for creating a truly wonderful work experience,” Anna said in a statement obtained by TooFab.

According to TV Line, the show will not recast the role and her absence will be addressed as part of the storyline when it returns. 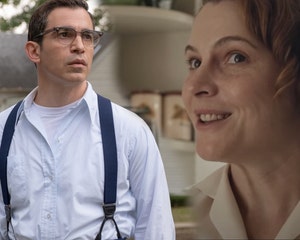 Over the span of 14 years and 18 seasons, Kourtney Kardashian became increasingly unhappy filming "Keeping Up With Kardashians" and decided to step back from the show.

"I was feeling unfulfilled and it became a toxic environment for me to continue to have it occupy as much of my life as it was. Privacy is something I have come to value and finding that balance of private moments with being on a reality show is hard," she told Vogue Arabia.

Following Kourtney’s decision, it was announced that "KUWTK" would conclude filming after season 20.

Jim Parsons announced his departure before the 12th season of his hit show "The Big Bang Theory," much to the surprise of fans. Despite the network's desire to sign the cast for an additional two seasons, Jim turned down the offer. After his revelation, it was decided that the show should not go on without him and would conclude after season 12.

"I am so terribly grateful for the cast in this picture and the cast members who aren't pictured here — whether they were in one scene or many episodes along the way; you are all my playmates that I have fallen in love with and who have become a part of my life on set and off. I will miss all of you and all of this more than I can say and more than I can know at this time," Jim said on his Instagram. 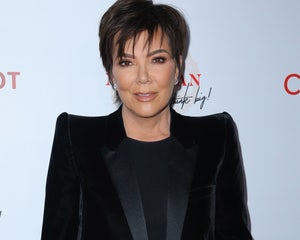 Topher Grace departed "That '70s Show" after seven seasons when he said he was financially stable enough to have a life outside of the sitcom.

"For me, five or six years ago, I looked around at my life and I had just met the woman who is now my wife. I was feeling really confident and good, and it occurred to me that I was really lucky to have been on a sitcom for a lot of years. I realized then that I didn't really need a lot more money," Topher told IndieWire in 2018.

After the first season of "Batwoman," Ruby Rose decided to depart the show, much to the surprise of many fans. Ruby explained that during quarantine, she had time to think about what she wants to achieve in the future and talk with the producers about the future of the show. She also cited her on-set injury that required back surgery as a contribution to her decision to leave.

"Being the lead of a superhero show is tough. Being the lead in anything is tough. But I think, in that particular instance, it was a lot more difficult because I was still recovering from my surgery. I had my surgery and then 10 days later I went to work, which maybe wasn't the best idea," Ruby told EW.

Fans were shocked after Steve Carell announced his plans to leave "The Office" following seven years on the air. While it's not completely clear why Steve decided to leave, in "The Office: The Untold Story of the Greatest Sitcom of the 2000s," on-set sources say that Steve didn't actually want to leave. In an interview, Steve had mentioned he may leave after season seven and when the network didn't try to convince him to stay, he decided it was time to say goodbye.

Despite being a producer and central character on "Superstore," America Ferrera decided to leave the show after its fifth season.

"The last five years on Superstore have been some of the most rewarding, enriching and enjoyable years of my career. Producing, directing and acting with this wonderful cast and crew has given me opportunities to grow as a person and storyteller...As I start the next chapter for my family and career, I wish only the best, and much continued success, to my beloved Superstore family," America wrote on her Instagram.

Nina Dobrev parted ways with "The Vampire Diaries" following the show's sixth season to "play more adult roles," and while some fans may have been surprised, she says it was the plan all along.

"That was the plan from the get-go. If anything, the fact that [leaving] terrified me drove me even more. I needed to feel that fear of, 'Oh my God, what if I never get a job again?' That just made me want to work five times as hard to make sure that didn't happen," Nina told Harper’s Bazaar. 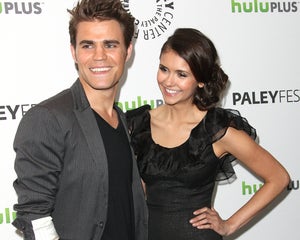 Shannen Doherty unexpectedly left her role on "Beverly Hills 90210" but it wasn't quite her choice. Shannen was written out of the show after the fourth season, where viewers watched her character leave for London.

Many years later, her former co-star Tori Spelling claimed that Shannen was not invited back to the show for multiple reasons, including an altercation with castmate Jennie Garth.

After 15 years on "Grey's Anatomy," Justin Chambers said goodbye to his role as Alex Karev in hopes to diversify his acting roles.

"There's no good time to say goodbye to a show and character that's defined so much of my life for the past 15 years. For some time now, however, I have hoped to diversify my acting roles and career choices. And, as I turn 50 and am blessed with my remarkable, supportive wife and five wonderful children, now is that time," Chambers said in a statement.

Sophia Bush's departure from "Chicago P.D." after four seasons came as a surprise to many fans. She later revealed that she could no longer take how she was being treated on set.

"It was a consistent onslaught barrage of abusive behavior. I realized that as I was thinking I was being the tough guy, doing the thing, showing up to work, I programmed myself to tolerate the intolerable," Sophia said on Dax Shepard's "Armchair Expert" podcast.

Mischa Barton's character on "The O.C." was put through a lot during her three seasons on the show. Her character was eventually killed off so that she could leave. Years later, Mischa admitted that she just wasn't having a good time taking part in the series.

"I think I just got to the point where I was like, 'I'm not sure I'm enjoying this anymore.' I just felt like I was in a machine and I couldn't really get off. So it was time to step back. So I went back to England and it was just a year of real self-exploration," Mischa said in a segment taped for "Dancing With the Stars."

Dave Chappelle walked away from a $50 million deal with Comedy Central, much to the shock of viewers around the world.

"I was talkin' to a guy...he basically said to me that comedy is a reconciliation of paradox. And I think that that was an irreconcilable moment for me. That I was in this very successful place, but the emotional content of it didn't feel anything like what I imagined success should feel like. It just didn't feel right," Dave said on a "CBS This Morning" appearance.

Jerry Seinfeld decided to pull the plug on his eponymous show "Seinfeld" way before many people expected, turning down a $5 million per episode deal.

After 10 seasons on the air and five Emmy nominations, Sandra Oh was completely satisfied when she decided to depart "Grey's Anatomy."

"It just felt like I did all I wanted to do. I didn't feel like, 'Ugh, that's all I can do, I've done everything.' It was more than that. It was actually, dare I say it, a sense of satisfaction," Sandra told Vulture.

Skeet Ulrich shocked fans when it was revealed that he wouldn't be returning for the fifth season of "Riverdale." When asked about his reason for leaving during an Instagram live stream, Skeet reportedly said, "I'm leaving 'Riverdale' because I got bored creatively. How's that? It's the most honest answer."

In a shocking twist for viewers, Connie Britton ended her time on "Nashville" in the middle of season five, despite being the show's main protagonist. According to the series' showrunner Marshall Herskovitz, Connie was ready for her next creative challenge.

"She felt that creatively, she wanted to move on from the show, and she was very torn because she loved the show. She loved the people on the show and it was like a family, but after four years, she felt she needed a different challenge, which is something I really understand as an artist," Marshall told Variety.