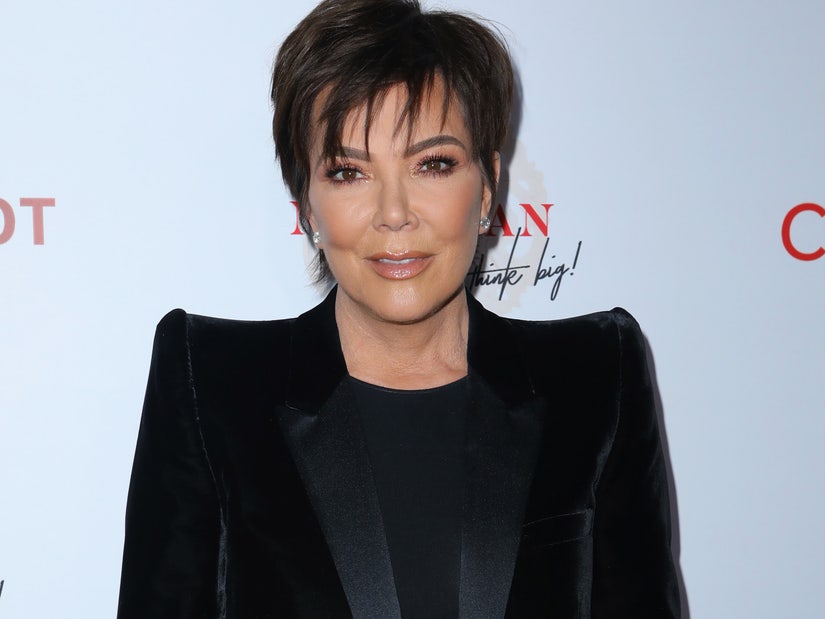 The family matriarch also revealed which family member "hasn't stopped crying" since they made their announcement.

Kris Jenner has shared how the family is dealing with their decision to say goodbye to "Keeping Up with the Kardashians."

During Wednesday's episode of "On Air with Ryan Seacrest", the momager said she's still processing the end of their show.

"You're going to make me cry all over again. It really hasn't [hit me yet]. I got very, very emotional this morning," Kris told Seacrest, whose production company created "KUWTK."

"It's funny, when we talked yesterday, I kinda had my wits about me and I thought I was really strong. And, you know, this is the right decision," she continued. "Today I wake up and I was thinking about the first time you and I ever did an interview on the air, and I was so excited and so nervous."

According to Kris, the morning after their announcement went public, she shared an emotional moment with Khloe and Kim.

"I woke up and was in the gym at 5 with Khloé and Kim and we just kind of sat there and looked at each other and said, 'Whoa, what a ride," Kris recalled. "It was quite the morning."

While Kris didn't reveal a specific reason as to why they decided to step away from the long-running E! series, she noted that it's "the right time" for the family to take a break and think about the next steps in their careers.

"I think the number 20 used to sound good until 2020, but the number 20 just seemed like the right time I think for us to take a minute and breathe and everybody slow down a bit," she explained. "Not slow down professionally, but just you know figure out what our next steps are. We've had such an amazing run and we're so grateful for every single moment and everyone we work with."

Kris went on to reveal which family member "hasn't stopped crying" since they made the announcement.

"We had to tell the crew yesterday, so we were all crying," she explained. "But I think Khloe…is probably the one who is taking it the hardest and really hasn't stopped crying since we announced. She's been so sweet and just emotional about it."

The family announced their decision in a joint statement on Tuesday:

"It is with heavy hearts that we say goodbye to 'Keeping Up with the Kardashians.' After what will be 14 years, 20 seasons, hundreds of episodes and several spin-off shows, we've decided as a family to end this very special journey," the family wrote in a group statement. "We are beyond grateful to all of you who've watched us for all of these years—through the good times, the bad times, the happiness, the tears, and the many relationships and children. We'll forever cherish the wonderful memories and countless people we've met along the way.

"Thank you to the thousands of individuals and businesses that have been a part of this experience and most importantly, a very special thank you to Ryan Seacrest for believing in us, E! for being our partner, and our production team at Bunim/Murray who've spent countless hours filming our lives," the statement continued. "Our last season will air early next year in 2021. We love you!"

Click here to see how Kourtney, Rob, Kendall and more family members reacted to the news.