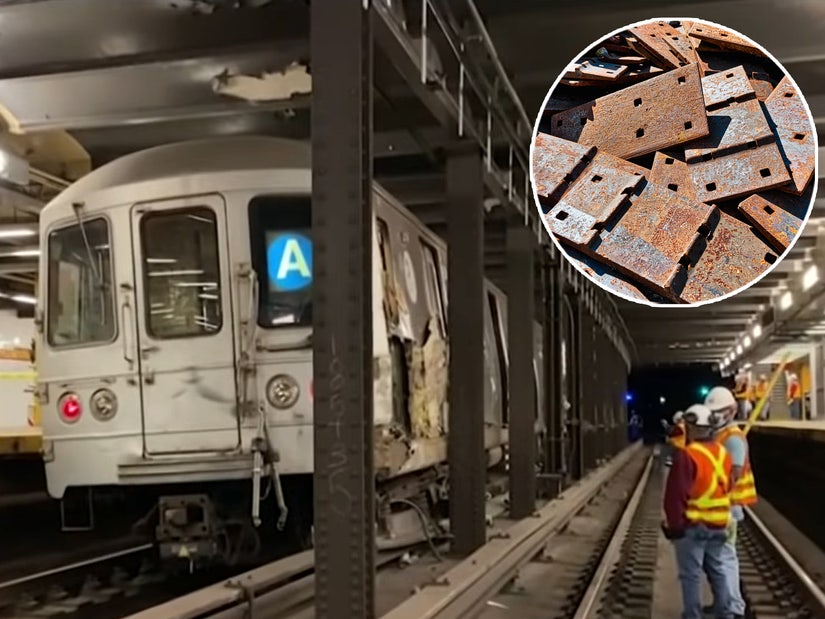 He threw metal plates onto the tracks, police said.

A man has been arrested in New York for derailing a subway train.

Police say Demetrius Harvard, 30, threw metal plates onto the tracks at 14th Street and Eighth Avenue just as the 8:20 AM A-train was pulling in on Sunday morning, forcing it off the rails.

All 135 passengers had to be taken off the train, as power to all four lines was lost.

According to investigators, Harvard had found a pile of rail tie plates, used to fuse segments of rail together, at a construction area along the tracks.

Witnesses say he began throwing them on the tracks and laughing; one bystander went down to retrieve them, but Harvard allegedly tossed them back into the train's path again just as it was pulling in.

The lead car's wheels hit the plates and jumped off the track, sideswiping 10 support beams along the station before coming to a stop.

Harvard was apprehended by passengers until the police arrived.

Pictures from the scene show the lopsided train sitting on mangled track, with a large gash along its side. So far, there has been no estimate given on the damage caused.

According to the Post, Harvard was also arrested earlier this month for hurling a metal bench through a bus window, but was released without bail.