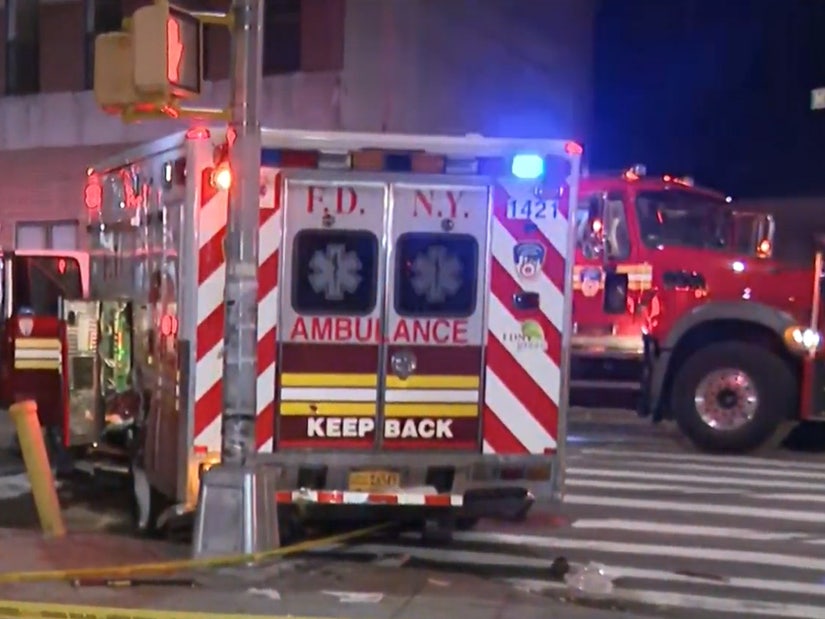 His sister, who was travelling in the ambulance with him, is in a coma.

A New York man who survived a heart attack was killed when his ambulance collided with a fire truck on Friday morning.

11 more people were injured in the crash, which happened around 2 AM on Myrtle Avenue as the victim was being transported to hospital.

According to CBS2, a fire truck rushing to battle a blaze on Willoughby Avenue smashed into the side of the ambulance, killing the 59-year-old patient.

SHOCKING VIDEO: Video shows the moments a fire truck slams into an ambulance in Brooklyn transporting a 59yo man to the hospital for a heart attack. Police say he died shortly after, & his sister who was along for the ride is in a coma. pic.twitter.com/sfiO2IJpao

His 35-year-old sister, who was travelling with him in the back, is now in a coma in their original destination of Woodhull Hospital, family members said.

Relatives only discovered what had happened after the sister stopped responding to texts updating them on her brother's condition; they tracked the location of the phone and came upon the scene of the accident.

Two EMTs and six firefighters were also injured in the crash; they were taken to hospital but listed in a stable condition.

Two occupants of a Honda that was struck after the initial impact were also hospitalized with minor injuries.

BREAKING: Police say a 59yo man has died in Brooklyn, after a fire truck collided with the ambulance he was riding in. EMS was transporting him to the hospital for an apparent heart attack. His loved one along for the ride is in critical condition now too pic.twitter.com/U0YtpnUfIg

A family member identified the deceased to NBC as Jamil Almansouri, a bodega owner on Throop Avenue.

Nabeel Yahya, a family friend, said the victim had asked his sister to call an ambulance after reporting feeling weak and tired.

She said the scene of the crash looked like no-one survived.