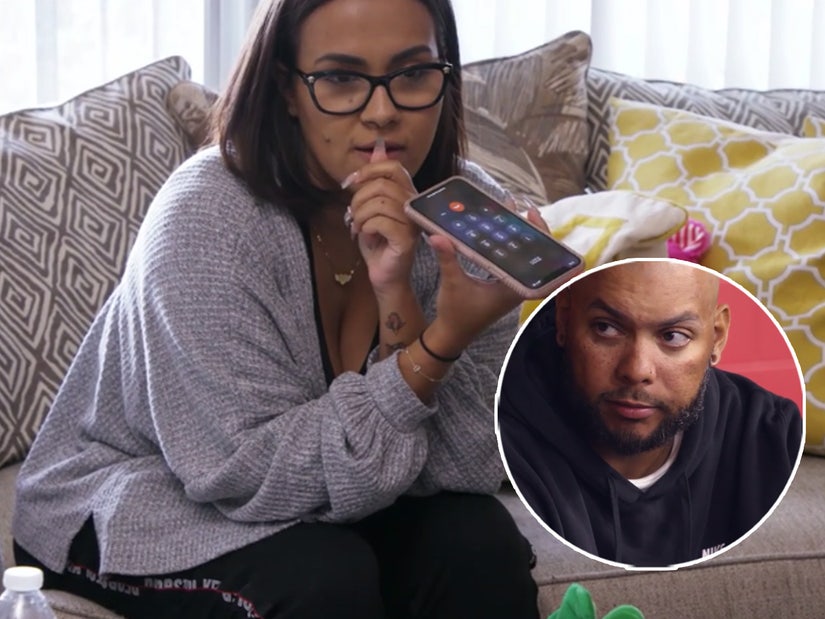 Briana DeJesus was livid after finding out she tested positive for an STD on "Teen Mom 2."

The reality star had previously gone to Planned Parenthood to get tested after having unprotected sex with ex Luis Hernandez. While waiting for the results, she slept with him again, leading to a conversation on Tuesday's episode about what they were going to do going forward.

"I'm on birth control, so I'm not worried about anything of that nature," she added, "but as far as everything else that comes with unprotected sex, I care about my health and stuff and I don't want something to happen."

He said that as long as they were "straight up with each other, everything should be fine" -- but the situation did a 180 after Planned Parenthood called her with her test results.

While she was negative for HIV, syphilis and gonorrhea, she tested positive for chlamydia, which can be treated with antibiotics. Though viewers have yet to see Hernandez's side of the story and he hasn't commented publicly, DeJesus was convinced she got it from him.

"I have not processed that he gave me an STD, STI, whatever the f--k you want to call it," an angry Briana said in a confessional after the call.

"I don't think he cares. I think he's the type of person that will find out if he has something from his partners," she continued. "I wish I would have protected myself, worn a condom or something. I don't really know how to feel about it, I feel like it's not real, but it is real."

She then called up her mother, Roxanne, who was also extremely upset.

"What a f--king dick. I'm gonna be honest with you, I don't know what my reaction will be when I see him," said Roxanne. "I might have to beat his ass."

When Briana told her to stop, adding that she'll get her medication and will "never" have sex with him again, her mother said that wasn't "the f--king point."

"The point is, what kind of reckless life is he living that he's exposing you and everybody around him to it?" she said. "He's reckless. He apparently doesn't give a f--k about nobody but his own [bleeped]."

Briana also met up with her sister Brittany to vent some more.

Brittany reminded her that "you can't trust nobody" when it comes to sex and "that's what condoms are for." She then asked her sister whether she learned a lesson from all this.

"I'm never having sex with him again, ever," Briana told her.

She then wondered what she should say to Luis when telling him her results. "Tell him his dick is crusty and that he has to go put bleach on it," Brittany replied.

She laughed, but worried about what this could mean for their relationship and his relationship with their daughter moving forward.

"Whatever vibes we were having is totally shut down and the only person that's gonna lose out is Stella," said Briana. "What if he is so embarrassed and ashamed and turns the other cheek and doesn't come around anymore?"

"That shows his f--king character as a man," Brittany told her. "That shows he's not a man and is a piece of shit."

"That's what I was scared of, something like this getting complicated and him walking away from Stella," added Briana.

Speaking with PEOPLE about having the entire experience filmed, Briana said she thought it could "be a learning experience for others, to teach others that it's okay to get tested and it's okay to talk about it."

"And that kind of bit me in the ass because something came up positive in my test results," she added. "I hate that I have to relive it over again because I'm finally over it, but hopefully it's more of a learning experience for everybody else. I hope people can learn from my mistakes because I've made tons of mistakes."