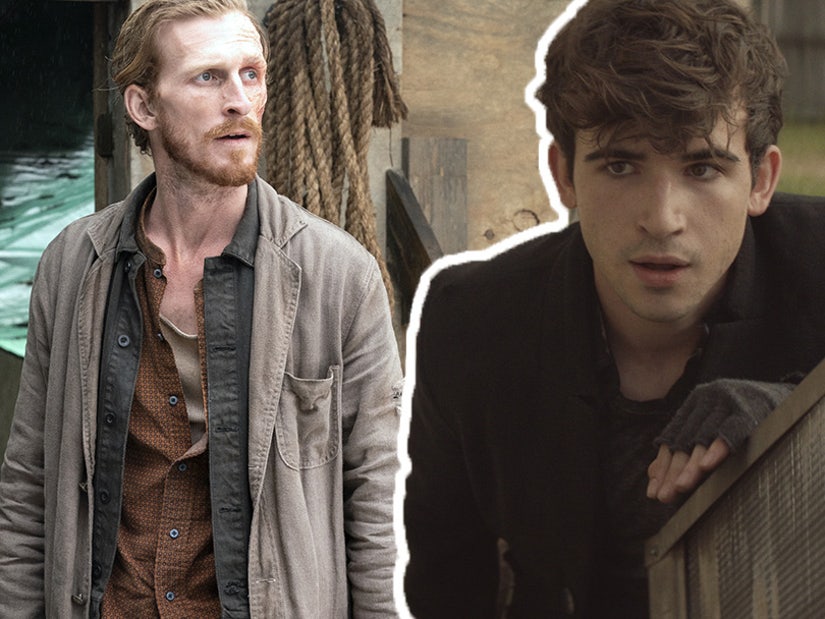 "World Beyond" finally expands its core cast, but things are never what they seem as both shows explore what kind of person you think you have to be and ultimately choose to be when the world is falling apart around you.

Free will. Personal choice. No matter what the apocalypse might tell, you still have ultimate control of these things. That was the driving impetus of both "Fear the Walking Dead" and "The Walking Dead: World Beyond" this week.

In both cases, that meant more new faces to interact with our core cast of characters, though their handling of the situation was vastly different. Over on "Fear," it was Dwight who found himself learning a little more about what Sherry's life has been like in their years apart. 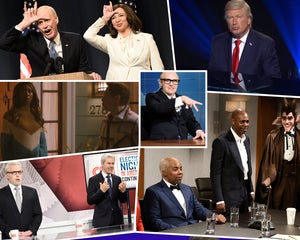 Emphasis here on "a little," as there are clearly more demons and wounds underneath whatever experiences she's had. And while she always had a darkness in her that seemed even deeper than Dwight's -- he was always the more reluctant soldier under Negan -- there's also a pain there.

Meanwhile, new faces also appeared on "Beyond," with our core cast of characters experiencing their first non-walker encounter on the road. But is Percy's story too clean, too easy? Hope was suspicious right away, but even that appeared to be all according to plan.

All along, we've known that this band of survivors on "The Walking Dead: World Beyond," including Felix to an extent, are naïve to the world around them. Sure, Felix has some competence when it comes to killing walkers, but as for experience in the real world, between CRM and the Campus Colony, they've all been living a pretty protected life.

Iris wasn't wrong when she told Percy about how they effectively lived in a bubble. Percy, meanwhile, who tried to get the jump on the group at the top of the show, has been living hard on the road and getting by.

The entire hour, as it turned out and as seemed patently obvious from the beginning, was a very elaborate grift to allow Percy and his Uncle Tony to steal the group's supplies. As he told them later, he'd run the grift many times, but something different was afoot here.

That something was Iris. Woefully unprepared for this world, too bullheaded to accept it, and yet so big-hearted, she can inspire a professional grifter to come back and save her and her family and friends before they become walker chow. 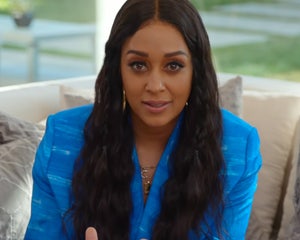 And yet, just because Iris coming back to try and save Percy after he faked being attacked by a fictional "Mike" convinced Percy that it is possible to find a better path through the end of the world, doesn't mean she inspired his uncle as well. Tony saw none of that, and he's a little older and a lot more cynical.

These are marks for him, and pretty easy ones at that. Elton was stunned by his sleight-of-hand stunts, and it's clear that the kids have little to no experience out in the world. Percy may or may not be real about being inspired by Iris, but Tony is surely just biding his time for a bigger score ... even as he's agreed to take them wherever they're going.

One of Robert Kirkman's axioms on these shows is that the biggest threat is never the walkers themselves, it is other people. We've seen what kind of horrors the survivors on both of the other spinoffs have had to endure over the years. These kids have had it easy so far. Could Tony be the start of a darker new direction?

Or because this is more of a teen-centric series, will it be a kinder, gentler and tamer "Dead" series? Will no one die? Actually, that's not unlike the other two series, who have really cut back on their death counts in recent years. It's as if Glen's death traumatized everyone so much, producers are scared of literal overkill now.

Even the growing battle with Virginia on "Fear the Walking Dead" has maintained a very low body count thus far, with Pioneer defector Janis our only casualty thus far this season -- and no one from Morgan's main group has bit the dust in quite a while.

We'd be surprised if everyone can get out of this one alive, and we thought things might get a little wild this week, but it was more of a character building slow boiler. And like "Beyond," it explored the choices people can make in this world.

In particular, we've seen the character arc Dwight has gone on even before he left the parent series, exiled by Daryl. His is a story of redemption and learning the value of human life. There is a better way, and yet how easy is it to fall to our baser instincts?

In Dwight's case, he proved to himself and Sherry just how easily he could slip back into that psychopathic behavior Negan lured out of him. Unfortunately, both he and Sherry have those demons, and she appears to have more on top of them.

The problem for Dwight is that he is so blinded by this culmination of his years-long search for his wife, he was willing to set aside everything he'd done to become a better man, the man he was before Negan, if it meant he could stay by her side.

In those moments where they argued and waffled over what to do, Sherry was proving that she'd chosen this darker path and she was not ready or willing to give it up. She went so far as to tell him to leave rather than consider a less impulsive and destructive path, which should have been a clue of just how deep in she was.

Sherry had met up with a group of masked marauders, all of them outcasts from Virginia's society. They wear the masks so her rangers won't recognize them. And they are determined to take down Virginia and free everyone under her rule.

For Sherry, it appears that this may be more about all the ways she didn't stop Negan, who was actually much more despotic and twisted than Virginia has proven to be -- not that she's a walk in the park on a sunny day.

As evidenced that she hasn't shut her heart down entirely, Sherry grew more and more horrified as she saw how far Dwight was willing to backslide his own character progression just to be with her.

So while she could not yet envision a path where she chooses different, she could still see that she didn't want this for him. She wanted him to stay on this new journey toward enlightenment he'd gone on, inspired in large part by Morgan and Al and the others.

In fact, it was Morgan's arrival and his talk of the new settlement he wants to start that caused the conflict in the first place The group was determined to steal back Al's military van and kill Virginia right away, while Morgan cautioned patience as (obviously) so many of his people are still in there.

The plan went south anyway when Virginia did not come in person, but not before Sherry actually locked Dwight up with Morgan and Al to try and keep him from giving into his darkest impulses on her behalf.

In the end, he was able to convince her not to take the strike on Virginia's men, but she wasn't grateful for that, either. Instead, she said she needs this path right now, and effectively kicks him out of her life.

Dwight chose to better himself to be worthy of her, but Sherry is absolutely not ready to make the same decision. She is too wrapped up in her rage, so she actually sees it as a mercy to spare him from seeing her as she is or tempting him to give up who he's now become.

Morgan and Al convince Dwight that for now, it's best to leave Sherry. When she's ready, just as he found her she will come and find him. Love will find a way. At the same time, that creates a new complication in their own battle against Virginia as there is now yet another faction out there with their own agenda.

The good news for Morgan, though, is that the plague survivors Al and Dwight found a couple of weeks back are looking for a new place to call home, and they're not afraid of a little work. So now he has the genesis of his new community, and possibly a defensive force if he needs it.

Al and Dwight implemented their fake-your-death strategy back near where Sherry and her people called Virginia's people to come, but it remains to be see if they'll be believed. And that still leaves a lot of people in Virginia's various compounds, so there is much work yet to be done.