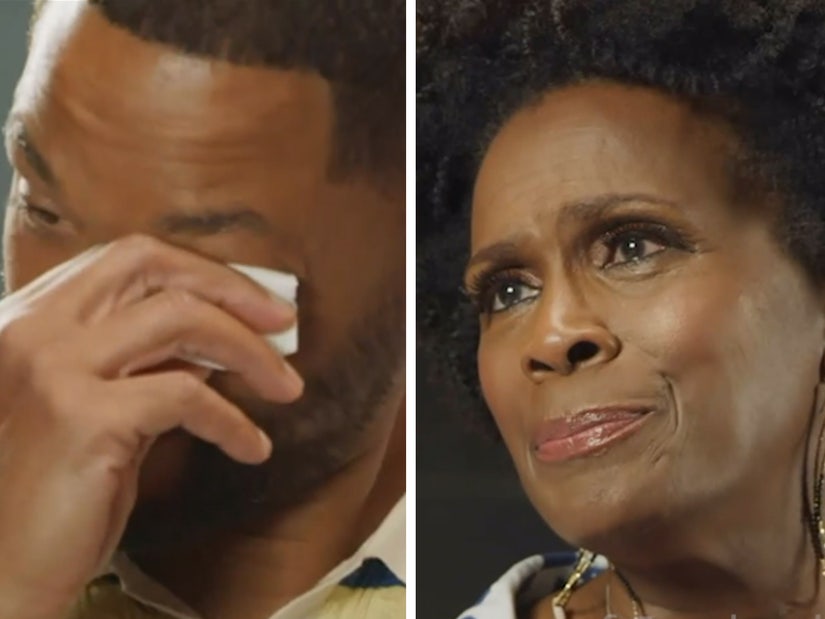 Smith shows previously-unseen footage from the reunion and tries to break down his "flawed and hurtful" past behavior with a psychologist.

Will Smith made headlines when he and Janet Hubert -- the original Aunt Viv on "Fresh Prince of Bel-Air" -- finally buried the hatchet after a nearly 30-year feud for the show's 30th anniversary.

But previously-unseen footage from the HBO Max special proves just how emotional of a shoot it was, as the two had to stop filming at one point and go outside for a breather.

Will took over "Red Table Talk" on Facebook Watch for a special episode on Friday, in which he showed additional footage and confessionals from their reunion, before sitting down with clinical psychologist Dr. Ramani Durvasula to try and break down why he behaved the way he did back in the day. Durvasula was also on hand for his reunion with Hubert, in case they needed assistance.

"At first, we were all just one big happy family. But as time went on, our relationship soured and I handled it poorly," Smith admitted in a voiceover, before Hubert appeared in a confessional to talk about some of the mistreatment.

"He was young, he was out of control in his own way, he had all this power," she recalled. "There was a need for me to have professionalism on the set, because I was used to it, especially as a dancer."

She didn't get that from Smith, who admitted he was insensitive and added "I wasn't perceptive and, ultimately, I wasn't kind." 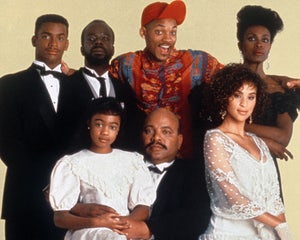 Smith explained that, because of the tension between them, "the decision was made to reduce her role" on the show.

"As the oldest woman on that set, there's that respect level that I just needed to have of being an older woman, a Black woman," said Hubert. "I had been banished and they said it was you who banished me, because I didn't laugh at your jokes. Then they ordered me to stay in my room, I couldn't come out on the stage. And I wasn't unprofessional on the set, I just stopped talking to everybody."

Calling the negotiations "messed up," Hubert asked Smith whether he knew what had been offered to her. She said the deal was for two months and two weeks of work and claimed she was told she couldn't get a job anywhere else in the downtime. To her, it felt like being "put in my place" for the tension on set.

Smith said he didn't know specifically what the offer entailed, but understood she turned it down.

"How do you survive with a mortgage, a new business, a new baby and a husband who wasn't working at the time? How do you survive? So much of what you said destroyed everywhere we went. It beat me up. I lost my house. I lost everything," she then told him.

"Black people beat my ass. They beat my son's ass. Somebody smashed a cookie in my son's face and said, 'Your mother is a bitch.' People send me hateful Instagrams, 'Aren't you dead yet?' 'I love Will, why don't you just die?' It was hard," she continued. "I promised my dad I would clear my name because it's his name and my family said you've ruined our name."

Smith began to tear up at that point, pulling out a tissue to dab away his tears. "But you're the big star, I'm just a little Black bitch," said Hubert, who then began to get very emotional herself before Will asked if she needed a moment outside. As she asked for the cameras to be turned off, they walked off the set arm in arm. "I feel like I'm about to have a heart attack," said Hubert.

When they returned, Smith admitted to being a "scared little boy" and said he "didn't realize the power" of his words. He acknowledged that "it was all way too far on my end," and he now realized just how hard a time she was having back then. He vowed to be a source of support and protection for her going forward and not someone who "unleashes dogs" on her. Added Hubert: "I'm bitten to death." 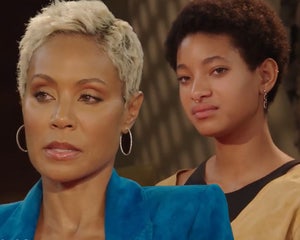 After watching these moments back with Dr. Durvasula, they dove into the "Why" of his actions.

"It's not who I want to be and it's not how I want to make people feel," said Will, who added that his "whole life and career is centered on aggressively making people feel the opposite of that."

He explained some of his childish behavior by opening up about the violence in his own home growing up with an abusive father. "A part of the whole creation of Will Smith, the joking, fun, silly was to make sure that my father was entertained enough not to hurt my mother or anybody in the house," he said.

He added that the little boy in him "desperately" needed Hubert's approval and recognized how his behavior on set was similar to the dynamic he had with his real-life family growing up. "I was the jokester, I was playing and I was laughing and I needed everyone to be joyful so I could feel safe," said Smith. 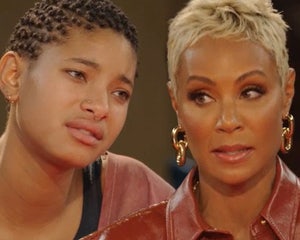 He went on to say he felt "threatened" by Janet at the time.

"At that point in my career, 'The Fresh Prince of Bel-Air' really saved my life. I lost all my money, I didn't pay taxes, I was in debt to the IRS, I flopped an album and 'The Fresh Prince' represented life," said Smith, who, at one point, owed nearly $3million in taxes. "I needed mommy [Janet] to think I was great and once I realized that she didn't, my dragon woke up."

Acknowledging his behavior to Hubert was "flawed and hurtful," he added he didn't think there was anyone else on earth who could say he "hurt them that bad."

Smith told Dr. Durvasula that female disapproval is his "central wound" in life and it's something he's been working hard on and confronting head on over the last three years -- especially in relation to daughter Willow and wife Jada Pinkett Smith.

The two ended the talk with Will speaking about the importance of listening and hearing someone else's story. "It seems really simple," he said, "but it's huge."

Added Dr. Durvasula: "You have to be able to withstand someone else's truth."

"The Fresh Prince of Bel-Air" reunion special is available now on HBO Max.