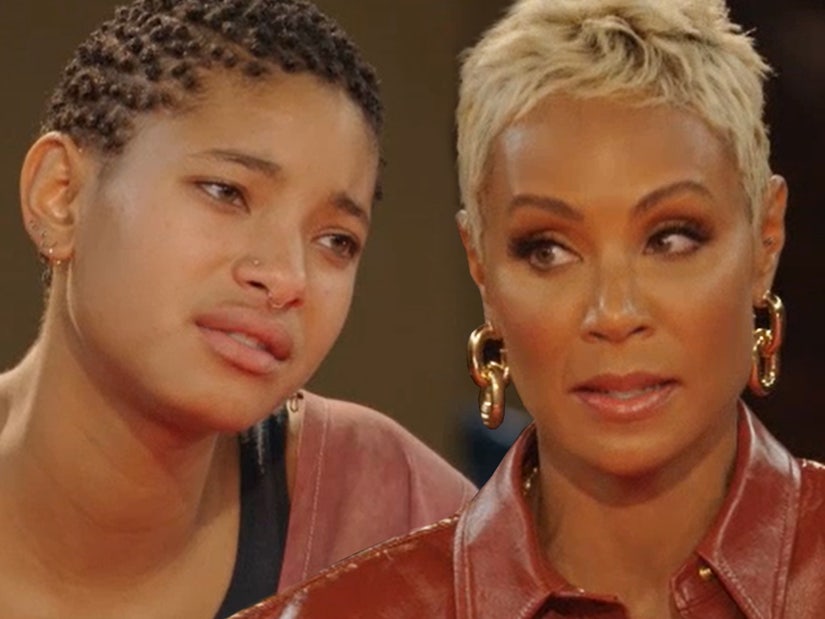 Willow says she "felt like me and Jaden were like shunned a little bit" from the "African American community" because of how they were raised.

Before the two stars and psychologist Dr. Ramani joined the show, however, Jada opened up about how she faced backlash for how she and husband Will Smith raised their children -- especially Jaden and Willow.

"I have had my fair share of mom shaming," explained Jada. "With Willow, I think the first time I got hardcore criticism, when you first cut your hair, there was a firestorm."

Willow pointed out Jada was also slammed for homeschooling the two of them. Jada explained the kids were homeschooled so that they were able to be with her and Will while they worked.

"I would have gotten shamed for leaving you here and not being with you," she added. "They weren't raised typically and I think, especially for our community, it was something new."

"Specifically with the African American community," added Willow. "I felt like me and Jaden were like shunned a little bit, we're not gonna take pride in them because they're too different. Even some of our family members, I would feel they thought, 'You're too different.'"

Willow said people would even say things to her at events about how they were being raised. "It was always like, 'It's not your fault, your mother should have taught you better, it's not your fault you're crazy,'" she claimed. 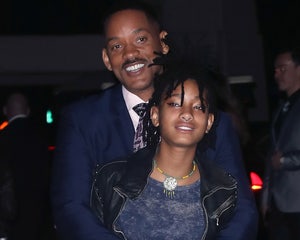 Will Smith Recalls Willow Smith Staging a 'Mutiny' Against His Leadership: 'She Really Tested Me'

The women also spoke a bit about Black children's hair becoming a lightning rod for mom shaming, as Willow and Jada talked about the backlash they got when Willow shaved her head amid the success of her single, "Whip My Hair."

"Looking at how my children were being affected, that's what counts. When people are like, 'I can't believe you shaved Willow's head,' if they could have seen this child's expression of freedom, looking at her hair falling to the ground," said Jada. "Me as a mom looking at that, experiencing that with her, there's nothing anyone could say to me to tell me that it was wrong. Not one person, because I was there, I was looking at her, I saw her face, I knew the journey she and I took together to get to that point. It didn't matter what anybody said."

Jada also revealed she got "hardcore" shaming for Jaden as well, especially as he started to express himself more freely as he grew up.

"I think as Jaden got older, when he did the Louis Vuitton thing, he's wearing a skirt and then he isn't what people consider your typical Black man, what's that supposed to mean?" she asked. "It's something we as a community need to learn to let go of. I know people felt like it's dangerous, you are doing your kids a disservice. I knew that self confidence is what helped me to survive."

When Ashley Graham and Jessica Alba joined the conversation, the two guests and Jada connected over backlash for breastfeeding in public. Graham is mom to baby boy Isaac, who was born in January 2020, while Alba shares three children -- Honor, 12, Haven, 9 and Hayes, 2 -- with husband Cash Warren.

"It never feels good to have someone tell you you're not doing a good enough job, that you're doing something wrong," said Graham, who shared a photo of her breastfeeding her newborn on social media. "Sure enough, I got mom shamed."

"Inside my heart, I had to clap," said Jada, explaining how she reacted to Graham's photo. "I remembered me myself, when I would be out breastfeeding. They're in there, suffocating, I had so much anxiety about it because back when I had them, breastfeeding was like, what?!"

"Mommy shamers are just mean girls that grew up to be mothers," added Graham, to which Alba agreed. "It's so true! I'd had to do a lot of therapy and I'm almost 40, I come from to this place where I realize most people who have something to say, it's because they're so insecure and it's more them being ashamed of themselves," she added, "them being overly critical and the natural reaction is to pull other people apart to feel justified or them to feel okay."

Toward the end of the conversation, Alba also admitted to spying on her children with cameras installed in their rooms. She explained she had them set up to see what they were really up to at night, when she'd hear them while trying to sleep.

"I really thought I was losing it, until I started surveilling them," she explained. "Honor was like, 'Mom, I'm 12 now, don't you think it's awkward.' "I'm like, 'You shouldn't be doing anything in your bedroom, you have a whole closet to dress in and you have your bathroom for your private time. So what are you doing in your room, you think you're going to sneak somebody in?'"

She added, "Somehow I'm still getting away with it, but I think this might be the last year."