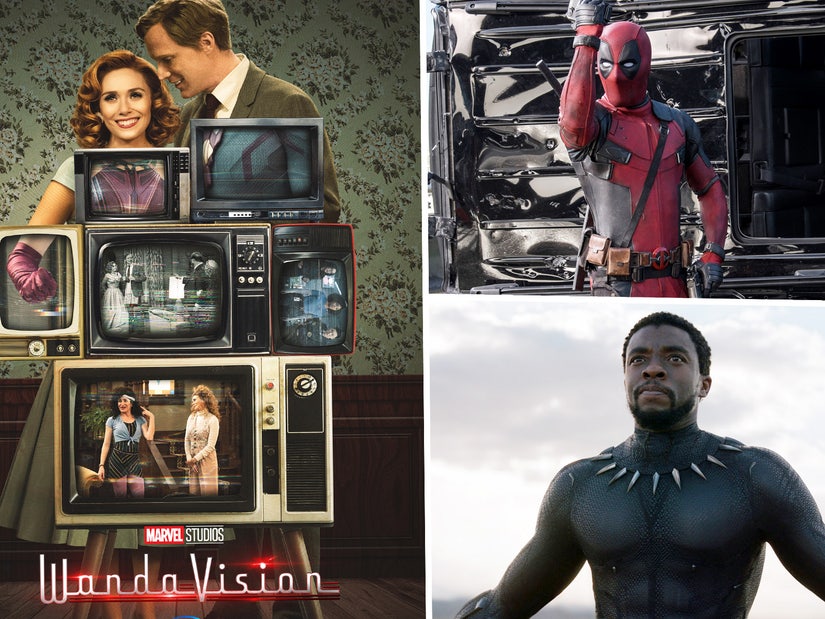 Yes, more Deadpool is coming -- and the next film will still be rated R.

Kevin Feige was asked about all things MCU over the weekend, while promoting "WandaVision," the first Marvel Studios show coming to Disney+.

While the series, starring Elizabeth Olsen and Paul Bettany as Scarlet Witch and The Vision, was the main topic of conversation, that didn't stop reporters from getting in a few questions about the greater Marvel Cinematic Universe -- getting updates on other upcoming TV shows and anxiously-anticipated films.

The Merc with a Mouth Isn't Going Anywhere

When Disney got a hold of 20th Century Fox properties, many wondered how Marvel would handle Ryan Reynolds' foul-mouthed "Deadpool" series. The films were unlike anything being put out by the MCU, thanks to their R-ratings.

Speaking with Collider, Feige confirmed "Deadpool 3" will "be rated R and we are working on a script right now."

"Ryan's overseeing a script right now ... It will not be [filming] this year. Ryan is a very busy, very successful actor. We've got a number of things we've already announced that we now have to make, but it's exciting for it to have begun," he added. "Again, a very different type of character in the MCU, and Ryan is a force of nature, which is just awesome to see him bring that character to life."

At Disney's Investors Day presentation in December, Feige already confirmed Marvel would not recast the character of T'Challa following Chadwick Boseman's death. Speaking with Deadline over the weekend, he confirmed Boseman won't appear in the sequel via CGI either.

"So much of the comics and that first movie is the world of Wakanda. Wakanda is a place to further explore with characters and different subcultures," he said. "This was always and initially the primary focus of the next story. We're not going to have a CG Chadwick and we're not recasting T’Challa."

"[Director] Ryan Coogler is working very hard right now on the script with all the respect and love and genius that he has, which gives us great solace, so it was always about furthering the mythology and the inspiration of Wakanda," he added. "There's also the task of honoring and respecting the ongoing learnings and teachings from Chad as well."

He didn't say, however, whether the mantle of Black Panther will be taken on by another character.

Where Are the X-Men?

Like Deadpool, Marvel fans were thrilled when Disney picked up the rights to the X-Men again -- hoping to see them crossover with the Avengers in some form down the line.

While Feige was light on specifics, he did confirm the mutants will be coming ... eventually.

"You know how much I love the X-Men," he told Screen Rant. "I already said that's where I started. I can't tell you anything before we actually announced it, but rest assured, the discussions have been long and ongoing internally."

As Marvel Studios started to plan their own television series for Disney+, the Marvel series at Netflix started to get phased out. "Daredevil," "Jessica Jones," "Iron Fist," "The Punisher" and "Luke Cage" were all canceled, though fans have kept hope alive that some of those characters could still pop up at some point in the MCU.

There's been Internet speculation that Jessica Jones could appear on "She-Hulk," while other rumors have placed Charlie Cox's Matt Murdock in "Spider-Man 3." When asked by Deadline if he'd ever "revive" any of the Netflix series, Feige didn't totally shoot it down.

"Well, certainly you've seen what we announced at Comic-Con a year and half ago and on Disney Investor Day a few weeks ago, so that's our focus," he told Deadline. "But I've been at Marvel long enough to never say never about anything."

So you're saying there's a chance ...

The Future of Streaming at Marvel

Marvel Studios' upcoming TV series will be vital to the MCU and tie into future films. "WandaVision" will introduce Teyonah Parris as the adult Monica Rambeau, a character who made her debut as a kid in "Captain Marvel." Parris will appear in "Captain Marvel 2," while Scarlet Witch's story will continue in the already-announced "Doctor Strange 2."

"There are some shows that have been built to further expand our storytelling and then go into features," Feige told Variety. "There are some shows that, while always interconnected, are being built with multiple seasons in mind. So it'll vary the way a lot of I think great TV now varies, whether it’s a couple of years between seasons of 'Game of Thrones' or 'Stranger Things,' or one offs like 'Queen's Gambit.' One of the fun things about streaming is the rules are loose, which allows for you to just follow creatively, where you want to go."

Also fun for them is playing with episode length, with Feige telling Collider they're developing most of their shows "as either six hour-episodes, or nine or 10 half-hour episodes." The first three episodes of "WandaVision" hover around the half-hour mark, with "She-Hulk" following suit. "Loki," "Moon Knight" and "Falcon and the Winter Soldier," meanwhile, are being developed as six 40-50-minute episodes.