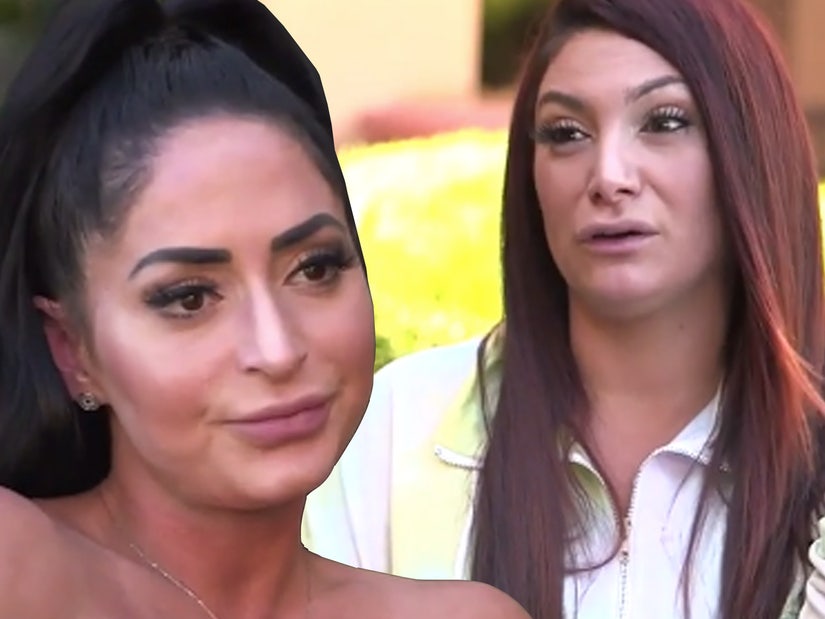 "This is something I've been dreading for the past 10 months," said Deena.

It took nearly a year, but "Jersey Shore Family Vacation" costars Deena Nicole Cortese and Angelina Pivarnick finally made progress in their big feud over that wedding speech.

Up until tonight's episode, Angelina had only spoken with Deena, Jenni "JWoww" Farley and Nicole "Snooki" Polizzi via text or social media -- with Deena avoiding her in Las Vegas, so far. But with Pauly D's girlfriend Nikki Hall coming to the resort, he orchestrated a big family dinner -- where Deena and Angelina finally came face-to-face.

So, what were Deena's first words to Angelina after 10 months of not speaking to each other? "Angelina, do you mind passing me the bruschetta?"

Despite Ronnie dubbing it "the boringest couples dinner" he'd ever been to, the tension between the two women was non-existent as they kept it classy in front of Nikki. It went so well, Deena started feeling better about having a real sit-down with Angelina to "get the negative energy out of the way."

The next morning, the two women sat down with each other without anyone else from the cast around, finally hashing everything out in a long-overdue conversation.

"I'm exhausted from everything. I know the speech hit the wrong way, but it got bigger than it had to be, taking sides and fighting with each other, just crazy," began Deena. 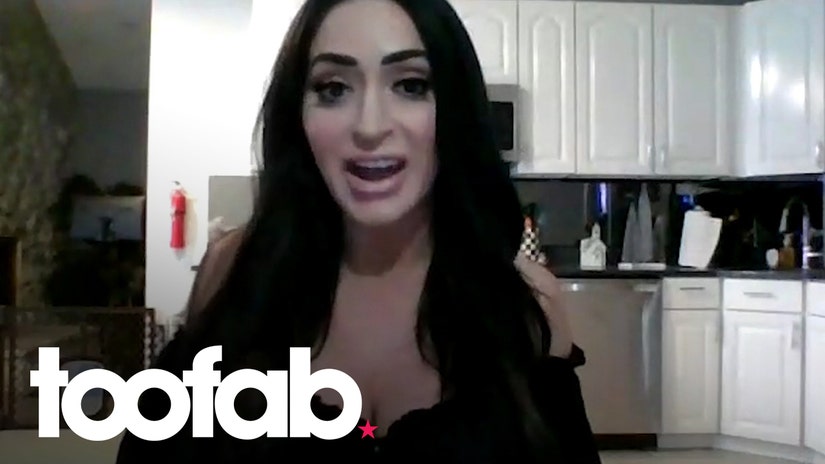 "I could have just forgot about it and texted you guys the next day saying, 'I'm very upset,' but I was really mad," Angelina replied. "It wasn't just about me. It was in front of everybody. Chris' family was there."

Deena explained she was hurt Angelina would think she would intentionally do anything "malicious or do something to ruin someone's wedding." She said that's not who she was, before admitting she was drunk and emotional when she proclaimed she'd "never" film with Angelina again.

"When I woke up the next morning, I regretted saying that, I didn't mean it," she said. "But then the footage got leaked and you were sort of feeding into it and stuff and you didn't care about our actual relationships, you cared about what social media thought."

"It was kind of like you saw an opportunity, in my expense," Deena continued, as the conversation started to get a little heated. 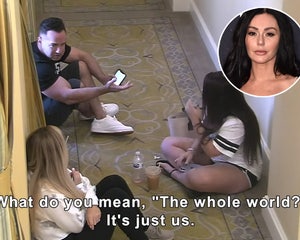 "But you have to understand my feelings," Angelina shot back, "I don't really wanna go back and forth like this, but I was really upset." Replied Deena, "It's like 10 months later and we're just gonna go around in circles. It wasn't like we did this to ruin your wedding."

Deena claimed she went "into a depression" and cried every night after the incident. "I'm very sensitive and emotional," she explained, "I went into a hole." Angelina told her she didn't believe Deena, "personally," meant to be malicious with the speech.

"I think if social media didn't get involved, I would have been able to move on a lot quicker," said Cortese. "If there's s--- that happens in our family, it has to just stay here and then we can move past it on our own time without so many millions and millions of people."

She added, "I am sorry about the speech, I'm ready to move on, at this point I feel like the family's broken up and the boys hate it and it's time."

Deena said that if she could go back, she "would have never said the f------ speech at all." 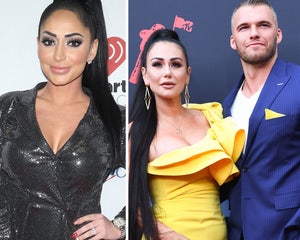 The two agreed they could move past it, recognizing there are so many bigger problems in the world that their "stupid" and "dumb" feud over a wedding speech. That being said, Angelina still believed she had "another hurdle" ahead of her trying to mend fences with Jenni -- saying "we took 10 steps forward to take five steps back."

"A million steps back," Deena corrected.

The hour ended with the two women coming together to pull a prank on the guys, with Deena saying she felt Vinny crossed the line with a joke about the speech at dinner before telling them she had booked a flight home. The boys fell for it and felt guilty, before the girls came clean.

Just before the credits rolled, Pauly exclaimed "We did it, fellas!" -- before Jenni got a phone call saying she was cleared to travel to Vegas to join them all. 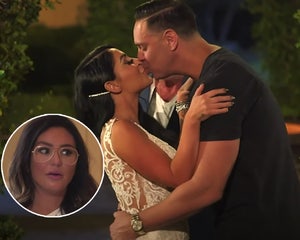 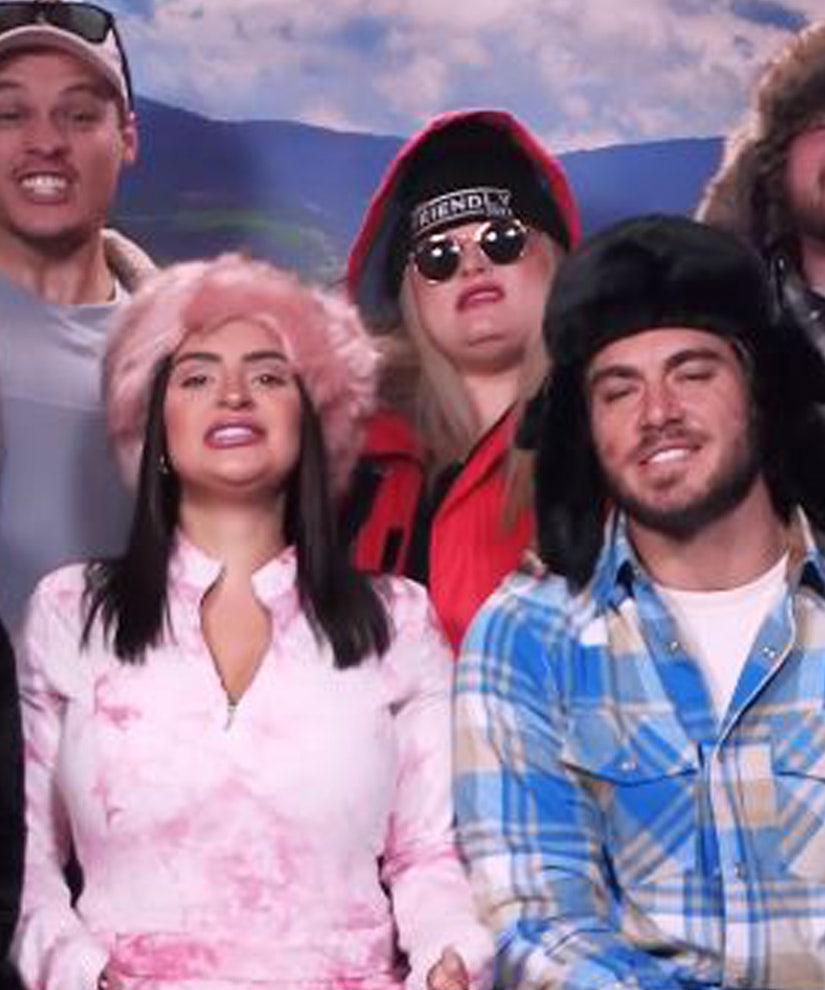 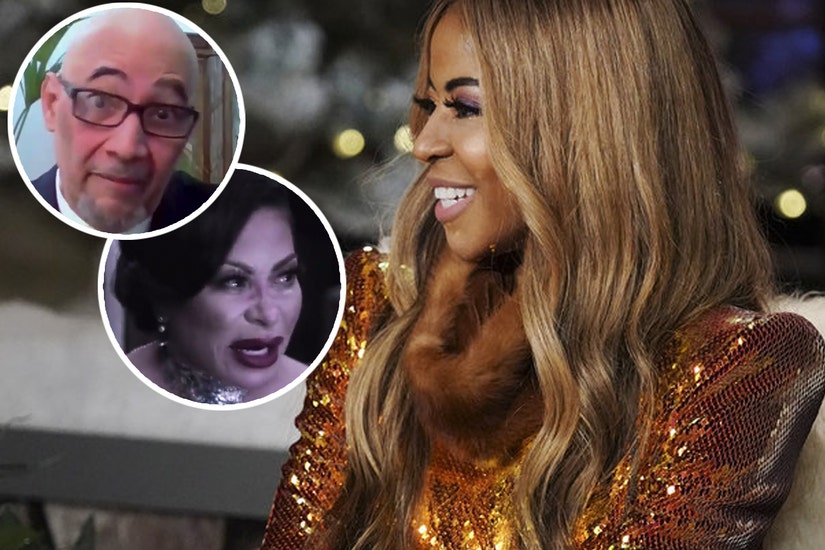 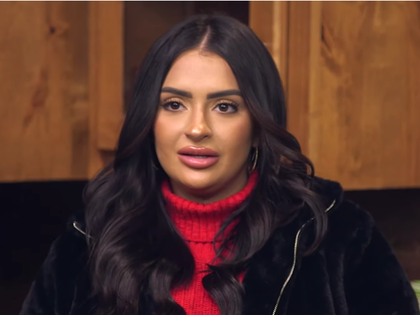 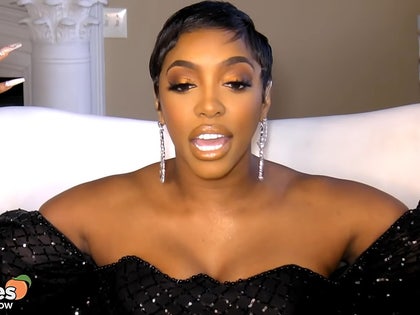 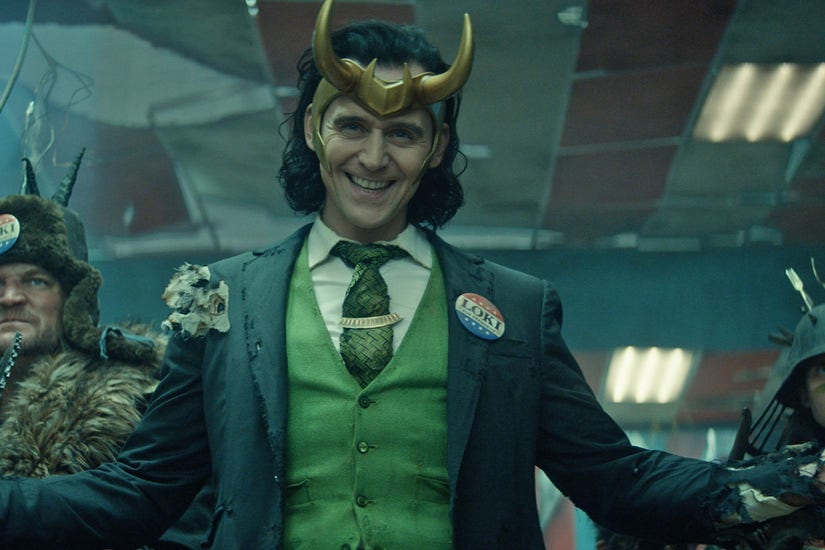