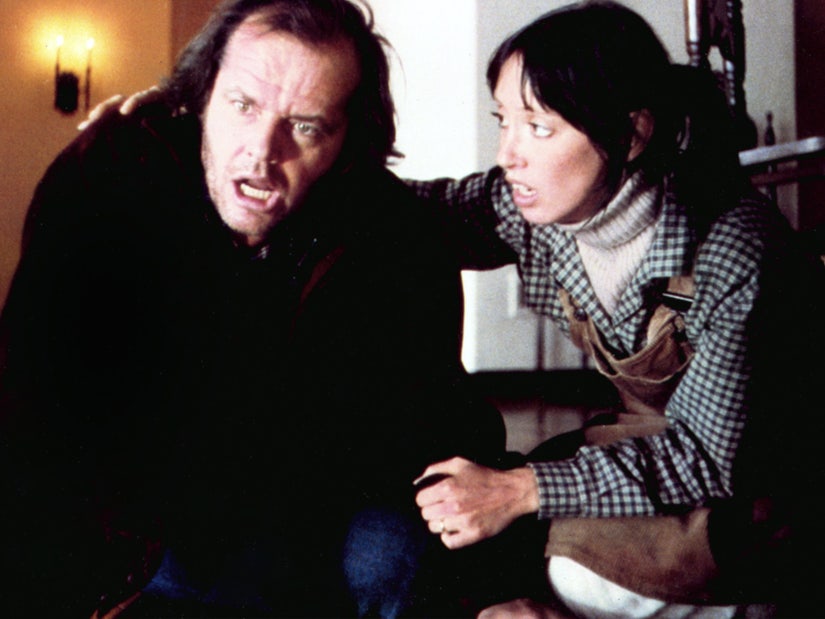 "I found out the kind of person he is the hard way," she said of McGraw.

When reclusive "The Shining" star Shelley Duvall re-emerged on "Dr. Phil" back in 2016, it was a jarring experience for viewers -- who quickly condemned the talk show host for "exploiting" Duvall's mental state; Dr. Phil at the time attempted to get the actress professional care. The Hollywood Reporter, however, tracked down Duvall earlier this year, with the goal of not allowing that one TV appearance to "be the final word on her legacy."

In a new, extremely rare and socially-distant interview with the publication in her Texas hometown, Duvall opened up about what it was really like for her to work with Stanley Kubrick on "The Shining," while also briefly reflecting on her last TV appearance. 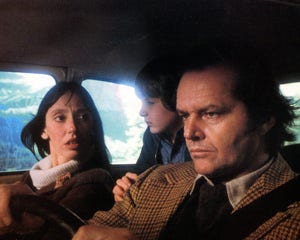 According to THR, Duvall now lives in Texas Hill Country with Dan Gilroy, with whom she's been linked to since 1989. Gilroy didn't agree to be interviewed for the piece, nor was writer Seth Abramovitch allowed to visit their home. The author noted that many locals were also extremely protective of Duvall, especially following her appearance on Dr. Phil.

"Her mood ebbed and flowed throughout the day, but I found her memory to be sharp and her stories engrossing," noted Abramovitch of Duvall's overall demeanor during their time together.

Looking back at the shoot for "The Shining" -- which was well-documented as being especially rough for Duvall, who Kubrick once told was "wasting everyone's time" on set -- the actress explained what was so "difficult" about it.

"[Kubrick] doesn't print anything until at least the 35th take. Thirty-five takes, running and crying and carrying a little boy, it gets hard. And full performance from the first rehearsal. That's difficult," she explained.

To get into that Wendy Torrance headspace, she'd "listen to sad songs" on her Walkman or think about how much she missed her family.

"But after a while, your body rebels. It says: 'Stop doing this to me. I don't want to cry every day.' And sometimes just that thought alone would make me cry," she continued. "To wake up on a Monday morning, so early, and realize that you had to cry all day because it was scheduled — I would just start crying. I'd be like, 'Oh no, I can't, I can't.' And yet I did it. I don't know how I did it. Jack [Nicholson, her costar] said that to me, too. He said, 'I don't know how you do it.'"

She also downplayed any insinuation that Kubrick was antagonizing on set to get her to give the performance he needed out of her. "He's got that streak in him. He definitely has that. But I think mostly because people have been that way to him at some time in the past," she said. "He was very warm and friendly to me. He spent a lot of time with Jack and me. He just wanted to sit down and talk for hours while the crew waited. And the crew would say, 'Stanley, we have about 60 people waiting.' But it was very important work."

Duvall also started crying when the writer pulled out his phone to watch the scene of Wendy fighting back against Jack on the Overlook's lobby stairs. When asked why she was getting emotional, she said, "Because we filmed that for about three weeks. Every day. It was very hard. Jack was so good — so damn scary. I can only imagine how many women go through this kind of thing." 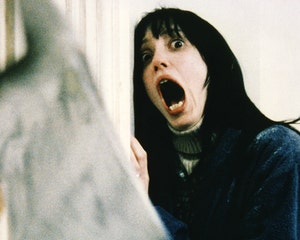 The piece notes Duvall got "visibly distressed" when Dr. Phil's name came out during the interview. Her sit-down with McGraw -- for an episode about mental illness -- was troubling to anyone who watched, as she rambled about the Bermuda triangle, hornets attacking her spinal cord and her belief Robin Williams was alive and a "shape-shifter." McGraw got a lot of backlash for the episode when it aired.

"I found out the kind of person he is the hard way," Duvall said of Dr. Phil now. "My mother didn't like him, either. A lot of people, like Dan, said, 'You shouldn't have done that, Shelley.'"

Duvall seems content living in Texas right now with Gilroy and even recently reconnected with a number of die-hard fans of "The Shining." According to the article, she recently celebrated her 70th birthday with some of them in 2019 at a Red Lobster.

Read the full profile at THR. 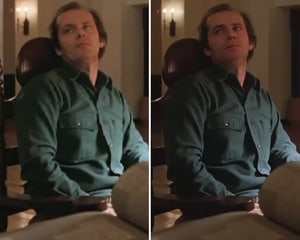