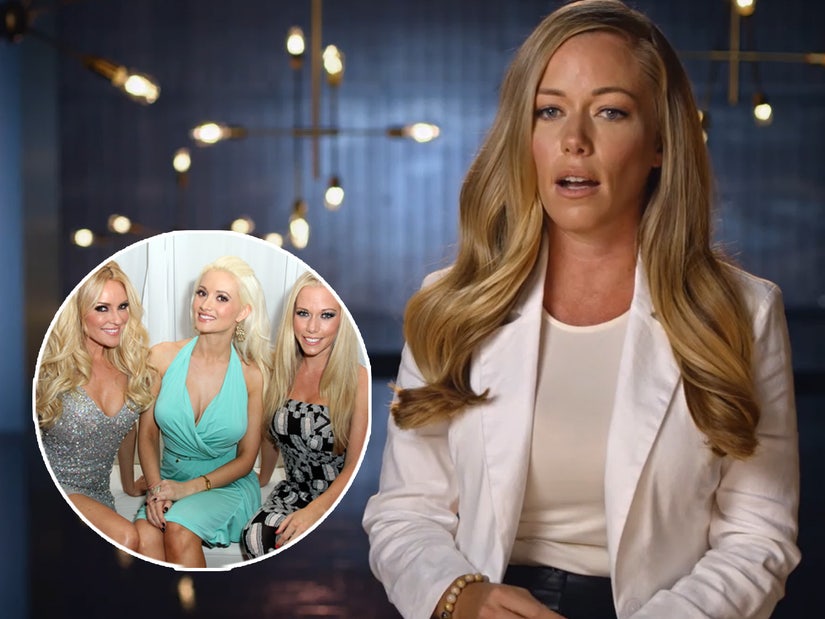 Kendra says the girls "were not friends," while the show's EP says it drove the other women "crazy" to see Wilkinson make "great television."

It's not really a secret that Kendra Wilkinson, Holly Madison and Bridget Marquardt weren't the besties they appeared to be on the incredibly popular reality series "Girls Next Door" -- but some new intel from behind the scenes revealed just how bad those frustrations were.

Kendra Wilkinson was joined by the show's executive producer, Kevin Burns, on the premiere episode of Andy Cohen's "For Real: The Story of Reality TV" on Thursday night, where they both spilled some secrets from the set. 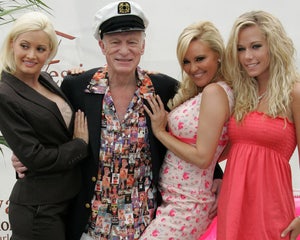 "I would have been an idiot not to make a good show out of people living at the mansion," said Burns, who admitted the original idea for the show was a completely different beast. "The notion was Hefner raising his sons with his estranged wife living next door and him going to PTA meetings and helping his kids with their homework," he explained.

"When I proposed that to Mr. Hefner, he almost killed me," he added, saying Hefner told him, "This is the dumbest idea I've ever heard, no one would want to watch that show and I don't go to PTA meetings. What people want to see if my real life."

They filmed a 22-minute pilot called "Hef's World," but the decision was later made to focus in on the three main women in the Playboy creator's life and their lives in the mansion.

"I was 19 at the time, living at the mansion and one day we're in the limo with Hef and Hef goes, 'We might be filming a reality TV show, girls,'" recalled Kendra, who wasn't initially sold on the idea. "I'm like, what? No! No, I'm sorry, I'm not doing that. Just don't film us looking like skanks, I'll be good." 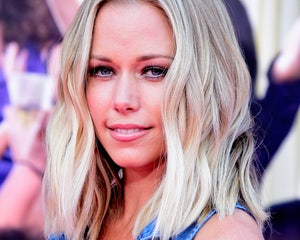 Kendra Wilkinson on Vegas Gig, Feud With Holly Madison: 'I Have No More Hard Feelings' (Exclusive)

When cameras showed up at her door at 7am to shoot on the first day of filming, she had no idea what to do. "I have to take a s---, are you going to film me taking a s---?" she recalled telling the camera operators. "Like, what the f---?!"

The three women sold camaraderie on the show, but it wasn't like that at all when they stopped filming.

"On camera, you saw us together and it was the trio. Off camera, we would just disappear into our own little world," said Wilkinson. "We just never bonded. We were not friends."

Burns revealed just how cutthroat it got between them.

"Bridget, early on, would have a stopwatch and she would track how many screen minutes Kendra would get," he claimed. "I tried really hard to give each of the three girls equal time, but it drove them crazy that Kendra was the gift that kept on giving. Whenever you turned the camera on her, you were gonna get great television and the other girls felt they had to work harder for it." 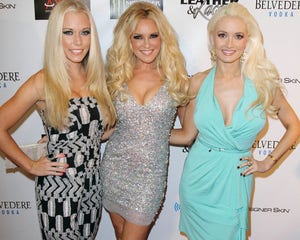 Holly Madison: Nothing Good Would Come from Meeting Up with Kendra Wilkinson

The series spawned four different spinoffs; "Kendra," "Kendra on Top," "Holly's World" and "Bridget's Sexiest Beaches." Wilkinson's shows were clearly the most popular of the group, as her personal life with Hank Baskett continued to make headlines long after "The Girls Next Door" ended.

Kendra reflected on the demise of her marriage during the "For Real" special as well, after Baskett was caught having an affair.

"Reality happened. I was stuck, I didn't know what to do," she said. "I didn't know whether to turn the cameras off and run the other way or continue to do what I love to do. I'm very open and unfiltered, which is good for TV, but caused a lot of heartache and a lot of problems."

"Me and my ex husband have so much love for our kids, we chose to shut the cameras off during our divorce," she added. "We both had to do a lot of healing." 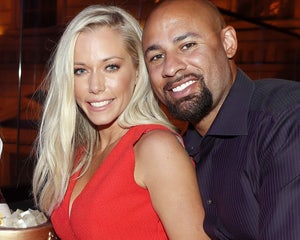