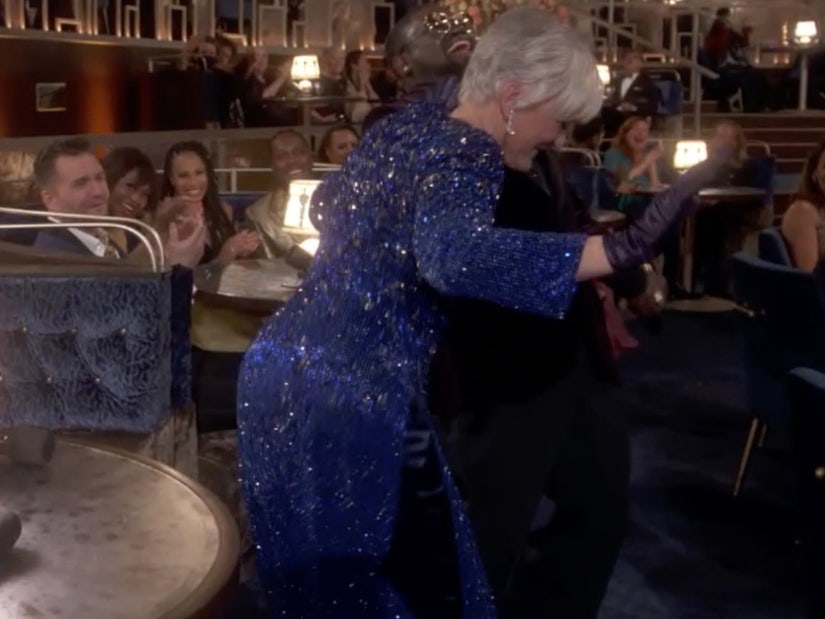 Yes, it was planned, but some of it was still "completely spontaneous."

Glenn Close may not have taken home a little gold guy, but she still stole the show on Sunday at the Oscars when she broke into "Da Butt." And while it was the night's most viral GIF, Close revealed just how great an actress she really is by explaining the whole thing was set up ahead of time.

Near the end of the show, Close was included in a game that went on far too long in which guests had to guess whether or not a song from a movie soundtrack was ever nominated for an Oscar. She got "Da Butt" from Spike Lee's "School Daze," not only getting the answer right -- it wasn't nominated -- but breaking out the dance moves in a moment that will now live online forever.

Late Monday night, Close took to her Instagram page to explain how the moment came about -- and what was and wasn't planned from the start.

"I knew that Lil Rel was going to quiz me about Da Butt and all three guys helped me run through what I was to say," wrote Close. "[Table mate Darrell Britt-Gibson] insisted that I mention the Backyard Band, on top of E.U., Suga Bear and the whole DMV."

"I had googled 'Da Butt' and watched Spike's music video so when Lil Rel asked if I could do the dance ... you can actually see me think of the video," Close continued. "That part was completely spontaneous."

She said Britt-Gibson, Daniel Kaluuya and screenwriter Chris Terrio -- who were all at her table -- "egged me on!!!!"

"It was ALL their fault," she added, before congratulating Kaluuya on his Best Supporting Actor win. "You are completely brilliant," she wrote, "I now consider both Daniel and Darrell to be friends-for-life!"