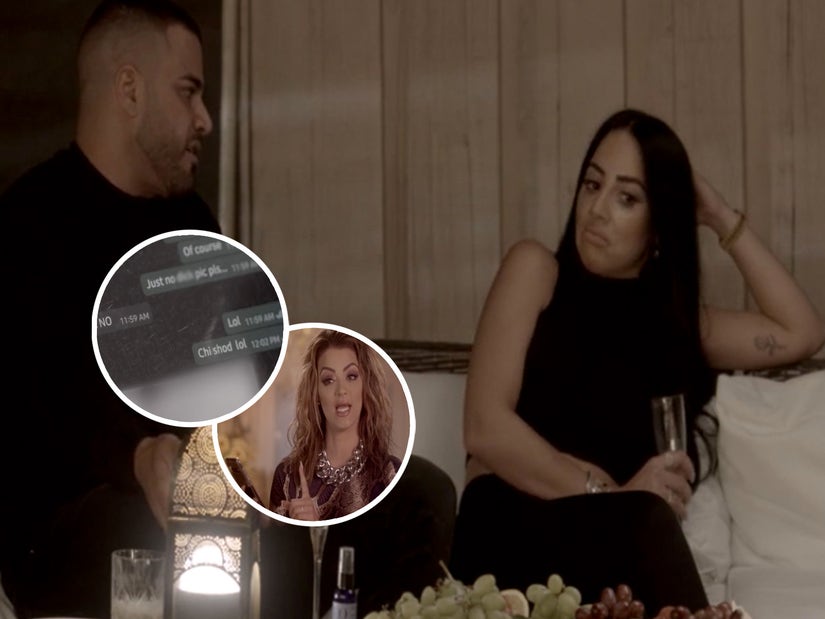 Mike, meanwhile, claims he was hacked.

While things between Reza Farahan and Mercedes "MJ" Javid appear to be on the road to recovery, another "Shahs of Sunset" duo was torn apart on Sunday night's Season 9 premiere.

Another sexting scandal blew up on the reality show, this time between Mike Shouhed and girlfriend Paulina Ben-Cohen -- who blew up his scandal by forwarding alleged screen shots of Mike flirting with other women to all of his friends.

When the episode began, Mike was showing Nema his new apartment in Hollywood. He explained that he wasn't yet living with Paulina because she was still in the process of a divorce, though they planned to get a house together at the end of the year. In a confessional, he called her his "soulmate," "partner" and "person," but viewers soon learned there was trouble in paradise. 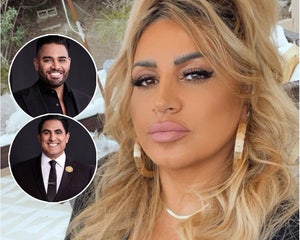 As Golnesa "GG" Gharachedaghi, Reza and Destiney Rose met up, they discussed how Paulina had made their relationship woes public knowledge the night before, by sending screenshots of Mike's alleged DMs with other women to their friend group in a fit of rage.

"What type of chick has an issue and then goes and calls all his closest friends?" asked GG, who said in a confessional that she believes Mike is a "nymphomaniac."

In the texts she sent the trio, Paulina allegedly wrote, "Once a cheater, always a cheater ... it was really nice getting to know you all, but I'm done."

"I think Mike, when it comes to sex, I don't think there's emotions attached to it at all. That's why I don't see what he does as cheating," GG said in a confessional. "He needs help with it, definitely, but I don't think it's something Paulina should take personally." 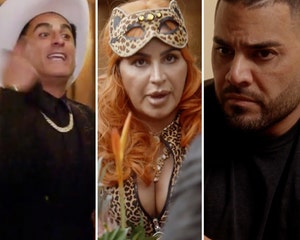 Viewers got to hear Mike's side of the story later, as he and Paulina met up with MJ and her husband Tommy for dinner. He brought up the situation on his own, claiming he started getting random text messages on his phone, before his iCloud "disappeared." He then claimed someone had hacked his account.

"I kept getting all these text messages and I'm like, I don't know who this is. Dude, this person, this crazy person starts sending messages back and forth, photographs it and sends it to her. Next thing I know, boom, explosion," he explained. "She drank a little bit, talked to Reza, Destiney and GG. From what I saw, these text messages were sexually graphic in nature. I never texted her."

Reza and Destiney then did a dramatic reading of the alleged texts, which included both Mike and the other woman asking about sexual preferences and a black and white photo of Shouhed "flexing his pepito," as Rose put it.

When Tommy asked why Mike couldn't just change his phone number, he said he didn't want to because he's used the same one for 25 years and needed it for business reasons.

"The messages Paulina saw, got upset over and sent to the group, 1000% fake," he said in a confessional. "I explained to Paulina about it and we're good." 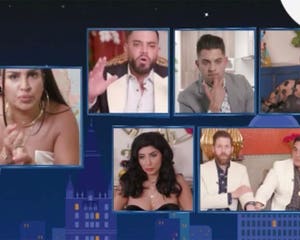 But they weren't, as Paulina made very clear when MJ pulled her aside for some girl talk.

"GG said to me, 'That's just how he is. I'm sorry.' She had texted me and she's like, 'I'm high, let me enjoy my pie girl.' It's happened a few times, it's not the first time," said Paulina. "He loves the attention. When you don't have that trust with your significant other, you have nothing at all."

MJ then relayed to Mike that Paulina felt pissed, broken and betrayed, but he didn't understand why. He was adamant there were "no inappropriate DMs."

The booze really started to hit when the two left MJ's home, with Mike telling Paulina on their way out that he can't stop people from messaging him, saying "that's on them." He then proceeded to tell her she was drunk, "acting erratic" and "crazy," none of which she wanted to hear.

Jumping out of the car, which had yet to leave MJ's home, she screamed "F--- you" at him and told him to "shut the f--- up." When he pointed out that there were cameras on them, she shouted that she didn't care and added, "leave me the f--- alone."

The episode ended with her telling him, "You're not coming home with me."