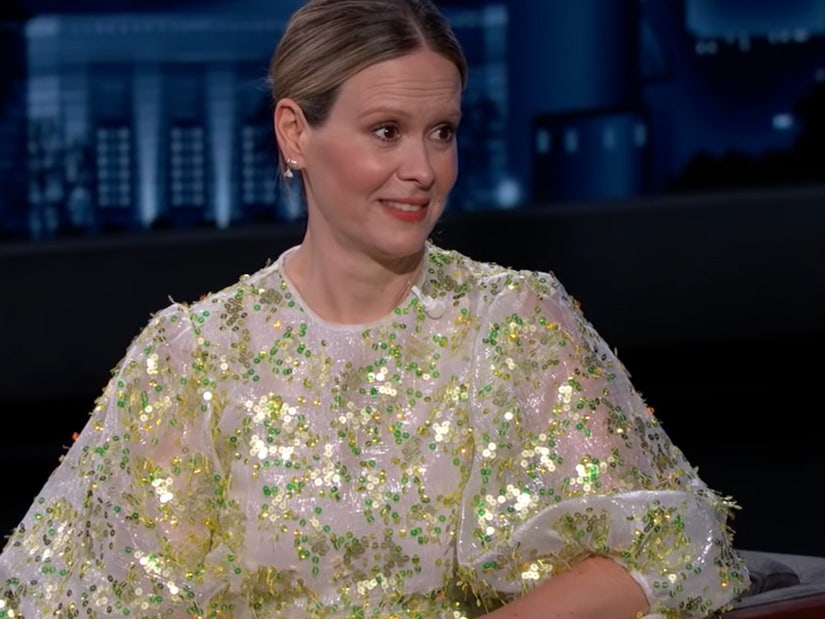 "Boy did he regret not taking me up on it."

Sarah Paulson just shared one amazing tale of rejection while at a party when she was just starting out in Hollywood.

During an appearance on "Jimmy Kimmel Live" on Monday night, the "American Horror Story" star revealed what happened after the late Carrie Fisher invited her to a "makeout party" at Gore Vidal's home "very, very early on" in her career.

Paulson said she remembered Shirley MacLaine and Queen Latifah being at the soiree, which got a little awkward when the theme for the night was put into practice.

"I was obviously panicked," recalled Paulson. "I didn't see anyone make out. But there was a hat with names in it and you were supposed to make out with whomever you pulled out of the hat."

"Matthew Perry pulled my name out of the hat and promptly left the room," Paulson continued, explaining that she knows it was her name because not only did she see it happen, but he even told her, "I got you."

"I was like, 'let's kiss' and he was like, 'No,'" she said with a laugh, explaining she believes it was "awkward" because they shared a mutual friend.

The two would later costar on "Studio 60 on the Sunset Strip," where she played his love interest.

"And then I got my kiss. I got several kisses," she added, "and boy did he regret not taking me up on it at Gore Vidal's makeout party!"

The host joked that Perry -- who has been open about his issues with substance abuse in the past -- probably didn't remember much about the night in question. "He probably thinks we did make out at that party," joked Paulson, who has been with Holland Taylor since 2015.