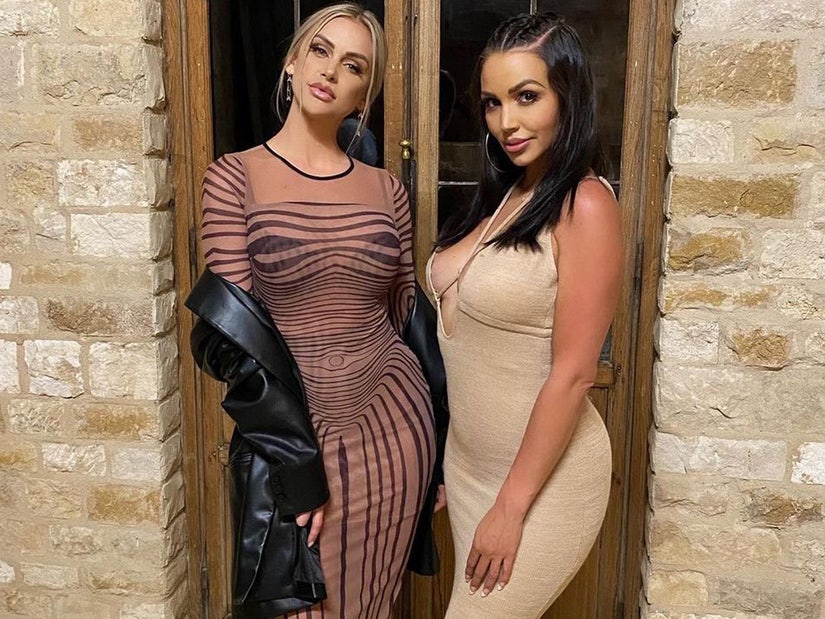 Lala Kent flexed her sense of humor by pretending to drag herself and friend Scheana Shay in an Instagram post referencing Kim Kardashian.

Late Tuesday night, the reality star shared a picture of herself wearing the same Jean Paul Gaultier gown Kim wore to the 2018 People's Choice Awards while posing next to her "Vanderpump Rules" co-star Scheana.

"Shahs of Sunset" star Golnesa Gharachedaghi even got in on the action, posting, "Hahaha!!! Great caption!"

And if fans were concerned that Scheana was insulted by the comment, she responded to Lala's post by writing, "I love you."

The pair have appeared to grow closer recently as they both welcomed baby girls with their fiancé's this year. Wrapping up Season 9 of "Vanderpump Rules" together after a huge casting shake-up may have cemented their friendship as well.

As for what the latest offering of the Bravo reality show will bring, Lala told Page Six recently, "So many people have asked what can we expect this season and this is the first year that I can say I have no idea."