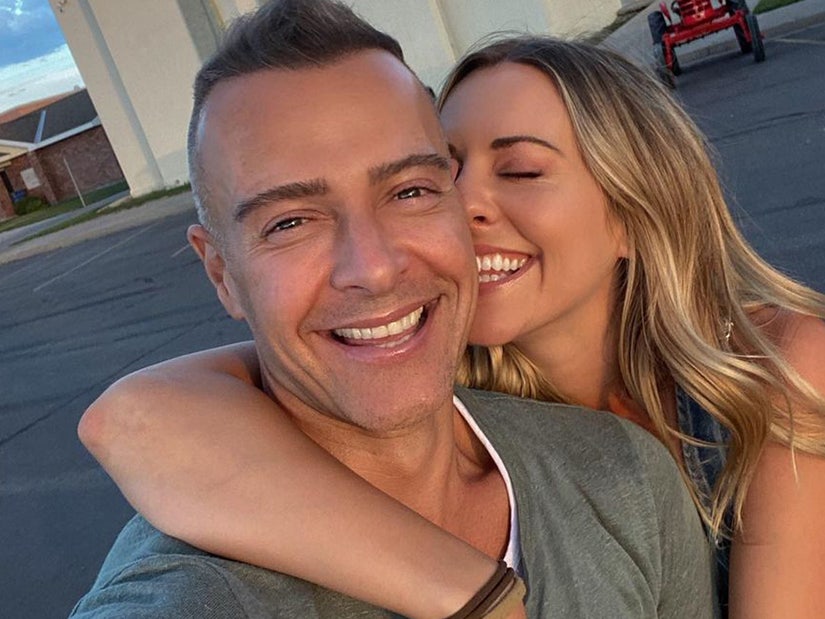 The news comes a little over a year after he split from his wife of 15 years.

Joey Lawrence is getting hitched ... again!

The 45-year-old actor and his two-time costar Samantha Cope, 34, are engaged, the actor confirmed during a recent interview with Us Weekly.

The two met while working on the upcoming film "A Deadly Deed" -- which Joey's brother Andrew Lawrence directed -- together. She also costars with both Joey and Matthew Lawrence in the holiday film "Mistletoe Mixup" and, according to Joey, the two also worked on a romantic comedy script together they just sold and plan to film later this year.

"So we met there and out of nowhere, you know, it was a crazy year and a half for everybody, obviously the whole world," Joey said of meeting on the "Deadly Deed" set. "Then when you least expect [it,] amazing things happen and meeting her has just been really the greatest thing ever."

Of their wedding plans, he added: "There’s a lot of stuff going on ... which we’ll talk about soon, but yeah, it's a lot of great stuff. A lot of really great stuff. She's the best person ever."

The engagement news comes a little more than a year after Lawrence and wife of 15 years Chandie separated. The former couple -- who share 11-year-old daughter Liberty and 15-year-old son Charleston -- filed for divorce in July 2020.

This will be Lawrence's third marriage. Before Chandie, he was married to Michelle Vella from 2002-2005.

While Lawrence and Cope have yet to show off her engagement ring on social media, the two often share PDA photos on Instagram. Just a week ago, she posted an "appreciation post" for Lawrence.

"Life is so full of blessings but also little unpredictable battles," she captioned a photo of the two of them. "I can't thank you enough for staying positive even in the toughest of times. You're my fav babe."

He kept the love fest going in the comments, writing: "Babe... you are an incredible pillar of strength love and kindness and continue to amaze me everyday. Life certainly is a bumpy and unpredictable ride ... but knowing the rest of my ride will be with you - makes it all worth it. And you are indeed my fave babe."