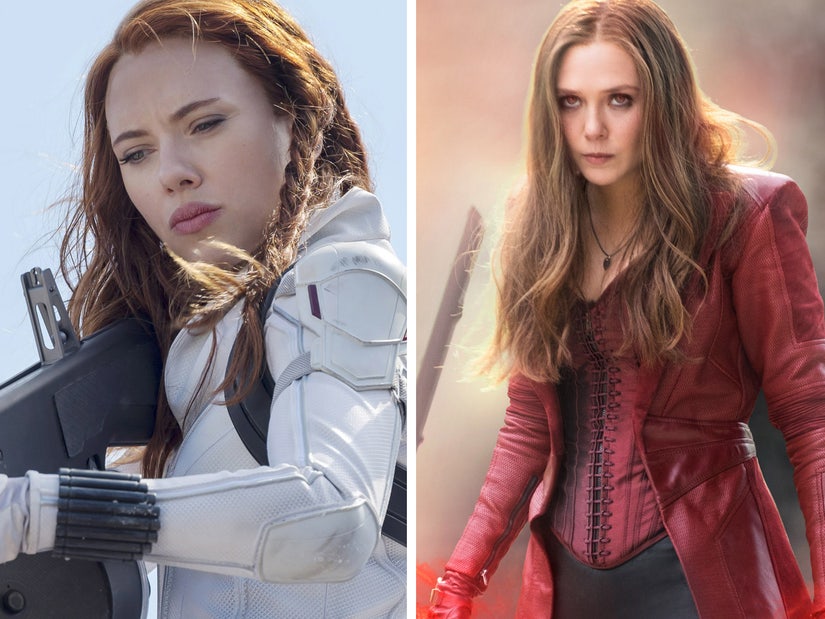 Olsen also shares her concerns about the future of theatrical releases.

Another Avenger just came to Scarlett Johansson's defense in the "Black Widow" star's legal battle against Disney concerning profits over her most recent film.

Over the weekend, Scarlet Witch herself Elizabeth Olsen was asked about the ongoing lawsuit during an interview with Vanity Fair. "I think she's so tough and literally when I read that I was like, 'Good for you Scarlett,'" Olsen told the publication.

She added, "when it comes to actors and their earnings, I mean, that's just, that's just all contracts. So it's either in the contract or it’s not."

Johansson made headlines when she sued Disney, alleging they broke her contract for "Black Widow" by releasing it in theaters and on Disney+ with Premier Access simultaneously. She claims the decision to drop it on streaming cost her backend profits she would have earned had the movie only been given a theatrical release.

According to Johansson, when she reached out to Disney to try and renegotiate her contract once the streaming decision was made, she was met with radio silence.

"The lawsuit is especially sad and distressing in its callous disregard for the horrific and prolonged global effects of the COVID-19 pandemic," Disney said in a statement. "Disney has fully complied with Ms. Johansson’s contract and furthermore, the release of Black Widow on Disney+ with Premier Access has significantly enhanced her ability to earn additional compensation on top of the $20M she has received to date."

Over the weekend, Disney tried to move the suit to confidential, binding arbitration -- prompting another scathing response from Johansson's legal team.

"After initially responding to this litigation with a misogynistic attack against Scarlett Johansson, Disney is now, predictably, trying to hide its misconduct in a confidential arbitration," said her lawyer. "It knows that Marvel's promises to give 'Black Widow' a typical theatrical release 'like its other films' had everything to do with guaranteeing that Disney wouldn't cannibalize box office receipts in order to boost Disney+ subscriptions. Yet that is exactly what happened – and we look forward to presenting the overwhelming evidence that proves it."

During the Vanity Fair interview, which was conducted alongside Jason Sudeikis, the two were also asked whether they were "worried about the theatrical experience" as Covid has changed the way in which films are being released.

"I'm worried about a bunch of things. Not worried on Scarlett's behalf. But I'm worried about small movies getting the opportunity to be seen in theaters. That was already a thing pre-COVID," said Olsen. "I like going to the movies and I don't necessarily want to see only an Oscar contender or a blockbuster. I would like to see art films and art house theaters."

"So I do worry about that, and people having to keep these theaters alive. And I don't know how financially that works for these theaters. I do hope that there's some sort of solution that the larger companies are coming together to keep, at least in L.A. this is going to happen," she continued. "But I do think it's going to be how it kind of used to be when studios owned theaters. And I have a feeling that we might go back to that being the only way to keep them alive with such expensive real estate."

After noting he was "of course" concerned about Johansson himself and said her legal battle was "appropriately bad-ass and on brand," Sudeikis chimed in on the streaming debate as well.

"I mean this thing [points at his TV] is as good as any movie theater, and all that stuff is getting cheaper and cheaper. If you're a family of five and you're going out there and it's a whole thing," he said. "And yet the communal experience, towards Lizzie's point is, is one that you can't replicate in home. You can't replicate through social media. I think both of our shows have succeeded greatly on their own merit, but it's certainly written further through people's love of them socially. Which would have happened back in the day around a water cooler."

So far, Dave Bautista is the only other MCU actor to sound off on Scarlett's lawsuit. When the story broke, he fired off a tweet reading, "Told em they should've made a #Drax movie but noooooo!"