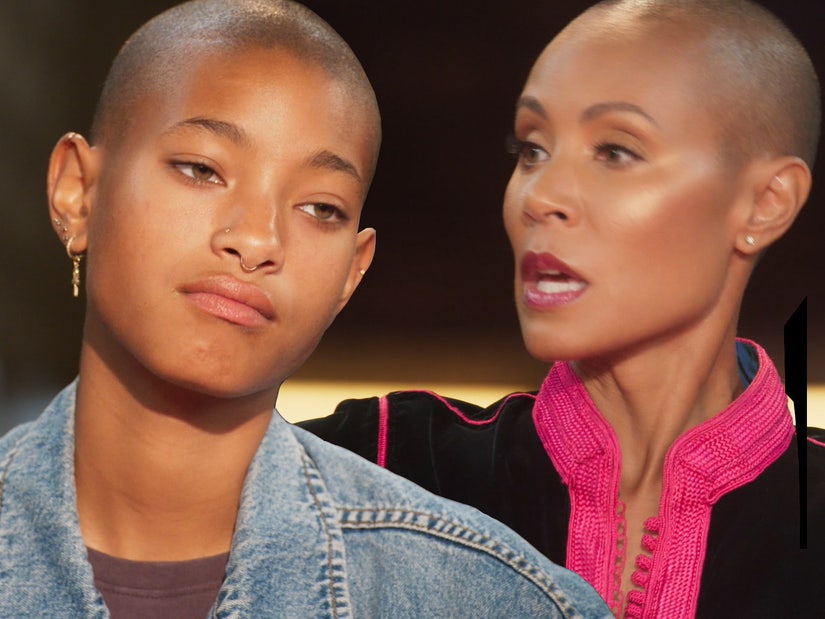 Willow was granted a temporary restraining order earlier this year.

Willow Smith and her family are opening up about a frightening incident with an alleged stalker on the new episode of "Red Table Talk."

For an episode all about cyberstalking, Willow shared her personal experience with the issue at hand, after she was granted a temporary restraining order against a man who she claims tried to break into her home.

Back in March, a judge ordered Walter James Whaley to stay 100 yards away from her at all times and stop communicating with her, after Willow claimed he climbed a fence to get onto her property around Christmas 2020, before looking for a way into her home. Per TMZ, she claimed he had also been communicating with her on social media, saying he wanted to marry her and have kids with her.

Speaking about the incident on "Red Table Talk," Willow was asked by her grandmother, Adrienne Banfield Norris, how it felt for her to go back to her home. "Besides, just feeling violated, were you fearful?" she asked.

"We went in and ..." Jada Pinkett Smith began, before Gam added, "Shored everything up."

"We shored it up. We got you loaded and protected," Jada added, addressing Willow. "Once they got all the evidence that they needed from inside, we had to take all the stuff out of the refrigerator because we were afraid maybe he put something in the drinks or in her food to knock her out."

"We had to go through everything. Toothpaste, everything," Jada continued. "Everything in the house had to go."

She added that they even checked out all the vents in her home, because they weren't sure whether the man "put cameras up" to spy on her. "We had to really strip the whole house down," Jada continued, "We shored her up, strongly."

In the full episode, out Wednesday on Facebook Watch, Willow's cousin Jade will also share her experience with online torment, while Jane Seymour's daughter Flynn Adams will also reveal "what brought extreme danger to her front door." Another young woman will also appear on the episode to explain "how she was tricked into sending naked photos to a sextortionist."