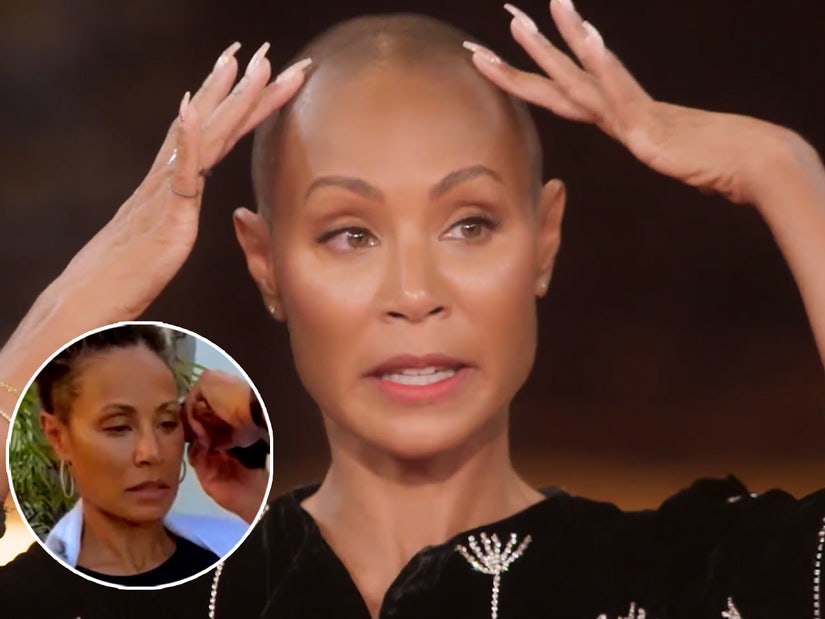 Smith details why she fought with the hairstylist on the film, before Willow shared a negative experience from a high fashion photoshoot.

The Smith women have embraced the "bald is beautiful" mantra and took a deep dive into their relationships with their hair on the latest episode of "Red Table Talk."

Jada Pinkett Smith, Willow Smith and Adrienne Banfield-Norris kicked off a new batch of their Facebook Watch talk show with not only a new Emmy in hand, but also some new 'dos. While Adrienne has been rocking a short look for some time now, during the break, both Jada and Willow buzzed off all their hair as well. Joining them was surprise guest -- and fellow member of the bald club -- Tiffany Haddish, who first opened up about why she made the cut.

"During that pandemic, I started reading the Bible more, the Torah and everything was talking about 'Know thyself.' And that kept resonating with me," explained Haddish. "I'm like, I don't know what's going on on my head, I don't know what kind of scalp I got."

With no red carpets in her near future thanks to the pandemic, she decided to cut it all off.

"When I felt my head, I never felt that sensation in my life. It tickles. And it was the most amazing feeling I ever felt in my entire existence," she said. "People was acting weird, like, 'Why would you do this? She's losing her mind. What are you going through, are you okay?'

Though she said the cut made her realize she had a bit of a "meat head," her boyfriend Common had zero complaints.

"At first, I was concerned. He looked at it, he says, 'You're beautiful, you look so beautiful, look at your face, I can see all of you,'" she revealed. "I said, 'When I get home, you gonna get it! I'm gonna put my bald head on your bald head.' I started to fall in love with myself. God did a good job putting me together."

She added that her mother was "really upset" after she cut off her hair, wondering whether Haddish was "trying to be a man" with her new cut. Her mother even told her, "You're not ugly but you're not beautiful either" -- but Haddish is happy and hasn't had a headache or scalp itch since. 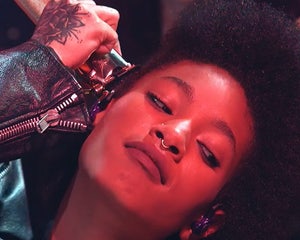 "We had similar journeys. Even for me, it was a mixture of a spiritual calling and also going, at some point, your hairline is going to be back here ... so we might as well just do it now," Jada explained of her decision. "So it was taking that leap. But so many things I've discovered about myself. It's been such a freeing ... so much just lifted off of me. The time is now. [Willow] was like, 'Just do it mom, you've been wanting to do it for so long.'"

When asked by Haddish how Will Smith responded, she said he "loved it" -- before viewers got a peek at the text message Will sent Willow after seeing a photo. "Stunningly beautiful," he wrote to his daughter.

"I had been talking about shaving my head for a while. It was just time. I was just ready for that kind of expression and release. I'm so glad I did it, it was such a beautiful experience and such a freedom," Jada added. "I feel more connected to myself and the Great Divine. It was a huge, huge, huge release. I was just like, I'm over it. It was that moment, I was just done. Done with the worry, done with the care, I'm just done."

Both Willow and Jada then shared a few professional experiences with haircare that left a bad taste in their mouths, as the hairstylists assigned to them were inexperienced with working with Black hair -- something which is unfortunately all too common in the entertainment industry.

"There was a very high fashion photoshoot and all of the white models were getting their hair done, they all had somebody. The person that was supposed to do my hair came, looked at it and tried to do something to it. I could tell they were extremely perturbed," Willow explained, noting that they clearly didn't know what they were doing. "That anxiety made me feel like I'm gonna take the reins on this. I basically did my own hair for that really high fashion shoot, that shouldn't be happening."

Jada could relate, saying she's been put in "some crazy wigs" by people who "don't know enough about Black hair." A photo then popped up of her blunt look from "The Nutty Professor," specifically saying that experience "was a rough one."

"This was rough, because the woman who made this wig, she missed the mark. She thought the roots should be not smoothed, but the hair should be straight," Jada recalled. "She said, 'Usually for Black women, you don't have straightened roots.' And I said, 'No, no, we do. We either straighten it with a hot comb or we perm it.' She didn't believe me."

"As a woman, as you get older, when you start to take your power back and everything you do is for you. I'm about to turn 50 and I don't have time. I really don't," she added. "Part of me just shaving my head was marking that moment."

The episode ended with appearances from "Insecure" star Yvonne Orji and a group of women who decided to shave their heads for the very first time on-camera. Watch the full thing above!