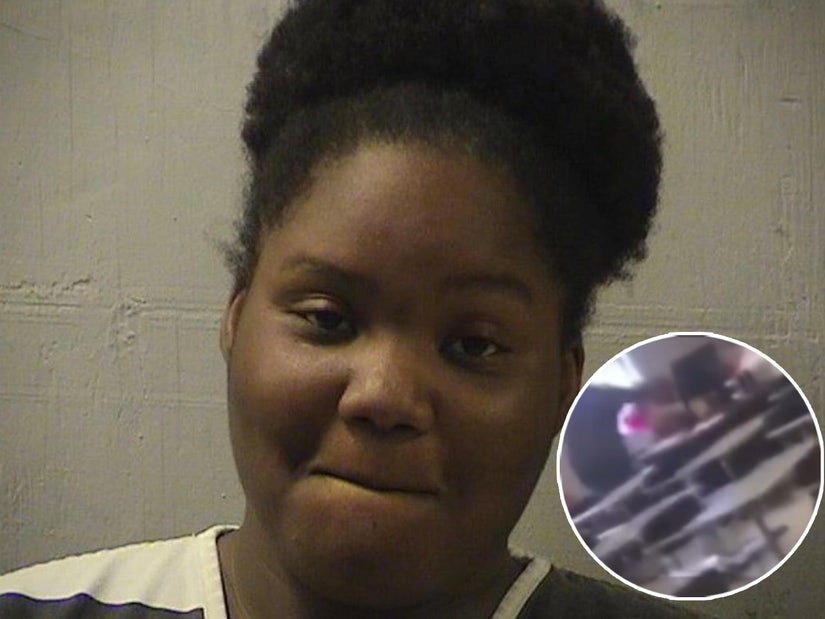 "If you watch the video it sounds like they knew this was about to happen."

A 64-year-old disabled teacher ended up in hospital after being attacked by an 18-year-old student — and police are investigating if it was part of a TikTok challenge.

Video shows the unidentified English teacher being viscously beaten by a female pupil ... as it's all filmed by fellow students hiding in the doorway.

The attack happened on Wednesday in Covington High School, Louisiana, just after the dismissal bell rang. 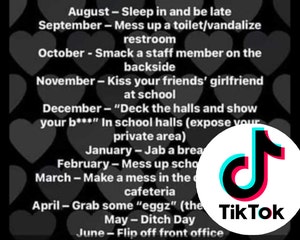 The video shows the teen suspect, Larrianna Jackson, standing over the teacher at her desk, before suddenly unleashing a flurry of blows to her head, knocking her out of her seat.

"She was just talking to the student about a grade, and the child was just explaining her side, and then all of a sudden she was attacked," St. Tammany Parish Public Schools Superintendent Frank Jabbia said.

Jackson was arrested and charged with Battery of School Teacher, a felony. She was transported to St Tammany Parish Jail to await prosecution.

But it's the chatter behind the camera that has police suspecting the attack may have been premeditated ... and considering further arrests.

"Come on, come on, come on!" one can be heard excitedly whispering. "Bitch, she better f---ing not," another says. "I'm gonna start running."

"We don't know at this time why exactly or what the motive is behind the attack," one Covington PD officer told 4WWL. "The suspect was uncooperative during the investigation."

"If you watch the video it sounds like they knew this was about to happen. And so we're looking into it and there may be more arrests that come out of this."

In a Facebook post, Covington PD said it was investigating if the attack was part of the infamous TikTok "Smack a teacher" challenge.

"Officers learned that this violent attack by Jackson, may have been prompted by a viral social media application known as Tik-Tok," it said. "Evidently users on the app have deemed it to be a challenge to damage school property and attack teachers. The Covington Police Department would like to remind everyone that anyone who participates in such a challenge will be booked accordingly."

Educators across the country have been warning staff about the so-called "Devious Licks" list: a set of monthly "challenges" daring students to commit various offenses against their schools.

They range from the petty — like turning up late — to potential felonies like assault and sexual assault.

September's challenge, which dared students to vandalize school bathrooms, left many in ruin.

In a tweet, TikTok insisted it is not a trend on its platform, and any attempt to make it one will be removed.

"The rumored 'slap a teacher' dare is an insult to educators everywhere," it said. "And while it is not a trend on TikTok, if at any point it shows up, content will be removed."

Meanwhile the victim of the attack, who has worked in St Tammany "for a very long time" according to Jabbia, is in recovery.

"She is very bruised and hurt, and just in a lot of pain," he said, "and I just feel for her."