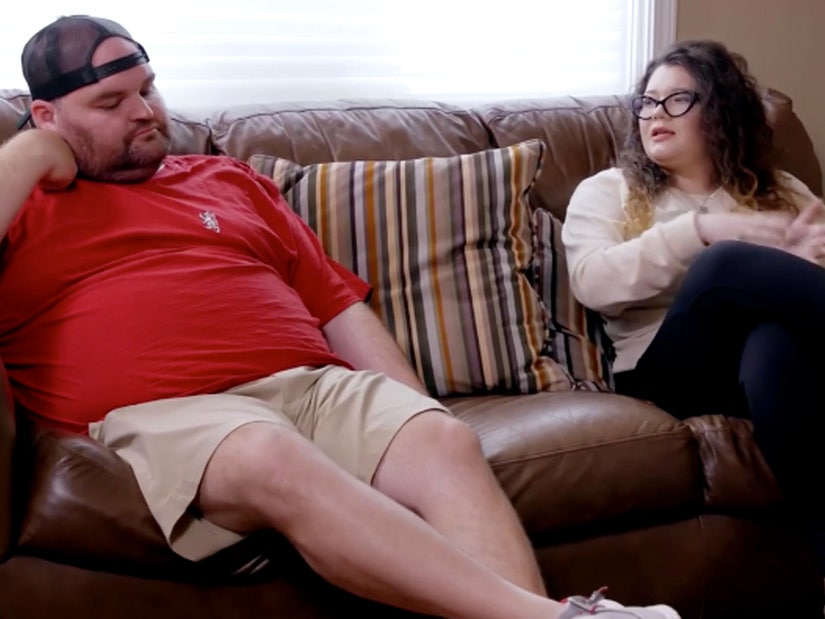 Gary came away from the session with a deeper understanding of her mental illnesses and the heartbreaking reasons she would sometimes bail on seeing Leah.

"Teen Mom OG" stars and exes Amber Portwood and Gary Shirley might actually be making some big strides in their coparenting relationship, after he finally agreed to join her for a joint session with her therapist.

Amber hoped that by going with her, Gary would start to understand her mental illnesses a little bit more and how they affected her relationship with their daughter Leah. Amber has been open in the past about her diagnoses with Borderline Personality and Bipolar Disorder, but she said she felt Gary had "always kind of been a little [skeptical]" about them in the past.

"So I just kind of thought the best thing I could do was to inform him with you," she said as the two sat down with her psychiatrist. Gary, meanwhile, said he was there because he and his wife Kristina were not only trying to be better coparents with her, but also wanted to be "more understanding" of everything Amber's going through. 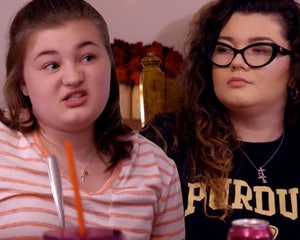 The psychiatrist explained both of Amber's diagnoses, saying that a major side effect of borderline personality disorder is a fear of abandonment, while her bipolar disorder could lead to extreme highs and lows, causing confusion for anyone in their orbit. While Gary admitted Amber "doesn't get as angry as she used to," he -- choosing his words very carefully -- also expressed concern over her social media behavior.

"Her Instagram posts, videos, whether directed toward her fans or if it's directed toward us, Leah sees that and she doesn't, like, want that," he said, as footage from some of her Lives calling Kristina a "home wrecker" were shown. "Some of [Leah's] friends see it too, they see it and it's embarrassing to Leah."

Amber said she was "having a very horrible manic episode" at the time. She added that sometimes that mania can last a couple weeks where "you talk a lot of s---" -- only to "feel horrible afterwards" and wonder how to fix it. She also wondered how she could explain that to a 12-year-old girl.

The psychiatrist agreed that Amber needed to "be more careful" about what she posted online, but said he thought she had been doing a better job of that more recently. She admitted that she actually handed over her Instagram to her manager.

"A lot of us people like me, it's like burning bridges left and right and that's not something I want to do with Leah," she added. "I think she feels really abandoned, even though I never meant to do that. I also don't think she understands a lot of what I did was for her."

When the therapist pressed for more, Amber explained that she was protecting her daughter -- and said that, had she been around more, Leah "would be a different child."

"There was times Gary believes I just didn't want to pick her up because of a man and really I would be getting a nice bruise on my face that I was trying to put makeup over and couldn't cover it," she claimed. "I would have to call and make up some really dumb f---ing excuse that Gary would be like, 'Okay.' I thought I was protecting her, but at the same time, people say you could have left certain people. It was really hard."

The psychiatrist explained that it's common for people with borderline personality disorder to have a hard time getting out of bad situations, due to their abandonment issues. He then suggested Leah get some kind of therapy herself, working toward the goal of them having either a family session for the group, or something smaller with just Amber. He felt if Leah understood her own feelings about her mother, it could help her express them to others more clearly -- and everyone could finally understand where they were all coming from.

They were both feeling good after the session and even though neither Amber or Gary felt they should force Leah into therapy, Gary said he was certainly more "open to her" seeing a therapist now.

"As far as you being diagnosed, I can now know at least what two of your disorders are and I understand a little more about it," he added, saying that while he may have in the past thought she was claiming mental illness as "an excuse," it helped to hear her diagnoses validated by a professional firsthand.

Though it looked like things between them were in a good place when the season wrapped, a teaser for the upcoming reunion special showed the two at odds again -- with Amber angrily telling him, "Everything that you do is for television!"