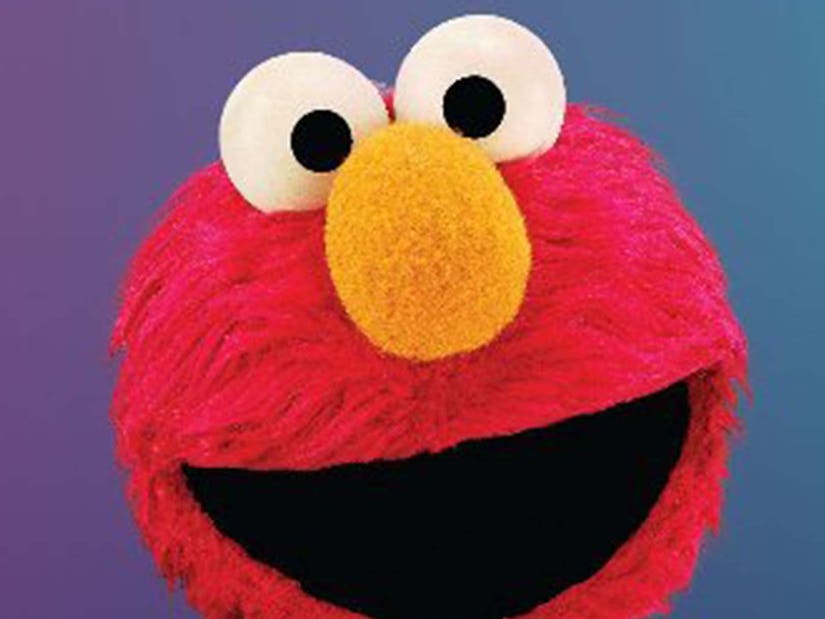 “Has anybody ever seen a rock eat a cookie? Elmo is just curious,” he asked.

On Wednesday January 5, Elmo took to Twitter to assure "Sesame Street" fans that he and Zoe were still the best of friends after a clip of him exchanging some heated words with Zoe after she denied him the cookie she was saving for her pet rock.

The original 35 second clip was pulled from a 2004 episode of the children’s show titled "Elmo feels he's treated unfairly by Rocco."

there are tears in my eyes y’all my stomach hurting pic.twitter.com/bbkF9yDZLf

The video starts by Elmo requesting an oatmeal raisin cookie after he exclaims that they are his favorite. Unfortunately for the little red monster, the flavor had already been delegated to a rock. When he realizes that there are none left, he reaches for the cookie in front of Rocco to which Zoe stops him sharing that her rock wanted the cookie.

Zoe responds, "Yes he will, you can't have that cookie Elmo. Rocco wants to eat it!"

In the video you can hear a frustrated Elmo lose his cool after Zoe refuses to give him Rocco's designated oatmeal raisin cookie, "How? How is Rocco going to eat that cookie, Zoe? Tell Elmo. Rocco doesn't even have a mouth. Rocco is just a rock. Rocco is not alive!"

Elmo took to Twitter to address the feud and to clear the air about where he stood with Zoe after the cookie debacle.

Has anybody ever seen a rock eat a cookie? Elmo is just curious.

"Has anybody ever seen a rock eat a cookie? Elmo is just curious," he asked.

After the clip went viral on Twitter, users quickly began to pick sides with many followers agreeing with Elmo and his plight to eat an oatmeal raisin cookie.

"The Elmo vs Rocko saga is one of the most astounding things I've ever seen. The funniest part is that Elmo's never in the wrong, but he keeps getting scolded for not playing along," one user commented. "And Zoe gaslights the crap out of him in every situation."

Despite his friendship with his orange friend, it looks like the red monster isn't open to squashing his beef with Rocco anytime soon -- though Jada Pinkett Smith suggested a solution.

. @elmo and zoe call me. I got seats for you both at @RedTableTalk anytime you are ready. There are 3 sides to every story❣️

A different kind of rock, Dwayne "The Rock" Johnson, also got in on the action -- and got a response from Cookie Monster in the process: