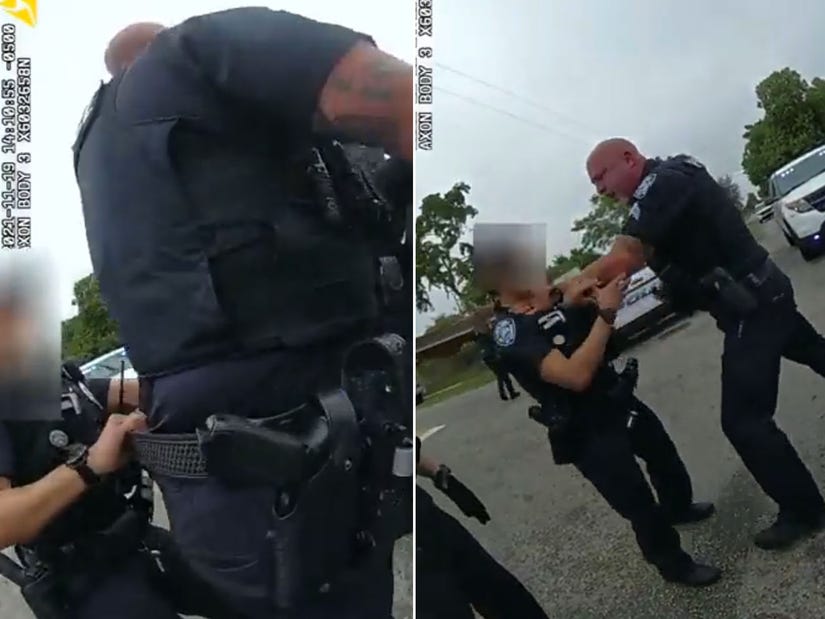 A Florida police sergeant has been placed on desk duty after body cam footage showed him grabbing a female colleague by the throat.

The incident happened in Sunrise on November 19, when the unnamed female officer was trying to pull Sgt. Christopher Pullease away from a confrontation with a handcuffed suspect.

According to the incident report, police were called to a convenience store on Sunset strip where aggravated burglary suspect Jean Bernard Similien had allegedly battered several people; they arrested and handcuffed him, and put him in the back of a patrol car. Officers say he was resisting arrest. 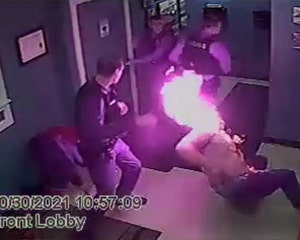 The body cam footage shows several officers gathered around the car; Pullease then gets involved in a verbal altercation with the suspect, even brandishing — but not deploying — his can of pepper spray.

A female office then runs forward and grabs Pullease by the back of his belt, pulling him back from the confrontation. This is when the sergeant angrily turns on her and grabs her by the throat, marching her backward and yelling in her face until she slams into another cop car:

Storming back to the first car, he has more words with the suspect and slams the door, before stalking away, finger pointed at his female colleague and still appearing to yell at her.

"Once the suspect was inside the patrol vehicle, the sergeant approached and engaged in a verbal altercation with the suspect in a manner that I feel was inappropriate and unprofessional," he said in a statement.

"This supervisor escalated the encounter instead of de-escalating an emotionally charged situation."

The incident came to light after a tip off to WSVN.

"I find this behavior to be disgusting," he told the broadcaster. "I think the video speaks for itself."

"I find it to be inappropriate and unprofessional, because what he did is he escalated the situation when calm was actually required."

Meanwhile the chief praised the young female officer for her leadership, and her attempts to de-escalate the situation.

"So I'm very proud of this police officer. She took some definitive action. I can only imagine what she must be feeling. She's a newer officer, and he's a very senior sergeant." 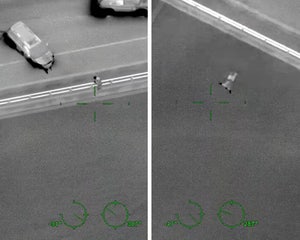 The 28-year-old has only been on the force 2-and-a-half years. Pullease meanwhile is a 21+ year veteran.

Sunrise PD have as yet opted not to release the audio of the incident; but according to Rosa, whatever Pullease said made the situation worse.

"I'm not releasing the audio at this moment in time. However, once the investigation is done, I'm committed to being completely open and transparent and everything will be released," he said.

According to Local10, public defender Gordon Weekes has written to Chief Rosa asking why Sgt. Pullease wasn't arrested on the spot for attacking an officer; he claims that there are currently 410 pending cases with his office for battery on a law enforcement officer, and all 410 were arrested on site.

"So there’s some details of the investigation that I've not disclosed, that I'm unable to disclose right now, and if any of the information that comes up during the investigation rises to a level of criminal behavior or criminal conduct, then we'll address it appropriately," Rosa told WSVN.

Per his internal affairs history, Pullease had two allegations of excessive use of force nearly 20 years ago, but was cleared on both.

He is currently reassigned to administrative duty. He declined to comment through his union. 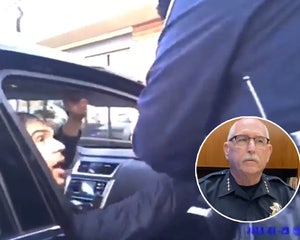