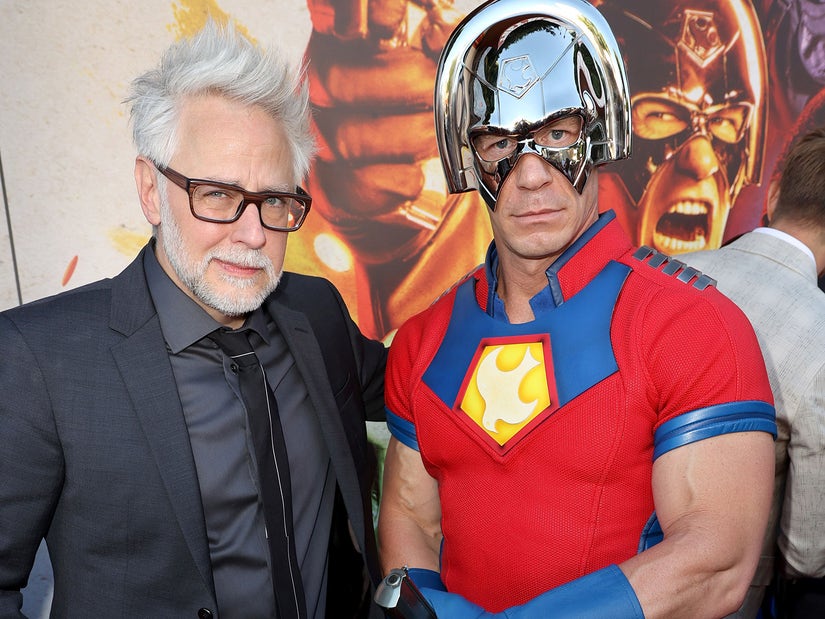 The director also clarified just how many more volumes there are to his "Guardians of the Galaxy" saga over in the Marvel Cinematic Universe.

James Gunn is one of the few creators who's been able to really dig in and enjoy playing in both of the sprawling superhero multiverses dominating the large and small screens these days. But how much more does he have to say in each of them?

While it was a bit of a surprise when announced, HBO Max has found tremendous success with its "Suicide Squad" spinoff "Peacemaker." Starring John Cena as the titular hero (his word), Gunn has been heavily involved with the series, bringing his signature character, snark and humor to Peacemaker's expanded world. 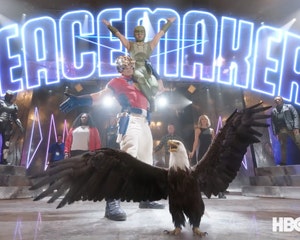 Not so much an anti-hero as an a-hole, Peacemaker is certainly the kind of superhero character Gunn enjoys exploring. And it turns out that he's not the only anti-hero from "The Suicide Squad" that Gunn has more to say about.

"We’re working on something else now, another TV show that’s connected to that universe," Gunn told Deadline on Thursday. "I can't quite say."

It's probably too much to think that Margot Robbie would have any interest in a full-fledged live-action Harley Quinn series, or even Idris Elba's Bloodsport, but there are still plenty of great characters and premises to explore. An obvious one would be the series' most sympathetic character, Ratcatcher 2.

Already described by Gunn as the "heart of the film," Daniela Melchior brought a lot of humanity into the character, even going so far as to connect with King Shark.

Honestly, we'd watch a buddy comedy with those two any day of the week, but Gunn said that the new kernel he's developing with enthusiasm is actually tonally quite different from "Peacemaker." 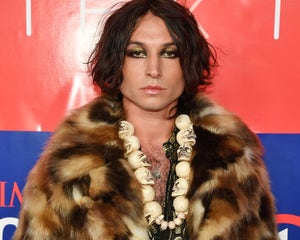 As for Peacemaker himself, when asked if the success of its launch bodes well for a second season, Gunn noted, "There's a really good chance of that," adding, "We're the biggest show in the world right now."

In fact, he later all but confirmed it, saying that "We all like doing it, we just need to cross some Ts and dot some Is, which is basically me." That certainly sounds like it's just a matter of finalizing the details, maybe some contracts, getting the ideas approved and then making it happen.

Cena is clearly having a blast in the role, managing to make a pretty awful character begrudgingly likable -- despite ourselves. 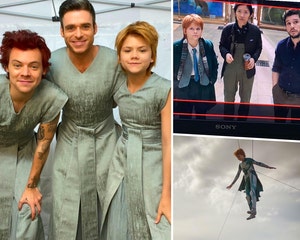 Perhaps somewhat ironically, James Gunn was talking about his expanding workload in the DC Extended Universe while on set filming "Guardians of the Galaxy: Vol. 3." With all these new "Suicide Squad" ideas percolating, where does that leave his original band of misfits?

"This is the end for us. This is the last time people will see this team of Guardians," Gunn told Deadline. As for why he's closing their chapter now, Gunn noted, "I just want to be true to the characters, and I want to be true to the story and I want to give people the wrap-up that they deserve for the story. So that is always a little bit scary; I’m doing my best."

Of course, in the Marvel Cinematic Universe, you never really say never. Certainly the lineup of the Guardians of the Galaxy has changed a lot in the comics over the years, so it could be that their respective stories will continue.

At the same time, but the time "Vol. 3" hits theaters on May 5, 2023, it'll be nearly a decade since Chris Pratt first got buff to portray Star-Lord (who?). Will he and the rest of the cast want to continue in their roles beyond the MCU's Phase 4 or let the next generation take the lead?

Maybe, they can take inspiration from "The Suicide Squad," and the ever-expanding MCU on Disney+, by launching a spin-off series of their own focusing on a smaller cast of characters. It's certainly hard to imagine the entire extended "GotG" family going away entirely. It may just be that Gunn is done telling stories with them.