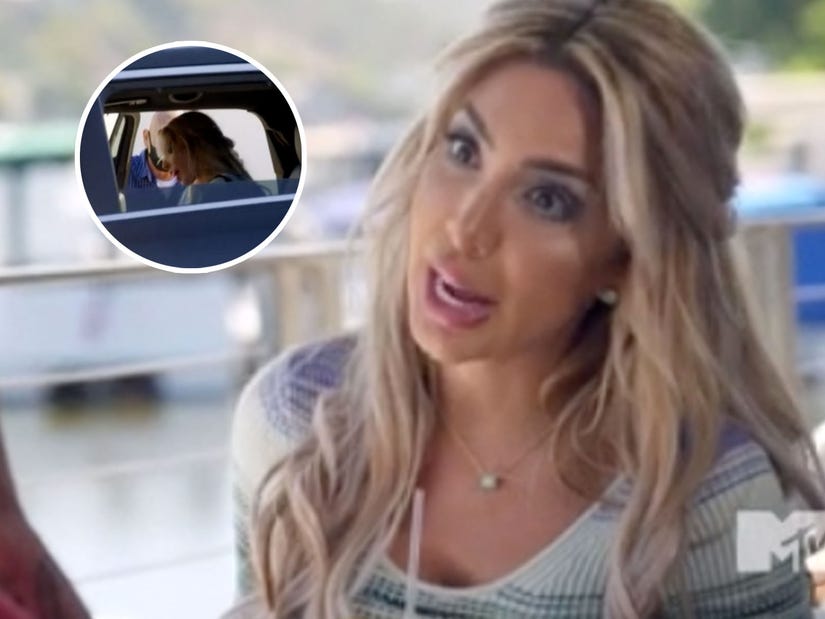 "There's definitely no getting through to her," says Maci -- while Farrah calls the trip a "waste" of her time.

Farrah Abraham blew in and out of "Teen Mom: Family Reunion" in less than 24 hours, bailing on the show after getting into a fight with both Cheyenne Floyd and Cory Wharton.

On last week's episode, Abraham showed up to the San Diego retreat, where the two immediately confronted her over comments she had made in the press about them in the past. During it, Farrah dropped some racially-charged language, before retreating. After meeting up with the show's life coach, she was willing to at least meet with Maci Bookout the next morning for breakfast, which is where Tuesday's new hour picked up.

Going into the one-on-one meeting, Maci said she just wanted Farrah to know that "if she wants to be part of this reunion, there's a spot for her." According to Abraham, the two hadn't spoken in nearly four years, since she originally quit the show. 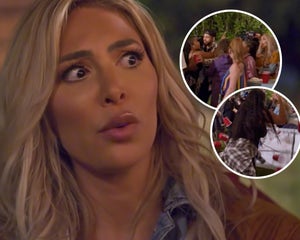 "I've been working on a lot of anxiety and tension in the body lately. It's been a rough morning in that sense," said Abraham as the two sat down. "You've been a part of this since the beginning with me and [Amber Portwood]," Maci told her, "We want you to be a part of this."

"I am here with that. My body was very upset and not able to come down from what was going on when I arrived," Farrah then told her, saying Cory's approach "was such a triggering problem to my nervous system."

Maci explained that she hoped to get Farrah to understand "that there are at least a few people here, that by the end of this when you leave, you can trust." She hoped to get Abraham to sit down with Amber, Cheyenne and the life coach to work through their issues as a group.

"I have a very hard time trusting people. What I witnessed the other night, just a man popping up and creeping up, it was just so upsetting, I couldn't sleep," Farrah told Maci. "I don't know, it was such a f---ed up situation. He was very soft and sneaky."

While Maci said she didn't think Cory was trying to be sneaky and probably didn't even realize what he was going to say when he approached her, she added that both Cory and Cheyenne were under the impression Farrah had talked about their kids. "I don't even know the name of their children, I don't have time for He Said, She Said," Abraham responded, while Bookout promised she wasn't trying to dismiss Farrah's POV.

"I'm not telling you to not be angry. I'm just saying I want you to be a part of this," Maci added, as Farrah replied, "I am a part of everything." 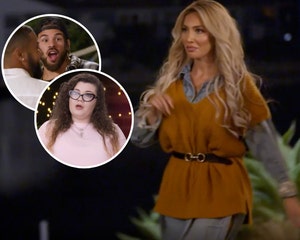 Though Maci said she wanted Farrah to get into "the nitty gritty" with the rest of them, Abraham wasn't having it. "I just can't even right now," she told Maci, before adding in a confessional, "Talking to Maci about talking with her and Amber and Coach B, I'd love to, I think that's awesome, but I don't know if this is the proper place for that."

She then told Maci, "That's really not wise of me to waste my time like that. I just want to wrap it up today."

The breakfast left Bookout feeling like "there's definitely no getting through to her," calling the conversation "exhausting." Though she felt like she was making some initial progress, Maci said it "sucks" Farrah wouldn't stick around to try and fix anything.

"At the end of my conversation with Maci, I feel great. I appreciate her for having openness and listening to lies and sharing those with me. But I learned that doesn't serve me," Farrah said in a confessional after the meeting.

"I'm really tired of investing my time in people who want to just bring out the worst in myself. It is exhausting and not worth my time," she added, as she was seen hopping into a car and leaving the retreat. "I guess I'll have to take the time on my own but it's not a good time right now to say hi or bye or connect. I really miss my daughter. I cannot wait to get back into my life again."

Filling the other girls in on what went down, Maci said she "tried my best" to listen to Farrah and explain that they were all working on themselves during the getaway and hoped Abraham would be receptive to doing the same. As she revealed that "Farrah left," the other women weren't exactly disappointed.

"Good riddance! You didn't bring in good energy," said Cheyenne, while Amber said Farrah has a history of isolating herself and is afraid of getting her. "It's her loss," added Portwood, as Leah Messer celebrated with an, "Okay, byeeeee!" 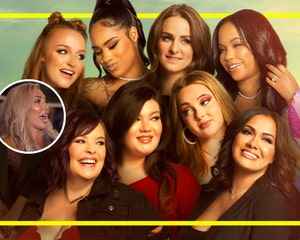 As last week's episode aired, Abraham made it clear she was done with MTV and the "Teen Mom" franchise, vowing to never return in the future.

"I will no longer have anything to do with @TeenMom. The disturbing environment does not belong in my future & what I see is evil, is abusive, has no ethics and is illegal and against the contract," she said. "I don't want any of these people around my family. Enjoy your hate pit of ignorance and power trip."

"The world is tired of hate, attacks, abuse and non consent culture. Teen mom GOOD LUCK or what is this 'Take Advantage of Teen Moms' since it's not teen moms anymore," she added. "These people are deplorable. This ship has sailed. Future teen mothers WATCH OUT & STAY STRONG!" 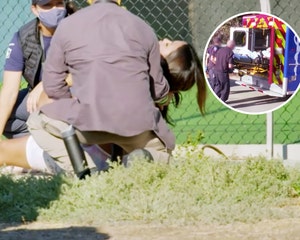