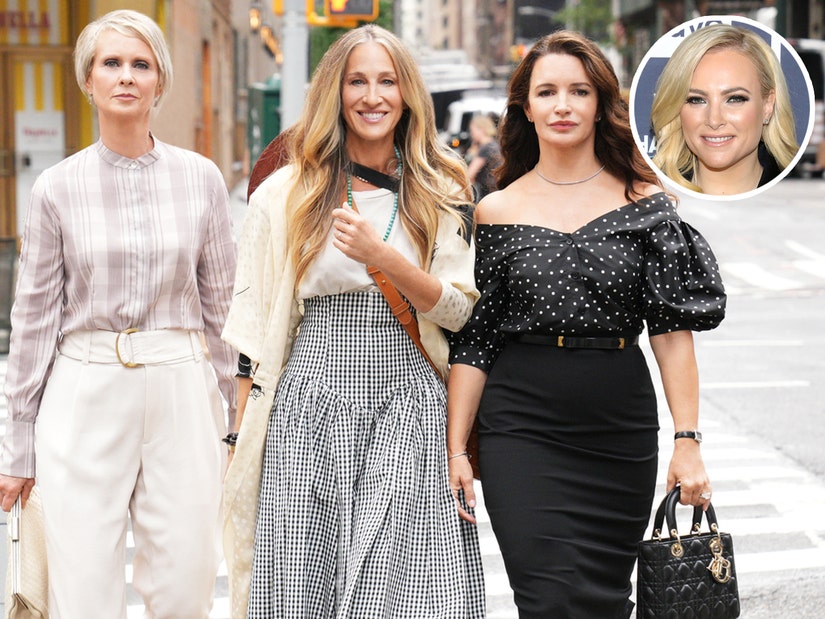 "Honestly," McCain tweeted after Cynthia Nixon reacted, "I'm just entertained the cast of 'and just like that' took time to respond to my column"

The cast of "And Just Like That…" is speaking out against Meghan McCain’s comments on the "wokeness" of the reboot series.

During an appearance on Andy Cohen's Sirius XM Show, AJLT stars Cynthia Nixon and Nicole Ari Parker voiced their disagreements with McCain’s stance on the "Sex and the City" reboot in her Daily Mail column last December.

At the time, the former "The View" host slammed the show's direction and storylines, calling the revival series’ efforts to be more inclusive as a "clumsy attempt to reformat… into the woke and puritanical times we are living in."

"Carrie now plays the part of the 'cisgender woman' on a podcast with younger co-hosts. One of them is -- of course -- queer and nonbinary. Because it's so boring and un-evolved to be a straight white woman," she wrote.

"I don't know who to blame, the writers of the show or this particularly stupid and repressive time we are living in," McCain added, "now entire plotlines are dedicated to microaggressions."

She concluded her op-ed piece with this sentiment: "Wokeness kills everything and I am disappointed to tell you that 'And Just Like That' is another victim of Hollywood trying to placate a specific audience and not the original one, which was made it [sic] a hit in the first place."

When Cohen asked Nixon, who reprises her role as Miranda Hobbes in the series, about her stance on Meghan’s criticisms she simply disagreed.

"I disagree. The show became so beloved — reruns for all those years," she later noted, "I feel like people have watched it, and they know it so well, inside and out." 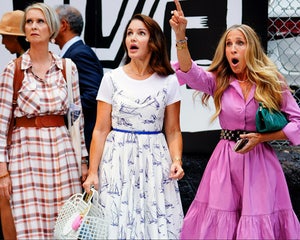 Sex and the City Creator 'Startled' by And Just Like That Creative Decisions: 'That's Not My Story'

Nixon continued, "Because people know it so well, they have enshrined it in nostalgia. But this is a show that has always pushed every kind of boundary. I think that that's what's so magnificent about the new show — about how many different directions we're going with that, and pushing boundaries and shaking people up."

Parker, who portrays Lisa Todd Wexley in the series revival, addressed McCain more directly, "Comments like that say more about the person saying them."

She continued, "What's too much? Maybe in your living room or when you step outside, it looks the same as inside, and you go to the grocery store and it's the same. Maybe it is too much for you. For these characters in New York City, it's not."

McCain ended up responding to the AJLT stars, tweeting: "Honestly, I'm just entertained the cast of 'and just like that' took time to respond to my column. I continue to disagree and felt the reboot was a missed opportunity (as do many longtime fans) but that's ok, and what's so great about freedom of opinion in America!"

Honestly, I'm just entertained the cast of "and just like that" took time to respond to my column.

I continue to disagree and felt the reboot was a missed opportunity (as do many longtime fans) but that's ok, and what's so great about freedom of opinion in America! https://t.co/4XftgDfWz6 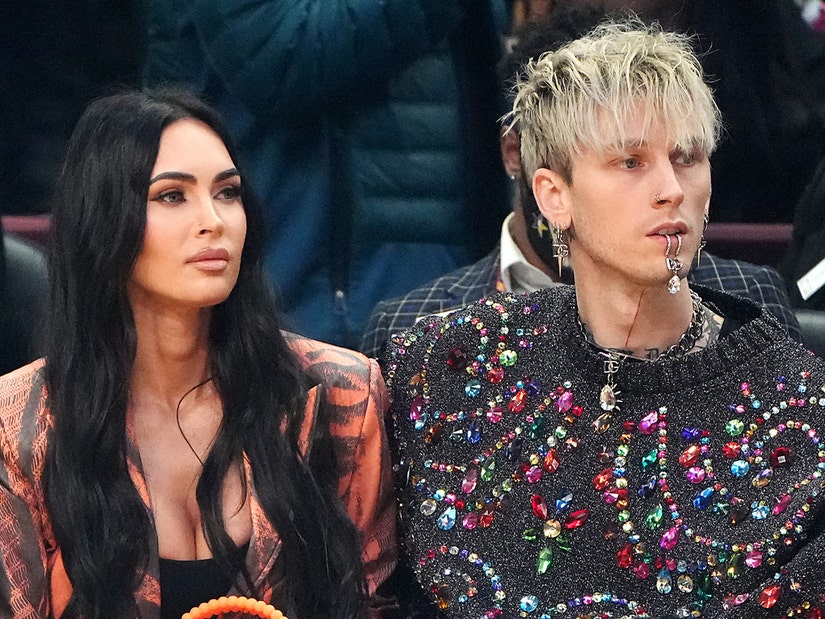