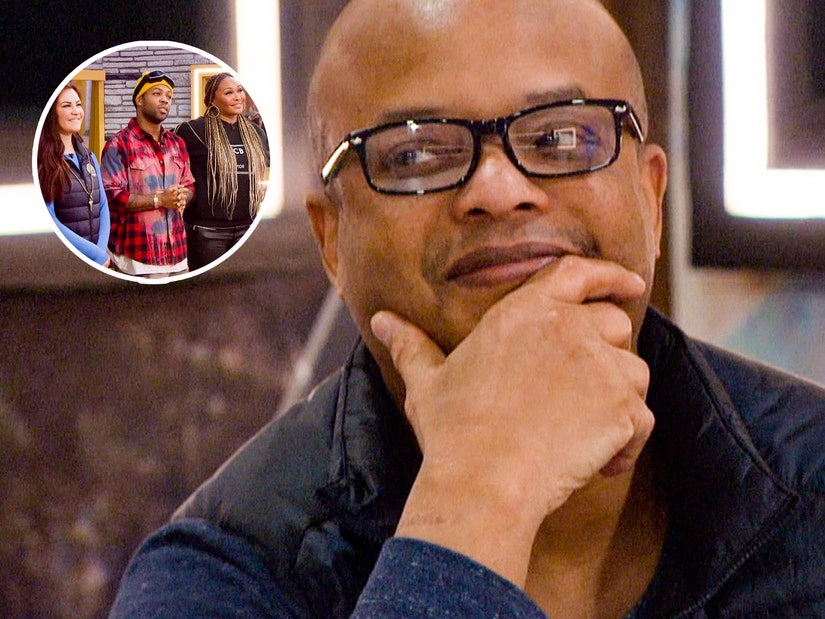 Bridges says Hall "talks out of his butt," says Miesha made "a huge mistake" working with him and opens up about his bond with Lamar, who asked Todd to be his sober coach.

With each "Celebrity Big Brother" elimination comes another evicted Houseguest speaking out about Todrick Hall's gameplay on the inside. And Todd Bridges is no exception.

While Todd had good things to say about Hall in his exit interview with Julie Chen on Monday night, he did an about face by the time TooFab spoke with him on Tuesday morning -- after watching some of the footage showing what Hall's apparently been saying about the rest of the cast behind their backs.

Speaking with TooFab, Bridges said he didn't realize how "mean" Hall was being and specifically called out the exaggerated tale Todrick spun about Shanna Moakler, leading to her eviction. The way Todd sees it, Hall is even playing his closest ally, Miesha Tate -- who he believes is in for a rude awakening once she's out of the game. Saying the two are playing "viciously," he also said the season is Cynthia Bailey's to win, should she make it to the final two.

Keep reading to see how he really feels about Hall and Tate after catching up on what he's missed, what he said about his close bond with Lamar Odom, his fight with Cynthia and, yes, how his snoring kept the house up every night. 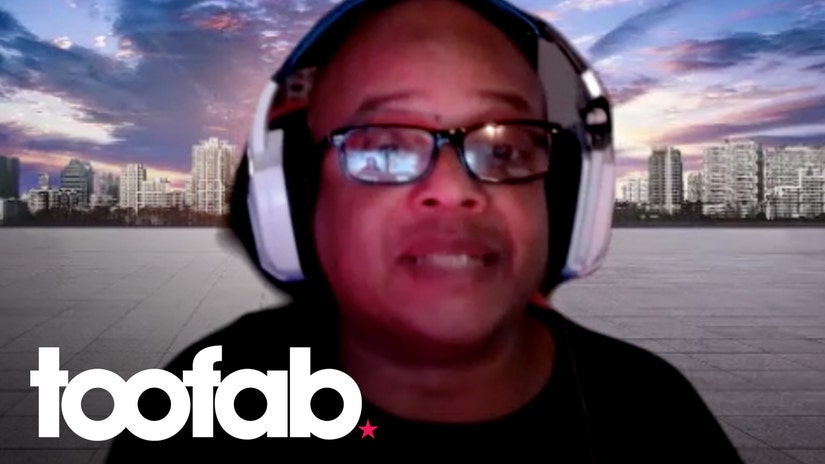 How weird is it to be disconnected from everything while you're in the house?

I think that is the most difficult situation to be. Especially where we are technically-wise and me, I build computers, so technically I'm always building things digitally and for me to be away from all of it was very tough.

There seemed to be quite a few players this season who didn't really seem to understand the game at all. While you laid low in the beginning, you really started to become a threat near the end. Was that because of a learning curve or was it strategy?

That was total strategy. When I went in there, I knew that's the best way to move past and get rid of all the riff-raff, getting people out the way so I could move forward in the game.

What I didn't see in time was how mean Todrick really was. When I got to rewatch everything over, he was mean, man. Things he said about me, about other people and I realized everything he said about Shanna was not true. I watched everything and realized Shanna didn't do all what he said. He made things out to be a lot worse than it was. He convinced me, he convinced Carson, he convinced Carson to get rid of Shanna. That was an ally for Carson! He convinced him to do that and convinced me to put Carson on the block and get rid of him. I realized at that point that Todrick is playing a different kind of game. He's playing Big Brother, but he's playing a very mean and evil Big Brother. I'm not just saying that, everyone on these websites are saying the same thing.

From the other interviews we've done, jury management has obviously been a big issue for him.

Yes! And I don't think he realizes that. But jury management is going to be terrible for him.

Celebrity Big Brother is obviously a little different from regular Big Brother, where the contestants never actually see everything -- but you guys are able to after being evicted.

We're able to watch and see who he really is. He's gonna be in a lot of trouble when it comes to the jury, that's for sure.

Even in your exit interview with Julie, you mentioned that you "couldn't play your game the same way" as him, so it seemed you had some inkling into what was going on.

I figured it out after, about four days too late. I couldn't figure it out. I figured it out way too late who he really was, but I kind of knew. At one point when I really started to figure out when he tried to tell me what being on television and Nielsen ratings was about. He's telling me. I'm like, 'Really.' I'm like, 'Wow, man, wow.' I realized this guy talks out of his butt, he doesn't know what he's saying, he just likes to talk. And make things up.

He has all these wonderful stories and they all seem great and wonderful, but when I get out, it's like seeing that everything's a lie and none of it's true and he's not the great person he makes himself out to be. He's got Miesha believing that. When Miesha gets out and finds out what he said about her and other people, she's gonna see him for who he really is and I hope at that point she realized she made a ... she made a huge mistake.

If it does come down to Miesha and Todrick versus Cynthia, since they're the final three, do you go with someone who has been actively playing the game or someone who really doesn't understand it that much.

You and Lamar became very, very close and he even revealed in his exit interview he asked you to be his sober coach. Were you surprised you two bonded as much as you did, so much so that he felt comfortable asking you that?

I think that I wasn't surprised. I've always wanted to talk to Lamar, always, but I didn't know how to get in touch with him. God orchestrated this wonderfully and gave me 25 days to talk to him. I found out he's a very humble guy, a very good guy, but he needs someone to work with him on getting past the whole sober thing and understanding how to work with it and understanding how to treat himself, so you treat other people better. When you learn how to treat yourself well, you can treat others better. I think that's what it's all about and I'm really happy to be a friend of his and you're definitely going to see a podcast and hopefully a TV show.

As the show's oldest player, which you pointed out last night, does it feel good that you made it as far as you did and were evicted because everyone still saw you as a threat?

Oh yeah, to know that a 56-year-old scared 35-year-olds into thinking -- you know because I played like I wasn't athletic and couldn't do things and then all of a sudden I was like, "Gotcha! Haha, I can do this!" And winning the Veto there. Even though I was in my Teletubby costume, I used the belly lean. I took out Todrick and I took out Miesha, I put fear into them. That this guy is not as we thought he was.

We did get to see that heated moment with Cynthia and it seems you got frustrated with Lamar too -- but you all seemed good by the end. Is it easy to get on one another's nerves in there?

Oh yeah. I think for me and Cynthia, what she didn't like was the fact that, I asked her about her and Teddi trying to vote me out. I said, "You tried to vote me out with Teddi," she said, "Well, I gave my word," so I respected that. But then she didn't respect my word, so I'm like, "Come on, she shouldn't be upset at all over this." What she didn't know, I was gonna vote for her to stay anyway, because that was part of our package, to keep Cynthia in there and get rid of who was next to her. When she realized that, she was like, I'm so sorry. I couldn't say anything at the time, because there were other people around that would have been listening. And that would have hurt our game. At that point, I thought Todrick and Miesha were on my side. I didn't know that actually I don't think they ever were. I helped them get rid of their biggest threat. I helped them do it.

Your snoring keeping the house -- Chris Kattan especially -- up at night became a running gag of the season. Did you know you snored so much before this?

I knew I snored. But talking about Chris Kattan, it didn't matter whether you snored or not, Chris Kattan was going to be up. It didn't matter. If you see the late video from the streams, he got the HOH room, Miesha gave it to him, he still was up! He actually came and woke me up at four in the morning. I said, "You gotta talk to Lamar." Lamar was not happy with me doing that, but I thought it was hilarious.