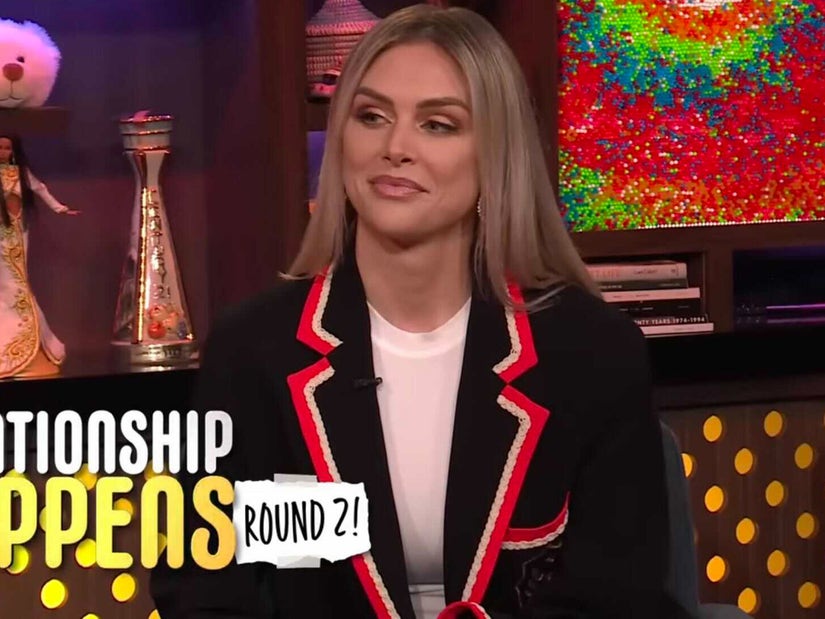 Appearing on WWHL, she also rates Randall's talents as a producer and reveals whether James Kennedy was a better lover.

Lala Kent is on the outs with at least one of her "Vanderpump Rules" costars -- after they seemingly sided with Randall Emmett following the former couple's split.

Appearing on "Watch What Happens Live" on Monday, the reality TV star was asked during the after-show which of her costars have been the most and least supportive in the wake of the breakup.

The two called it quits in Fall 2021, with Lala claiming he cheated on her with "many" different people. He has yet to respond to any of her allegations about the split. The duo share 13-month-old daughter Ocean.

"I would say, the most supportive: Katie and Scheana," she began. "And the least supportive: Sandoval has yet to even ask me if I'm even okay or acknowledge it at all. And I learned that Schwartz hung out with that person the other day, so I cut him out."

She added that while she's "not the type of person to say you have to pick a side" in a breakup -- but added, "in this situation, if you don't pick my side or remain Switzerland, I want nothing to do with you."

Randall was the topic of the half-hour when it comes to Kent, as Andy Cohen threw out a ton of questions about the relationship and its demise throughout the episode itself.

During a shady speed round of Qs, he asked Kent to rate her ex's skills as a producer on a scale from 1-10 -- with Lala giving him a zero. When asked who was the better lover -- James Kennedy or Randall -- she said James without hesitation. And, when she wondered if she was speaking with him only to coparent, she revealed, "We parallel parent and I'm trying to move to zero contact. We'll see how that goes."

Cohen also asked her to reveal the "worst thing" she discovered about Emmett following the split.

"There will be a day that the truth will come to the light," she teased, before Andy brought up the allegedly fake engagement ring he used to propose. "He can't take a breath without telling a lie, why would my ring really be this amazing ring? If someone's not asking [to return] a ring that's $150k, something's wrong."

She also shared that at least one team member of the Utah Jazz had dipped into her DMs to flirt ... and joked that she's keeping her private investigator "busy" by having them do background checks on any potential suitors.

"I'm taking a break from dating, I'm not there yet," she added, before saying that while things ended extremely messy with Randall, she got her daughter out of the experience. "It was all supposed to happen for a reason," she said, "The best thing in my life came out of that relationship."

The only time Kent was tight-lipped was when Cohen asked whether she was angling for full custody of their daughter -- simply telling the host, "I'm not going to talk about custody if that's okay."