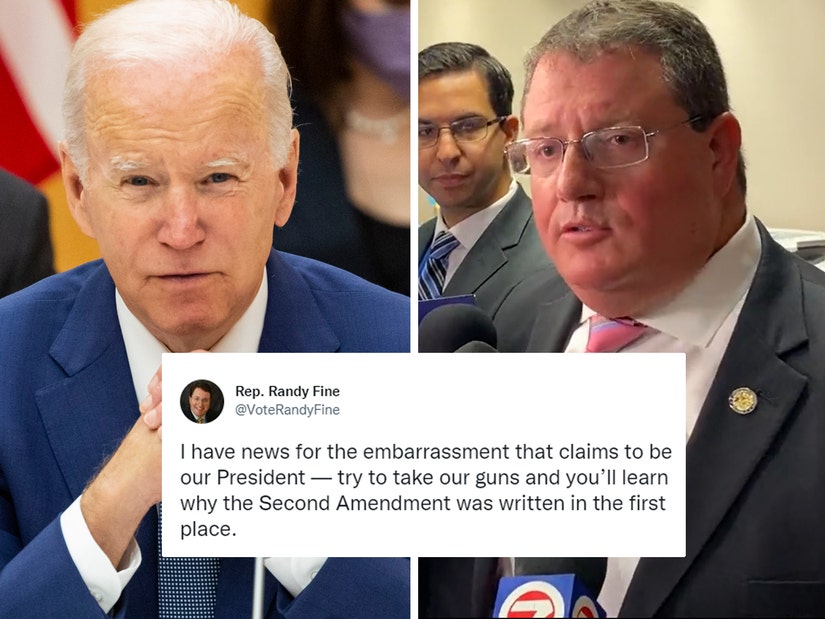 "Try to take our guns and you'll learn why the Second Amendment was written in the first place."

A Florida lawmaker has dared the President to 'try take our guns' — just hours after 21 people were massacred at a Texas elementary school.

GOP State Representative Randy Fine posted a tweet early Wednesday morning aimed at "embarrassment" Joe Biden, warning him not to interfere in Americans' right to bear arms... or he will "learn" why the Second Amendment was written.

"I have news for the embarrassment that claims to be our President — try to take our guns and you'll learn why the Second Amendment was written in the first place," it read.

The tweet was posted around 1:30 AM Wednesday morning, approximately 14 hours after an 18-year-old gunman slaughtered 19 children and two teachers.

The evening of the massacre, President Biden had addressed the nation, once again calling for common sense gun laws.

"The idea that an 18-year-old kid can walk into a gun store and buy two assault weapons is just wrong," he said. "What in God's name do you need an assault weapon for except to kill someone?" 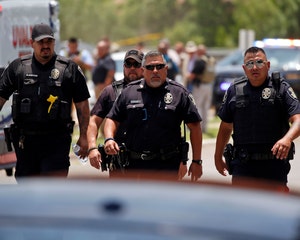 "Why are we willing to live with this carnage?" he added. "Why do we keep letting this happen? Where in God's name is our backbone to have the courage to deal with it and stand up to the lobbies?"

Rep. Fine faced a wave of criticism online, with many interpreting his remarks as a threat against the President's life, even tagging the Secret Service and FBI:

Reported for making open threats to the POTUS with a direct connection to that violence coming from firearms.

Hey @FBI and @SecretService, you paying attention to this threat?

@FBI Terroristic threatening - threatening the President of the USA - how about you do your job @FBI ?!

You’ve been reported for threatening the life of the President of the United States.

Hey @TwitterSupport @TwitterSafety this sounds a whole lot like intimidation to me. Is he threatening the president? @FBI @CIA @SecretService

That's not only treasonous but cowardly, because we all know perfectly well that you won't risk your own life trying to assassinate the @POTUS, you're just inciting violence so some gullible fool will do it for you. You're sick, twisted, and evil, but most of all, PATHETIC.

In response to the criticism, Rep. Fine doubled down, with a "Boo hoo":

The reaction exposes the lie of the left that they just want “common sense gun control.” They want one thing and one thing only — gun confiscation and an end to the 2A — and the notion that Americans will exercise their right to fight them makes them go crazy. Boo hoo. https://t.co/IGi2mTRkJF

It wasn't until Rep. Fine was confronted by reporters live, did he insist his tweet was "not a threat."

"It's Not A Threat": Florida State Rep Randy Fine (R-Palm Beach) is getting a lot after tweeting (below).

So, what DID Representative Fine say he meant?

Here's the full Q&A between Representative Fine and reporters moments ago in Fine's Tallahassee office:

In light of the revelation armed police engaged the gunman before he entered the school, Rep. Fine was asked "how many good guys with guns" were needed to make schools safe; he reiterated his stance that "schools should not be gun-free zones":

"How many good guys with a gun are needed until my kids are safe" Fine is asked.

Fine: It's ironic "...democrats politicize these things, make outrageous statements, then demand Republicans shut up for unity and these things. No, we're done with that."

Asked repeatedly what he meant by the President will "learn" why the Second Amendment — which as President of the country, he is surely already familiar with — was written, he sidestepped once again:

State Rep Randy Fine says his tweet is not a threat against President Joe Biden, but rather pointing out politicization of a school shooting.

Fine responds to questions about calls for gun reform:

TooFab has reached out to the U.S. Secret Service to ask if it is aware of the tweet; a spokesperson said it "does not discuss matters of protective intelligence." 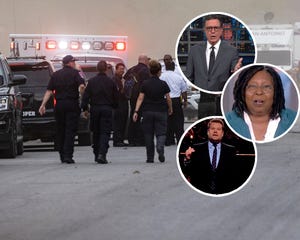