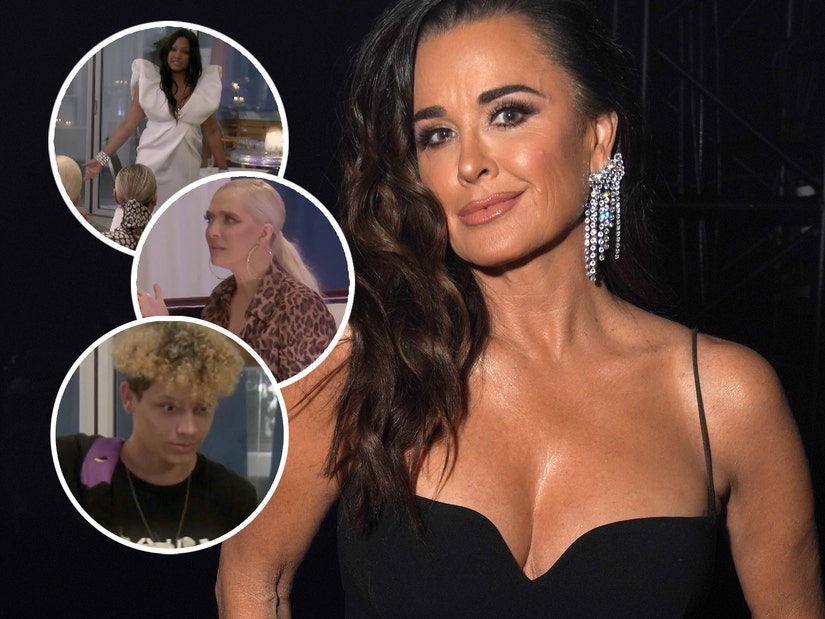 "I certainly do not condone speaking to children like that."

Kyle Richards is explaining herself after a clip from this week's "Real Housewives of Beverly Hills" went viral over the holiday weekend.

In the footage, the reality TV star was reacting to a tipsy Erika Jayne telling Garcelle Beauvais' 14-year-old son Jax to "get the f--- out of here" at the latter's birthday celebration as Kyle, Dorit Kemsley and their husbands rehashed the night's festivities following the party.

"I mean it's not funny but it is funny," said Kyle, as a laughing Mauricio added, "I think it's great that she did that."

As Kyle said she "liked seeing this more relaxed side" of Erika, Dorit chimed in saying that's why she could give their costar "a major pass." She added, "Of course, it's not my child. So she had a few drinks, she doesn't get like that ... I don't remember a time she was ever that loose or free."

"She's entitled to a blowout, in my opinion. It was a blowout," added PK. "She told Garcelle's young son to 'F--- off' and tried to bang the other one, that's a blowout. This sounds like 'Animal House.'"

Garcelle made it clear she wasn't thrilled with the footage, as she shared the clip to Twitter and added that she hadn't seen the scene in question until then. She also tweeted out an angry, red face emoji.

Defending herself on Instagram on Tuesday night, Richards reiterated that she "had not seen what Erika said to Jax in person but was told about it the following day along with some funny moments as well."

"When I said it's not funny, but it's funny, I meant Erika being drunk was funny, but what she said to Jax was not," Kyle continued.

"I hope you all know me well enough by now to know I certainly do not condone speaking to children like that."

"We are all parents and certainly wouldn't want anyone speaking to any of our children like that," she added. "Until Mexico we had never seen Erika drink like that. So this was new behavior that we were seeing. I think while focusing on that the more important issue was being minimalized."

She added that she "felt absolutely terrible" watching the clip in question and hoped this cleared everything. So far, Garcelle has not responded to Kyle's public apology. 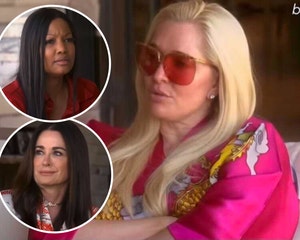