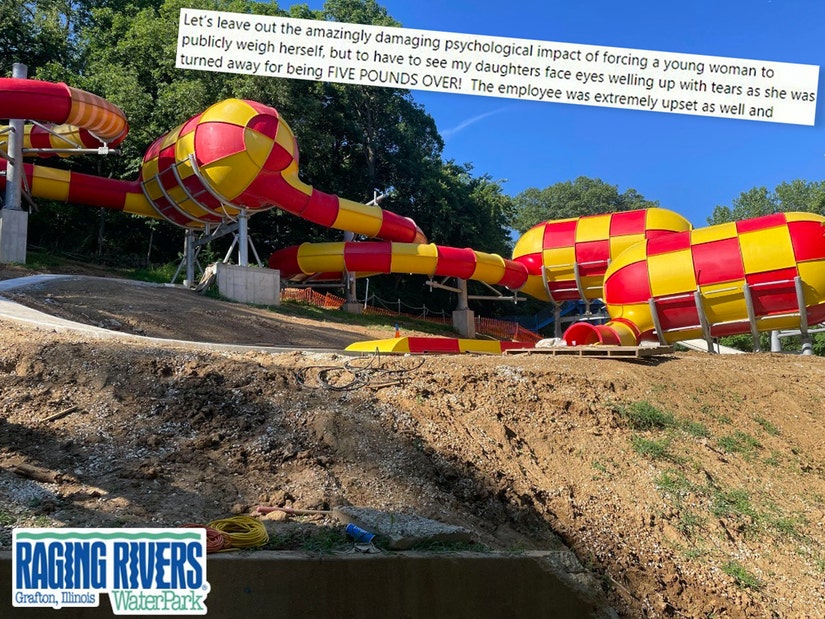 The girl had to weigh herself on a scale, before being turned away with "her eyes welling up with tears."

An Illinois teen hoping to try out the new Mississippi Monster slide at Raging Rivers Waterpark instead walked away from the amusement in tears, according to her father, after she was deemed too heavy to ride.

In a scathing Facebook post shared earlier this week, Andrew Batton called out the Grafton, IL park as he wrote, "words cannot begin to describe my sadness, anger, and disappointment at the current moment."

He claimed that the family went opening day to try out the new attraction, something his 13-year-old daughter had been "beyond excited" to go on. He said that after she and her friend "excitedly climbed the hill" to get to the mouth of the Monster, they were "confronted with a scale."

"Let's leave out the amazing damagingly psychological impact of forcing a young woman to publicly weigh herself," he continued, adding that he saw his daughter's eyes "welling up with tears as she was turned away for being FIVE POUNDS OVER!"

Batton claimed that there had been no mention of a weight limit at any point in the attraction's rollout, nor did he see any signage about a weight limit at the bottom of the hill leading up to the ride itself while they were there. The weight limit was 200 pounds, with Batton telling KMOV that his daughter stepped on the scale and came in at 205.

"The employee was extremely upset as well and explained that this scene has been playing out all day and many people had been upset/surprised by the restriction," the fired up father continued on his Facebook post. "Raging Rivers has been such a source of joy for my daughter throughout her childhood to have such an amazingly awful experience today has saddened me beyond words as well as negativity impacted my daughter in a way that I am sure we are going to be discussing in therapy for years to come. And all over 5 pounds!" 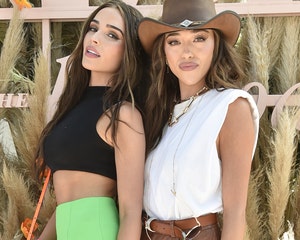 Olivia Culpo Reveals She Saved Her Sister From Falling Refrigerator

A spokesperson for the park said the company's "goal is never to embarrass anyone" -- before adding, "but we must look out for their safety while visiting Raging Rivers."

"Raging Rivers takes an abundance of precautions to ensure the safety of our guests while enjoying our slides and attractions. The new Mississippi Monster Slide has a max weight limit of 200 lbs per rider," they continued. "Signage is located at the base of the slide, alerting guests of this restriction. In addition, there is a scale that all guests who choose to ride the attraction must step on to ensure they meet the safety requirements for the ride."

The park also told KMOV that new tubes were for the slide are already en route and will reportedly "increase the weight capacity" for the attraction.

"Our team is working hard with the manufacturer and trying to advance the ride for all of us. Yet, Safety is critical to us and for our guests," a rep for the park also told TooFab, adding that they hope to have the new tubes by next week and get approval to test them in the next couple of days.

"There, is a massive amount engineering to these rides, we want to make sure manufacturer and our team are comfortable with any changes to the ride for the safety of all guests. I do have high hopes we will have a solution," the rep added.

The park says they're hoping to still speak with the family, but have been unable to get correct contact information.

Batton and his daughter, meanwhile, said they don't plan on returning to the park anytime soon, despite being season pass holders. 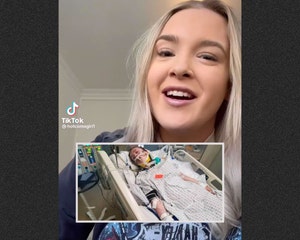