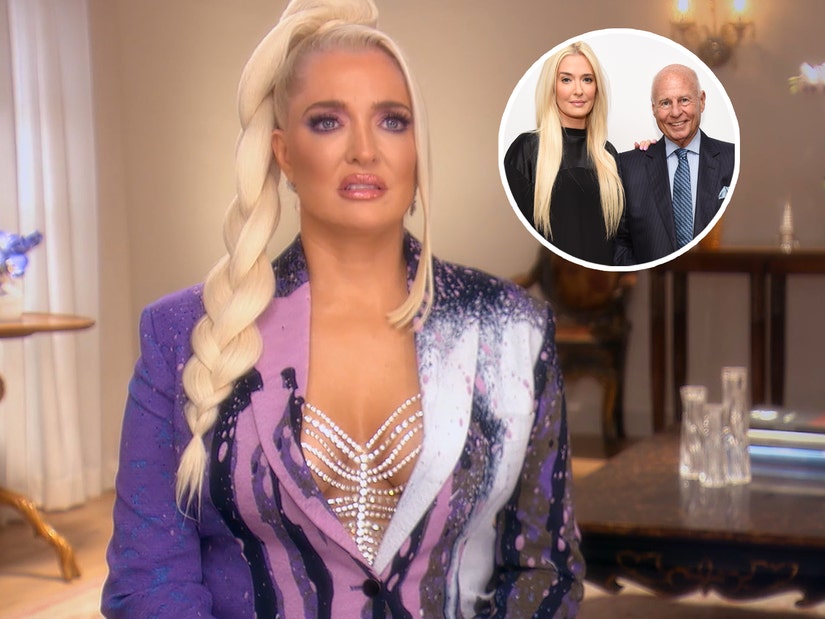 She also joked about why she's okay still being married to him, despite their legal separation.

Erika Jayne just opened up about her relationship with ex-husband Tom Girardi amid their divorce proceedings and ongoing legal drama.

On Wednesday's "Real Housewives of Beverly Hills," the reality TV star -- who was battling Covid at the time -- was speaking over FaceTime with costar Lisa Rinna, who wondered whether she and Girardi had spoken.

"He heard I had Covid so he wanted to make sure I was okay," Erika revealed, before giving some more insight into their conversations in a confessional.

"When Tom calls, sometimes he's super present and sometimes he thinks I'm someone else," she shared. "Nothing about these conversations are good, other than I know he's in a safe place, but I also know what that place means. Memory Care Facility, I've been down this road with my grandmother. It doesn't get better."

"It only gets worse from here," she added.

Rinna then brought up reports from December 2021 -- when the episode was filmed -- that Tom's brother would be representing him in his divorce, after dropping their initial lawyer.

"They just dropped their divorce lawyer, probably because they can't pay him, I'm imagining, he's probably expensive," Erika told Rinna. "Also, too, I can't get a divorce right now. I'm legally separated, so my life has moved on and I'm separated, but I can't get a divorce right now, there's so much legal s--- going on. It's a weird time and I'm really ready for it to be over." 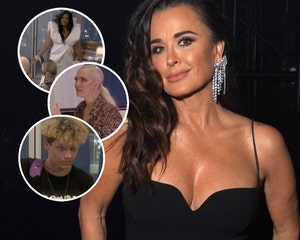 In a confessional, however, she joked that the hanging status of their divorce might actually be a blessing in disguise. "It's ironic, but if I was divorced from Tom, I'd have to pay him alimony," she explained. "I'll stay married, thanks!"

In November 2020, Erika filed for divorce from Tom, citing irreconcilable differences after being married to him for 21 years.

Girardi has been accused of misappropriating settlement funds from his law firm, including money owed to widows and orphans. While Erika has not been charged with a crime, she has been named in civil lawsuits involving Tom's alleged scheme.