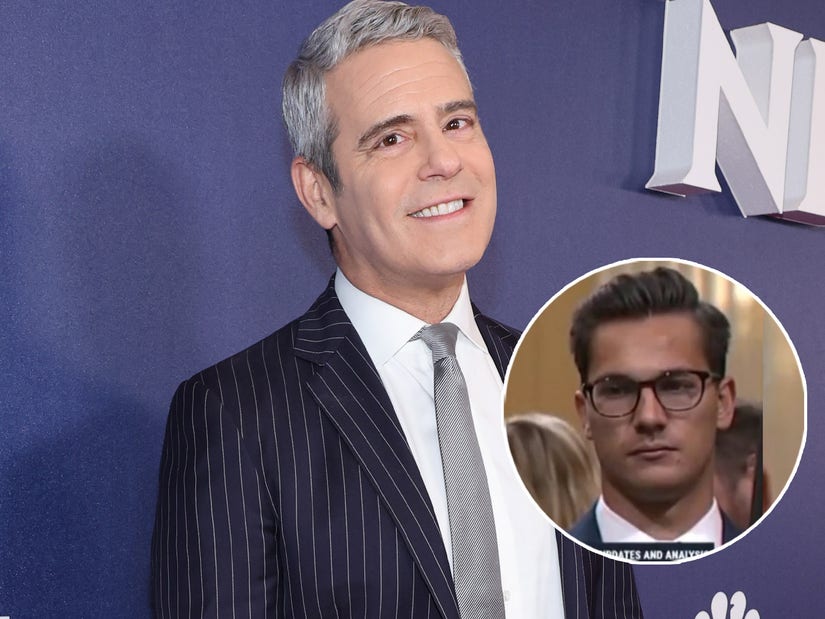 It's a bird! It's a plane! NO. It's a Clark Kent lookalike taking the internet by storm.

When a handsome, bespectacled, mystery man was spotted inside the Jan. 6th hearings Thursday night it took the internet very little time to get obsessed — leading to "Clark Kent" swiftly becoming a trending topic.

While clearly a distraction from the serious matter at hand, viewers certainly enjoyed the diversion. Including one Andy Cohen.

The Bravo honcho not only publicly thirsted after the handsome stranger, but even appeared to shoot his shot for all to see on Twitter.

Seriously — does anyone know who this Clark Kent ringer is? Asking for a friend… https://t.co/fpZOO5LzKg

"Who on earth is this? #IsHeSeeingAnybody," he tweeted.

While the Twitterverse thirsted others frantically sought to uncover his secret identity.

TMZ got to the bottom of the mystery, learning that while he's not a superhero per se, he is one in training. Sources tell the outlet he's a 23-year-old med school student from Ohio named Alex Wollet.

The next move is yours Andy!