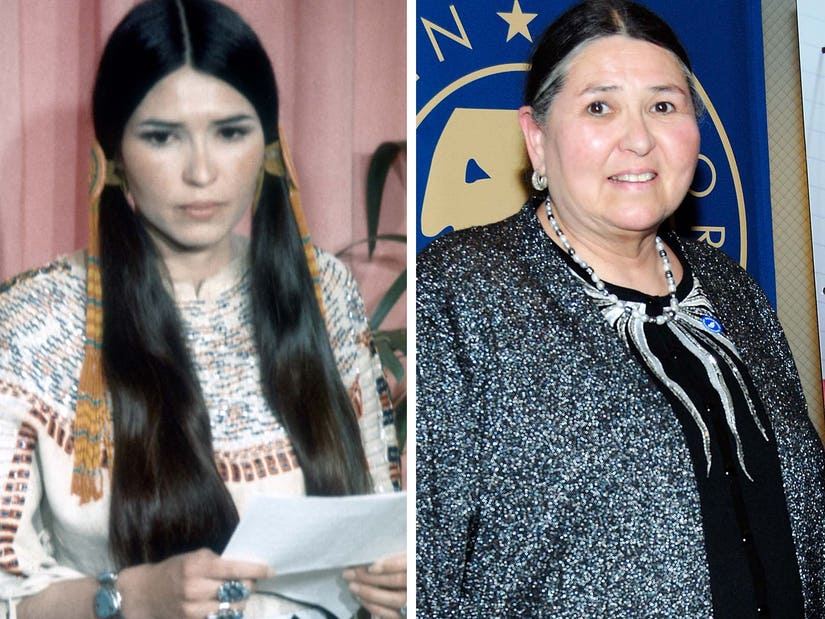 Sacheen Littlefeather has died at the age of 75.

The Native American actress and activist, who famously declined the Academy Award for Best Actor on behalf of Marlon Brando in 1973, previously revealed she had metastasized breast cancer in January last year.

Earlier this year the Academy apologized to Littlefeather over how she was treated following her appearance at the 1973 Oscars.

According to The Hollywood Reporter, the organization sent a formal letter to Littlefeather (Apache/Yaqui/Ariz.) in June, expressing their "deepest apologies" to the former actress over the "unwarranted and unjustified" mistreatment she received as a result of her televised Oscars appearance. 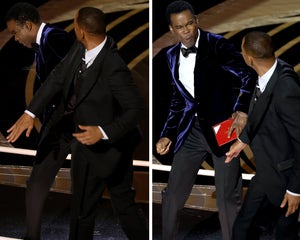 During the 45th Academy Awards ceremony back in March of 1973, in one of the most dramatic moments in Oscars history, Brando decided to make a statement by choosing to not accept his award for Best Actor for his role in "The Godfather." He refused to take the stage in protest of Hollywood's often derogatory and racist portrayal of Native Americans in film. Instead, he sent Littlefeather to attend the ceremony in his place.

As she took the stage, Littlefeather, who was then 26, condemned the entertainment industry for its mockery of Native Americans. "He very regretfully cannot accept this very generous award," she said at the time. "And the reasons for this being are the treatment of American Indians today by the film industry."

Although Brando had provided her with several pages, she was only permitted to give a 60-second speech, which was allegedly an order from the ceremony's producer, Howard Koch. Littlefeather was also reportedly told by Koch that in case she went over a minute, she would be arrested by security.

As a result of her televised speech, Littlefeather was hit with backlash, during, immediately after and in the many years that followed.

Littlefeather has previously said John Wayne, who was in the wings, had attempted to "forcibly take [her] off the stage," and had to be "restrained" by security. According to THR, the government also threatened to shut down any talk shows or productions that would give her airtime.

Five decades later, Littlefeather, had finally received an apology in 2022 from the Academy.

"As you stood on the Oscars stage in 1973 to not accept the Oscar on behalf of Marlon Brando, in recognition of the misrepresentation and mistreatment of Native American people by the film industry, you made a powerful statement that continues to remind us of the necessity of respect and the importance of human dignity," read the letter -- which was signed by then-Academy president David Rubin -- in part.

"The abuse you endured because of this statement was unwarranted and unjustified," the message continued. "The emotional burden you have lived through and the cost to your own career in our industry are irreparable. For too long the courage you showed has been unacknowledged. For this, we offer both our deepest apologies and our sincere admiration."

In an interview with THR, Littlefeather reacted to the organization's "long overdue" apology, revealing that she was "stunned" to receive the letter.

"I never thought I'd live to see the day I would be hearing this, experiencing this," she said. "When I was at the podium in 1973, I stood there alone."

Littlefeather later added, "You know, I never stood up onstage in 1973 for any kind of accolades. I only stood there because my ancestors were with me, and I spoke the truth." 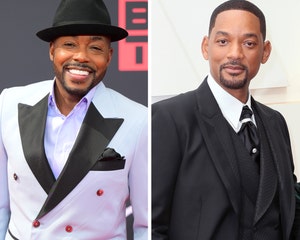 "Yes, there's an apology that's due. As my friends in the Native community said, it's long overdue," she said. "I could have been dead by now. All of my friends -- [activists] Dennis Banks, Russell Means, John Trudell, [comedian] Charlie Hill -- are gone."

Last November, Littlefeather's husband, Charles Koishway, died of blood cancer, however, Littlefeather said his "spirit is still here with me," adding, "I know that what he wanted for me was always justice and reconciliation."

As for what she thinks of the 1973 Oscars producer and other people who didn't intervene that night as she was mistreated, THR noted Littlefeather laughed and said, "When they got to the other side, I’m sure that my ancestors spoke to them on my behalf. And I'm sure Mr. Charles went over there and had a talk with them immediately. I’m sure his first target was John Wayne." 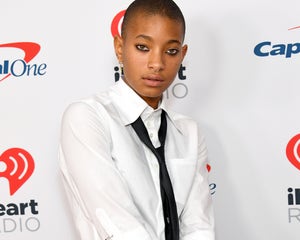 See the Academy's apology in full, below.

I write to you today a letter that has been a long time coming on behalf of the Academy of Motion Picture Arts and Sciences, with humble acknowledgment of your experience at the 45th Academy Awards.

As you stood on the Oscars stage in 1973 to not accept the Oscar on behalf of Marlon Brando, in recognition of the misrepresentation and mistreatment of Native American people by the film industry, you made a powerful statement that continues to remind us of the necessity of respect and the importance of human dignity.

The abuse you endured because of this statement was unwarranted and unjustified.  The emotional burden you have lived through and the cost to your own career in our industry are irreparable.  For too long the courage you showed has been unacknowledged.  For this, we offer both our deepest apologies and our sincere admiration.

We cannot realize the Academy’s mission to "inspire imagination and connect the world through cinema" without a commitment to facilitating the broadest representation and inclusion reflective of our diverse global population.

Today, nearly 50 years later, and with the guidance of the Academy’s Indigenous Alliance, we are firm in our commitment to ensuring indigenous voices—the original storytellers—are visible, respected contributors to the global film community. We are dedicated to fostering a more inclusive, respectful industry that leverages a balance of art and activism to be a driving force for progress.

We hope you receive this letter in the spirit of reconciliation and as recognition of your essential role in our journey as an organization.  You are forever respectfully engrained in our history.