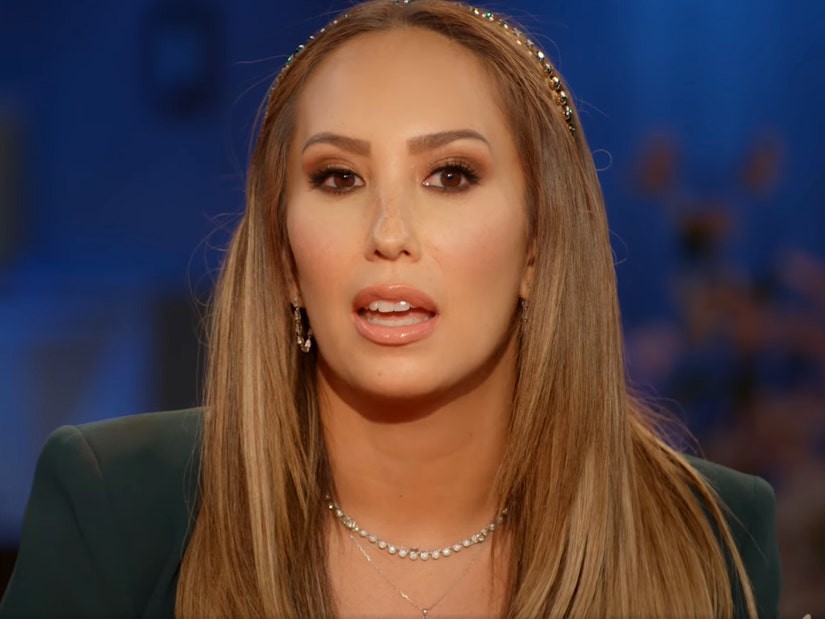 Cheryl Burke is opening up about severe trauma she experienced throughout her life.

On Wednesday's episode of Facebook Watch's "Red Table Talk," which discussed the topic of trauma bonding, the "Dancing with the Stars" professional dancer detailed the years of sexual and mental abuse she endured, revealing how it led to her alcohol addiction. 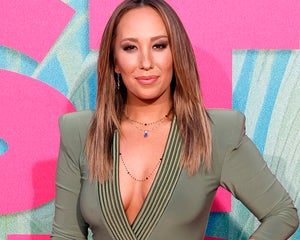 At the table, Burke, 38, joined Jada Pinkett Smith, Adrienne Banfield-Norris AKA Gammy and trauma psychologist Dr. Alfiee Breland-Noble, who explained the concept of trauma bonding, which "RTT" defined as "when two people subconsciously bond based on shared trauma often stemming from childhood."

Smith introduced Burke, who first shared that she's been sober for four years.

"It's not easy right now, especially during this divorce," said Cheryl, whose divorce from ex Matthew Lawrence was finalized in September. "[It's] waving at me. I didn't want this. My parents got divorced and I would've loved to not have. That wasn't the plan going in. I'm not proud of it, for sure. But then there's also a point where I need to put myself first and my sobriety first."

"And I'm choosing to not date. Date myself, right?" she added. "Easier said than done because, you know, there's a difference of being alone versus lonely. And I am just trying to adjust and take the time because I owe it to myself. But one day at a time, one minute at a time."

The conversation immediately turned to the traumatic abuse Burke said she's suffered for many years, with the dancer first recalling being groomed and molested by her babysitter.

Cheryl said her "first memory as a kid" was seeing her father cheat on her mother. Her parents divorced when she was two. Burke's mom began seeing the man who would become her stepfather. He hired a "retired mailman in his late 60s" to babysit her -- and when she was only five years old, the man started molesting her.

"It was more of a grooming experience. Because it wasn't intercourse," Cheryl said. "It was other -- you know, stuff that happened, sexual acts -- but I never physically felt hurt. Like, there was moments -- and I'm gonna say it now, it didn't feel bad. It was actually intimate. He was grooming me, and he was my definition of love."

"This is what love equaled, right? Seeing my father's infidelity, being abused by this old retired mailman, and I didn't really know what a 'healthy' relationship is or was," she added. "There wasn't a stable father figure in my life. It's like brainwashing at those moments in your childhood when it really matters."

Burke said the abuse lasted "many years and no one said anything," until her older sister's friend "did the right thing, ran home to her parents, and told them, and then they contacted my family."

Cheryl said she testified against her abuser when she was nine. As "RTT" noted, the man was ultimately sentenced to 24 years in prison.

Burke then got into ballroom dancing. While she admitted that she didn't "realize" it until years later, the abuse continued. 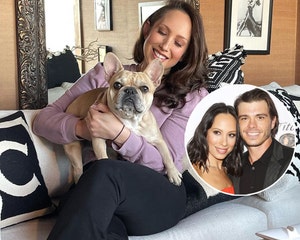 "Ballroom was something that was fun, but you had to grow up fast," she said, as a video of her dancing when she was 11 played on-screen. "Here I am wearing tiny little skimpy dance costumes, eyelashes, fake tan and I'm 11. It was amazing. I mean, thank god for dancing it saved my life."

"But within this industry of the competitive ballroom world, it is so much a man's world. The man leads the woman follows -- off the dance floor and on the dance floor," she continued. "And with that comes abusive partners and abusive coaches. Were there acts of sexual abuse and mental abuse? 100%. And am I just coming to realize that? Yeah, for sure, as I continue to do the work."

Cheryl went on to detail the alleged abuse she endured when was in high school. She said she had two boyfriends whom she said were both "physically and emotionally abusive to a whole other level."

When Jada asked how "it would feel" when a man would "hit" her, Burke said, "That's a great question. Not to get too graphic, but in high school -- I'll never forget -- the person I was with on and off for about four years whipped me with a belt."

"And I had bruises all over my legs. I remember his parents were watching it -- didn't do anything," she claimed. "And it wasn't like he was hitting me, he was whipping me."

The disturbing revelation left the table stunned, with Dr. Alfiee saying, "Oh. That made my chest hurt."

Cheryl admitted that at the time she was in denial. "I would see these welts and even that, I was like, 'Oh that's not really there,'" she said.

"I think I was in shock, and fight, flight or freeze," she explained. "Got in my car, he jumped in his car, kept banging up the back of my car so that I'd pull over, and I wasn't allowed to have friends, let alone dance. I wasn't allowed to stay at after-school programs or even, God forbid, look at somebody."

"Because of this person who was very controlling," she added. "And it didn't stop my relationship with him because I loved the, 'Oh, everything's gonna be okay.' I was addicted to that."

Burke said this pattern is "what I'm trying to reprogram in my brain. That constant adrenaline rush that I'm so addicted to," adding that it's "not sustainable" and it's what led her to drink alcohol. 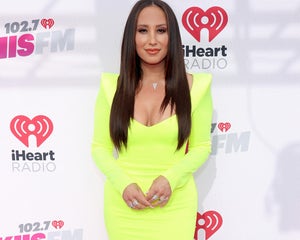 "I was just in survival mode. I used alcohol to numb," she explained. "And I'm an addict and I was a functioning addict. It was when I wasn't drinking people were like, 'What's wrong with you?'"

Cheryl said she learned she was "only attracted to chauvinistic men," and "mommy daddy figures," noting that she was "disgusted" by her first dance partner because he was so "sweet."

Later on, Burke opened up about her divorce from Lawrence, sharing that she got married to see if she was "good enough."

"I mean, we dated when I first got into this business in 2006, and then took a break for a decade, dated again," she recalled. "An ex for a reason, right, but also, I think, for me -- and it has nothing to do with my ex whatsoever -- I wanted to see if I could get married, 'cause there was a lot of this internal 'Am I good enough?'"

"Then there's also a point where I need to put myself first ... I owe it to myself," she continued, adding, "The trauma bond, though, is real."